I always wondered who stayed there for 100 bucks - it's in the ass-end of nowhere as far as business goes, not a tourist hot spot either. Events aside, I couldn't see who would use it to stay.
Meum est propositum in taberna mori,
ut sint Guinness proxima morientis ori.
tunc cantabunt letius angelorum chori:
"Sit Deus propitius huic potatori."
Top

January 6, 2020
Hotel agrees to partially pay laid-off workers
The Great Duke Hotel has agreed to pay 156 laid-off workers some of their missing wages and benefits after both sides agreed to do so during a meeting Friday, according to a worker.

The hotel first opened in 1996 as the InterContinental and was officially rebranded last year as The Great Duke Hotel.

Since June 2019, The Great Duke has faced mounting pressure from staff to pay them as the hotel fell behind on salaries.

The workers have been rallying in front of the hotel to demand their missing wages and benefits following their dismissal.

A meeting was held on Friday attended by representatives of the hotel and the former employees.

“We will receive our December wages and 2019 seniority bonus. We will get these on January 6,” Toch Kosal, a worker representative said yesterday. “The workers were happy to hear that.”

He added both sides will now negotiate on previous year seniority bonuses and the severance compensation.
https://www.khmertimeskh.com/50676920/h ... ff-workers
Cambodia Expats Online: Bringing you breaking news from Cambodia before you read it anywhere else! 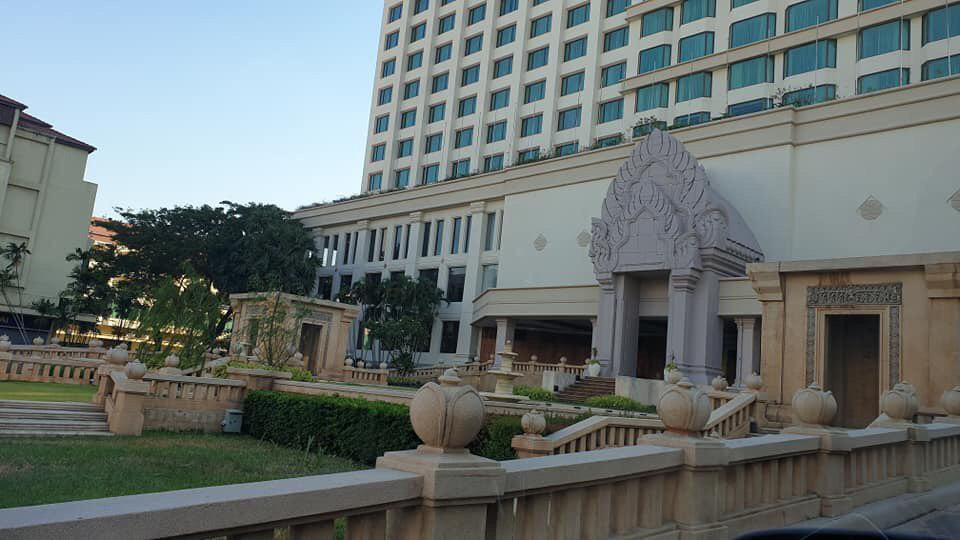 Cambodia News, (Phnom Penh) - It was decided on January 19, 2020, in a meeting by the Great Duke Hotel staff looking for a legal resolution, that they will hold protest rallies on 20 January, and that they will continue to protest until their employer at the hotel agrees to pay them in full. 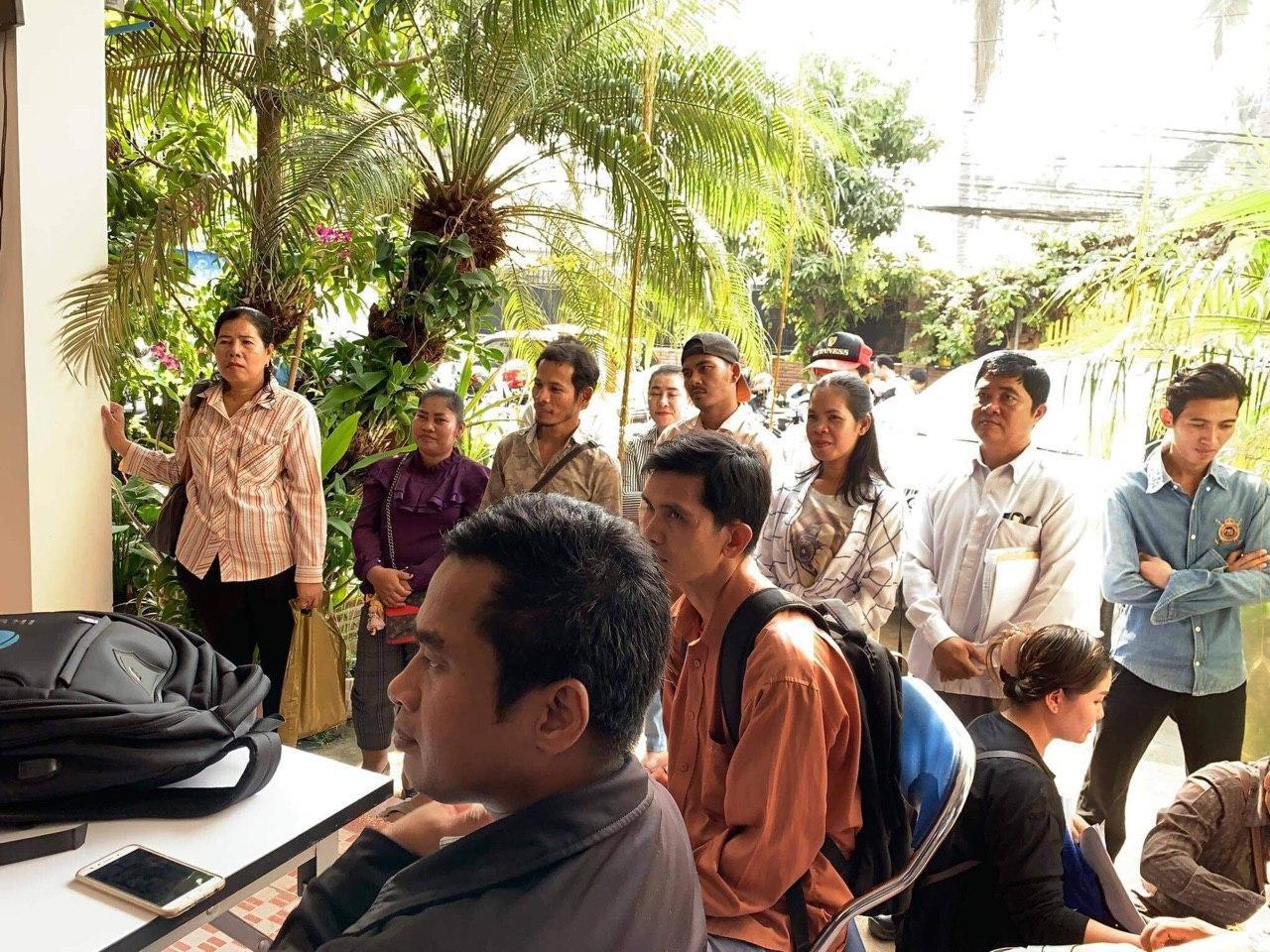 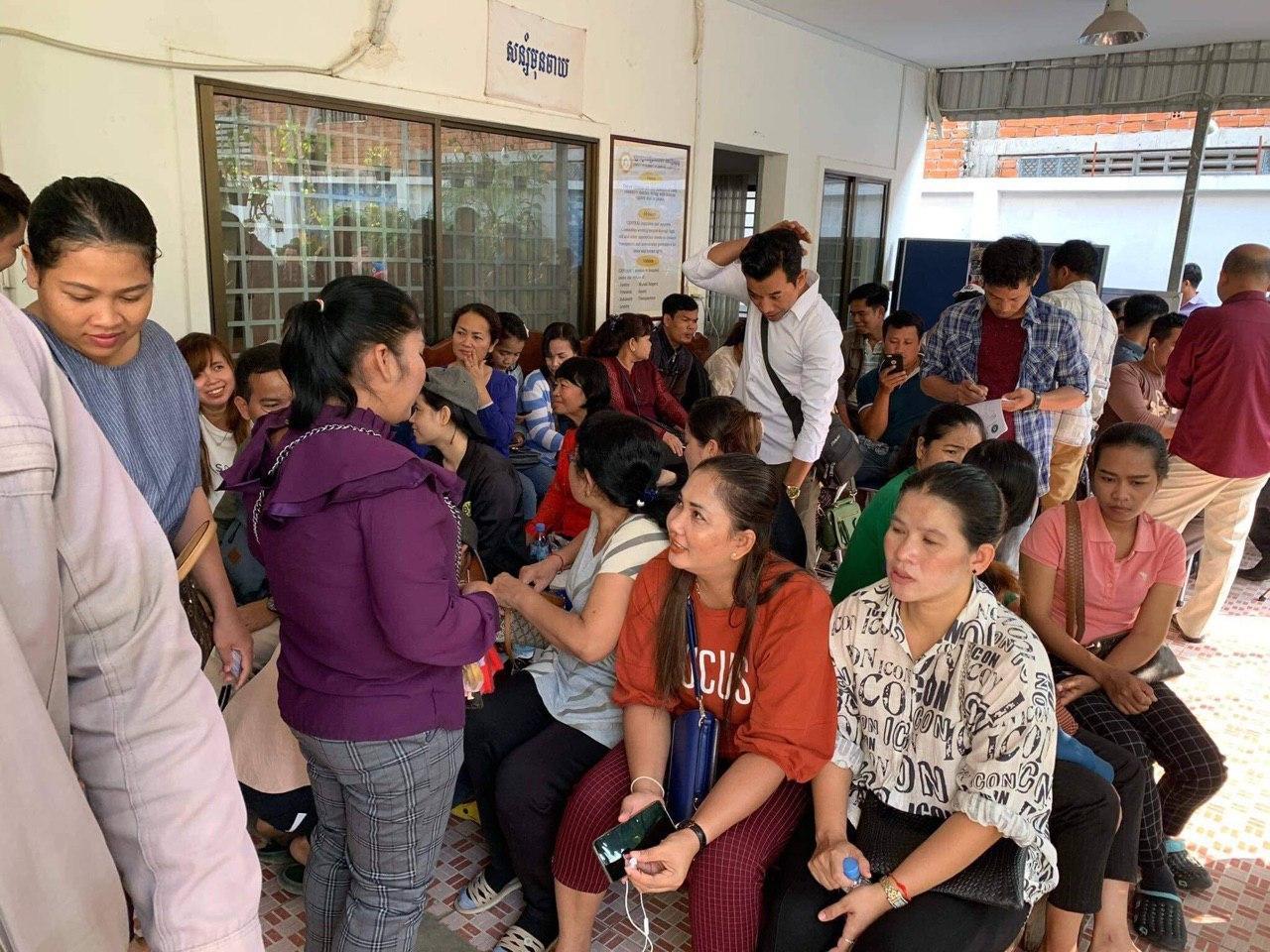 It is reported that the lawyer for the owners has refused to compromise with the staff and their union leaders. More than a hundred ex-employees are taking part in the protests, saying that the hotel owner closed the hotel while still owing them wages and compensation.
Cambodia Expats Online: Bringing you breaking news from Cambodia before you read it anywhere else!

​Former staff of the closed Great Duke hotel have claimed that the owner still owes its employees more than $700,000 in unpaid seniority payments and benefits.

Representatives of the hotel staff met with Labor Ministry officials and the hotel owners’ lawyers this week, but they would not accept the Great Duke’s proposal to pay debt to workers in installments, said Touch Kosal, president of the Tourism Workers Union of the Great Duke Phnom Penh.

“[The hotel] argued that they are bankrupt, they gained no benefits, so they want to pay in installments,” Kosal said. However, some nonunion employees had been told that the hotel had enough money to settle, he claimed.

After a meeting on Thursday evening, Kosal said workers would halt their protest in order to wait for the Labor Ministry’s response.

Kosal said he sent a packet of documents showing the hotel owed $700,000 in unpaid salaries and benefits to the Labor Ministry on Tuesday, and an official from the strikes and demonstrations committee confirmed that it was received. Lawyers for the hotel could not be reached for comment.
https://vodenglish.news/union-turns-dow ... tallments/
Cambodia Expats Online: Bringing you breaking news from Cambodia before you read it anywhere else!

Former staff of the closed Great Duke hotel in Phnom Penh have been awarded compensation by arbiters, as unions again demanded changes to the Trade Union Law, which they say restricts workers’ rights and the ability to organize.

Touch Kosal, president of the Cambodia Tourism Workers Union Federation (CTWUF), which represents former Great Duke employees, said Friday that his union had been awarded three of its four demands by the Arbitration Council, including compensation for seniority benefits, late notice of termination and unused vacation time.

However, Kosal, who also heads the Tourism Workers Union of the Great Duke Phnom Penh, said the union would appeal to Labor Minister Ith Sam Heng over the Council’s decision, announced Thursday, because workers were not awarded compensation for damages.

“We think it is unjust for workers since the hotel was closed and they did not give damages,” Kosal said.

A union lawyer would file the appeal on Monday, when members would also meet to decide whether they would file a court complaint if their appeal is unsuccessful, Kosal said.

The Great Duke, formerly the five-star InterContinental Phnom Penh hotel, announced its closure on December 31 after more than two decades in business. The employer has claimed bankruptcy as the reason it could not compensate 138 former employees who have demanded unpaid benefits.
https://vodenglish.news/great-duke-work ... w-reforms/
Cambodia Expats Online: Bringing you breaking news from Cambodia before you read it anywhere else!

Does anyone know where unpaid employee salaries and severance go during a bankruptcy settlement in Cambodia? Do they get placed before or after securitized loans with creditors?

Having helped a friend through a bankruptcy in the states before, it is actually amazing what you are not allowed to do once you decide you are bankrupt. You can't even pay bills and invoices anymore or you risk being accused of favoring one creditor over another. So it is completely understandable to me the predicament the Great Duke was in. I'm just curious if having secured a judgement against the Great Duke Hotel, is there any chance the employees are likely to collect? Can they legally now demand that securitized assets be sold or auctioned in order to recover the amount due?

Does anyone know how bankruptcies work in Cambodia?
Top

The bankruptcy Administrators are usually the first ones to take money and pay themselves which is why it drags out for ages. They also have the power to sell whatever. to who ever they want, for whatever price they can get. Not always in the best interest of second or third parties but in the interest of the bankruptcy administrators,,, and once they have been appointed noone can dispute their discision as they are the only ones with all the facts and figures..


TIC.
Cambodia,,,, Don't fall in love with her.
Like the spoilt child she is, she will not be happy till she destroys herself from within and breaks your heart.
Top

Here is an example.

Mfone Has Only $1M Left to Pay Its Creditors
By Aun Pheap -October 1, 2015
An administrator in the bankruptcy case of defunct mobile operator Mfone said Wednesday that the company’s creditors had two weeks to claim their compensation before insolvency proceedings were closed.

Ouk Ry, who was appointed by the Phnom Penh municipal court in February 2013 to oversee the liquidation of Mfone’s assets, said that while outstanding compensation claims by the firm’s 327 creditors now stood at $118 million, the company only had $1 million available to settle the claims.

In November 2013, Mfone’s assets—which had been valued at $107 million—were sold at a major discount to Khmer Unified Network Communication Ltd.

He added that taxes, antenna rental locations and salaries for the administrator’s staff had been paid with the proceeds of the sale, but refused to elaborate on the specifics of those payments.

Mr. Ry said that Khmer Unified Network Communication had paid for Mfone’s assets in delayed installments and that a final $1 million payment was made last week, completing the $10 million sale.

“We have to pay the creditors because this is the court’s procedure,” he said. “This is the last payment.”

The two-week time limit was announced in a public notice published in Wednesday’s edition of the Koh Santepheap Daily newspaper, which said that creditors would “abandon their rights to receive compensation” if they did not visit Mfone’s Phnom Penh office within two weeks of the announcement.

Khan Sereyvuthy, a legal adviser to Mr. Ry, said the decision to impose a two-week deadline was made by the municipal court.

“We gave two weeks to the creditors to come and collect the money because the Phnom Penh court required us to do that,” Mr. Sereyvuthy said. “The court will issue an order to close the case soon.”

He added that among Mfone’s creditors, Chinese telecoms firm Huawei claimed the largest share, at $78 million, while Singapore’s DBS Bank claimed $21 million and the Ministry of Post and Telecommunications claimed $4 million.

Mr. Sereyvuthy said that a number of creditors were not pleased with the administrator’s final offer because they would only get back a small portion of what they were owed.

“I received many complaints from the creditors because they are not happy when they get $20 for their thousands-of-dollar debt claims,” he said.

“They threatened to file complaints with the court, but I told them that was a waste of time because the court will close the case after the two weeks of payments.”

A Huawei official, who asked not to be named because he was not authorized to speak to the media, said that the small payments were to be expected due to the steep discount at which Mfone sold its assets.

“Even though the value of the assets is there, if there’s no market, no buyers, then it’s almost nothing, right?” the official said.

(Additional reporting by Anthony Jensen)
Cambodia,,,, Don't fall in love with her.
Like the spoilt child she is, she will not be happy till she destroys herself from within and breaks your heart.
Top

That's the whole point of owning a limited liability company...