Exactly, I stayed there for one night 4 months ago as I bartered an oven won on a company trip to a voucher for one night stay at a junior suite at the Grand Duke (don't ask me about Khmer company-trip-lotteries haha). Anyway, I stayed for free, but the price online was close to $400, which made it the most expensive hotel in the city. It had virtually zero guests. I was alone and never have seen anyone else apart from staff - from swimming pool, to breakfast, etc. Hotel is dated, feels ok for $50 but definitely there are better choices if you have $100 to spend (not mentioning $400). Whoever sets the prices for the Grand Duke is following the Khmer logic of better have the property empty than to lower the price and lose face. Same with Borey houses - years for rent at $1000, and still empty.
The hotel needs a new owner and some touchups, the staff are very friendly and do their best.

it be nice having the pool to your self, but you can stay cheap hotels that focus on Chinese / Russian tour group hotels and get that, as they are never there in the day... only issue is those hotels are often noisy at night
Top

UPDATE: The Great Duke Hotel is closing from tomorrow, 31 December 2019, due to economic problems. This explains the reason for protests from unpaid hotel staff last month. 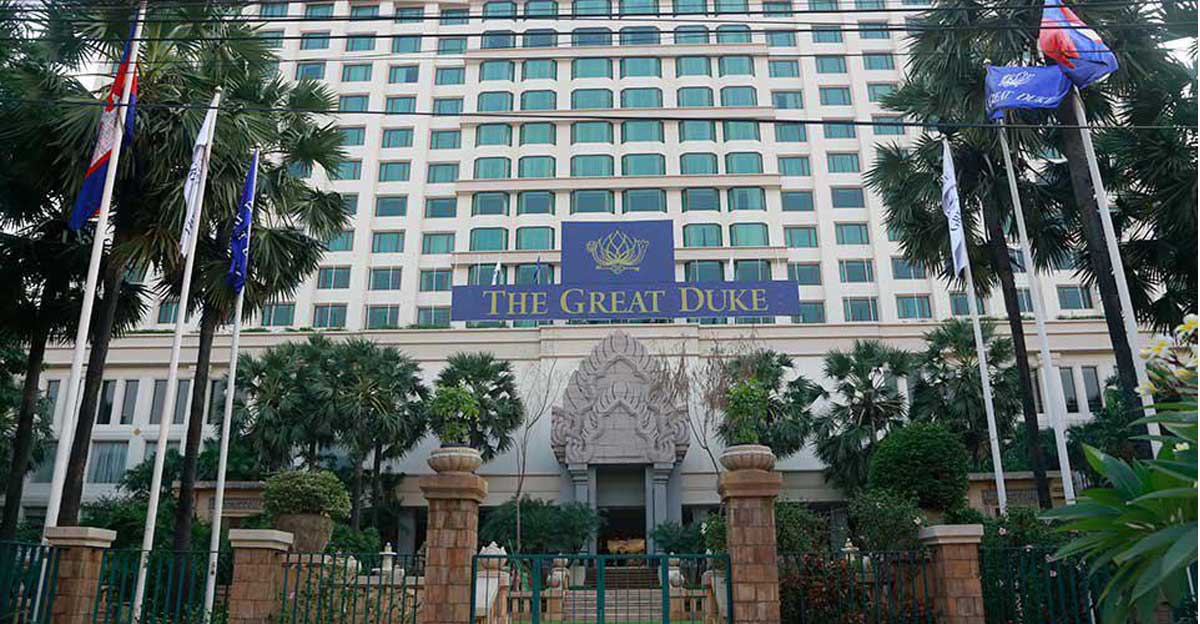 Cambodia Breaking News, (Phnom Penh): It is the end of an era for a historic five-star hotel in Phnom Penh, the former Inter-Continental Hotel,which was later renamed The Great Duke Phnom Penh in early 2018, which has announced that it will be closing its doors tomorrow on December 31, 2019.

The hotel was well-known in Phnom Penh, and is worth remembering that the hotel played a key role in helping Cambodia host the first ASEAN summit in 2002, which welcomed a number of top leaders.

According to the official announcement of The Great Duke Phnom Penh, the reason for the closure is financial. The management have put out a note to staff stating:
“To all employees. Due to economic reasons, we are sorry to inform that the hotel will be closed on December 31, 2019. From the date of this notice, all employees are asked to take a break, not to work. In addition, the hotel has appointed HBS Lawyer to handle the process of closing the hotel, including taking into account the benefits of all employees in accordance with the law. " 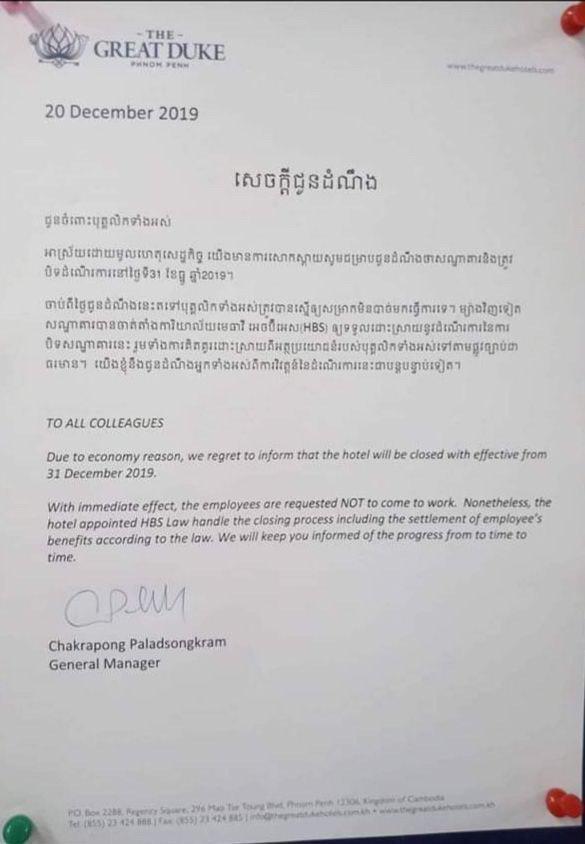 It is not a surprise and the staff can now move on.
I see hotels all over Siem Reap that are closed or teetering on the edge.
They just keep building more.
I worked in some huge hotels and it is quite an experience when they are busy.
The new owners made a huge mistake.
Who knows?
Maybe they were just laundering ill gotten gains and it was always the plan to bale after a year.
It is better the staff is locked out and told NOT TO COME TO WORK.
Instead, of showing up at an empty property and sitting around doing 'their jobs'.
They can get out there and find a new hotel that will fuck them down the road.
Top

So next week it will re-open as the Zhin-Zhsu Hotel and casino.....
Top

Toch Kosal, a staff representative, said the company issued a letter yesterday informing them of the upcoming meeting to discuss compensation for 156 workers.

“On that day, we will know how the company will compensate us,” he noted. “We will have the chance to negotiate with it and hope that the hotel management will pay enough according to the law.”

Mr Kosal added that most of the staff had worked at the hotel for more than ten years.

“The staff have not sought other jobs yet because they are waiting for compensation from the company,” he added. “If the compensation is lower than what the law requires we will protest again, but if the company pays us according to the law we will not protest.”

Since June last year, the hotel has been facing protests from staff after it fell behind in paying their salaries...


Opened in 1996 as the InterContinental Phnom Penh Hotel, it was officially rebranded as The Great Duke Phnom Penh Hotel in 2018 after a new owner took over.
[Staff member] Mr Sophal said that after InterContinental was taken over by the new owner, room rates doubled, resulting in a drop in bookings.
“Previously the room rate was $100 dollar per night, but the new owner raised it to $300 and lost guests,” he said.
https://www.khmertimeskh.com/50675729/g ... mpensation
Cambodia Expats Online: Bringing you breaking news from Cambodia before you read it anywhere else!

Opened in 1996 as the InterContinental Phnom Penh Hotel, it was officially rebranded as The Great Duke Phnom Penh Hotel in 2018 after a new owner took over.
[Staff member] Mr Sophal said that after InterContinental was taken over by the new owner, room rates doubled, resulting in a drop in bookings.
“Previously the room rate was $100 dollar per night, but the new owner raised it to $300 and lost guests,” he said.

I see 2 bad business decisions in there..

The building is owned by Thai Boon Roong. But the Great Duke brand and the one who is operating the hotel is allegedly some Singaporean company.

So the Hotel was not sold outright in 2018, but leased to an alleged Singaporean Company ?
If so, I guess its no skin off TBR, they will just find another Lessee ?
Top

Wonder who was staying there for 300 bucks
Top

The Duke of York? 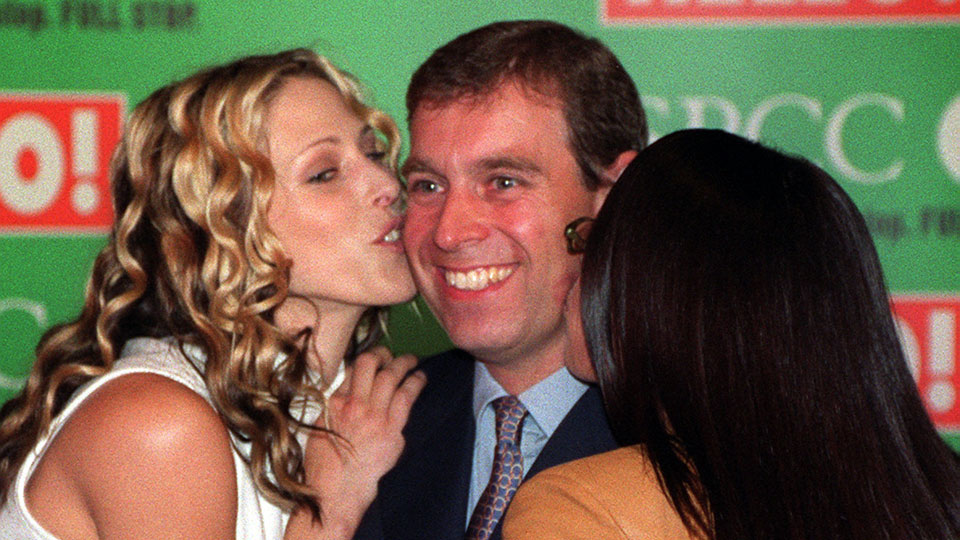