Breaking news from Cambodia can be found here. CEO often finds Khmer news and translates it into English for our readers if it is interesting to expats, locals, Cambodians living abroad and anyone who wants to stay informed of the latest local and international news stories about Cambodia and our neighbors in South East Asia. There are many sources for Khmer news articles and they can all be found here in one place. Most of the media comes out of Phnom Penh, Siem Reap or Sihanoukville, but we cover national Cambodian news from all provinces.
Post Reply Previous topicNext topic
171 posts

The boss said that he was going broke as less customers were buying, and his rent was more than nine thousand dollars.

Since the recent Sino-Cambodian cooperation against illegal online gambling, a series of big moves have been taken; such as a tightening, of Cambodia’s underground spinach (Chinese slang for online gambling).

This follows the announcement b on August 18, 2019, to no longer approve and stop issuing various “Internet Online” business licenses. On the 30th August, the PM issued a further statement: All illegal online gambling activities must be stopped within 2019.

Under such a strong rectification, Xigang (Sihanoukville), and even Bobei (Poipet), have begun to see quieter times.

Yesterday, some netizens broke the news on the Cambodian single-network app. They went to the (SHK) airport to pick up friends, but he encountered a wave of congestion, and the the departures lounge was crowded with (Chinese) people.

Some netizens said that such a large number of people returning to China, whether it is SHK Airport or Phnom Penh Airport, have made long queues, with many forced to have to pay a extra to catch a flight.

[Admin Edit: CNE link removed, but it was *Taken from a popular WeChat blog for Chinese expats in Cambodia.*]
The idea that seeing the world is going from place to place to look at obvious things is an illusion natural to dull minds.
Top

Don't hold your breah. gaming arcades were banned years ago, and they just moved in discreet places you cannot see into, but you can hear the clatter of the fish game through the doors. Most of the internet shops run online gaming as well and provide accounts for locals to use. Not too bright on the betting. During the last Euro final I met a tuk who lost $200 betting on England to win.
me "why did you bet on England, they are useless"
him 'nono we watch English premier league every week. they are good
me yes but those players are not english so they go and play for their own country
him ???
Top

So he’s saying it’s crowded (he’s there picking up friends, to do what I wonder?) so I’m assuming he goes there a lot to know if it’s normal.
Then says the parking lot was full. Which means what exactly? Other people like him are picking up friends?

Sadly nothing will change and the construction will continue and land prices won’t drop. Full steam ahead WestPort!
Don’t listen to Chinese whispers.
Top

The Chinese influx pushed rents and general prices up to crazy levels and you will see a correction downwards as the Chinese flee. Many will leave owing rent and leaving landlords with empty buildings and pockets.

All the Chinese supermarkets and service businesses must be scratching their heads as business drys up.

The gold rush ( online gambling) is coming to an end. Some big loses will certainly see many Chinese licking their wounds and heading to the airport.

Certainly interesting times on the coast. Never pretty when there is a downward spiral.
Top

I predict HE will revise his new law. Licences only for special reasons etc etc.
Don’t listen to Chinese whispers.
Top 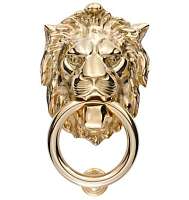 Of course there will be the stealthy ones risking operations under the ban. However, it will never be the same as before; never as conspicious... in presence and in spending.

The dynamics of the game had changed since a few years ago. Cambodia now has 'Big Brother'...
Top

As we enter a global recession I do wonder if a large amount of Sihanoukville will end up abandon, and left as a half finished construction site, with these half Finished collapsing leaving a billion dollar clean up.
Top

I think lots of them may have headed to Phnom Penh. I've never seen so many Chinese in Daun Penh before. Mostly young male Chinese walking around in hordes.
Top

The law only banned the issuing of new licences. It was my understanding that most places were already running online gaming under existing licences, leased from the khmers who hold them.
Top
Post Reply Previous topicNext topic
171 posts