This is a part of our Cambodia forums to chat about anything Cambodia-related. This discussion forum is at the top of our site because it's usually the busiest part of the expat community chatter with random topics on just about everything, including expat life, Khmer politics, Cambodian blogs we have or have come across, or whatever else our members want to discuss. Whether you're an expatriate, tourist, Cambodian or random traveler just passing through South East Asia, you are welcome to talk about anything or start new topics yourselves.
Post Reply Previous topicNext topic
402 posts

A handful of expats already living in Cambodia have been told by Immigration when leaving the country that they are banned/blacklisted from reentering Cambodia after they exit. The ex of the deceased Rebels MC Cambodia member, Lachlan Cummins, who passed away in a motorbike accident back in 2017, reached out to CEO and told us that immigration didn't tell her why she was blacklisted from coming back, just that they have a list of 23 expats that are blacklisted because they are 'related' to Rebels MC. It appears that they are all in or somehow related to Rebels MC Cambodia. She is clearly one of the 23 expats that have been blacklisted from entering the country because of their 'motorcycle club' affiliation.

Here is what she's told CEO:

Hi there! Not sure that it would be interesting for you but Cambodian immigration has blacklisted 23 expats. Usually, we only find it out while crossing the border. Can send you more details if interested. For the moment we know about 4 expats refused to enter the country (2 Australians, 1 English and 1 Russian). I had a flight to Denpasar from Phnom Penh airport when an immigration officer told me that I'm blacklisted and won't be allowed to come back. Finally, they told me that there is a list of 23 expats related to the Rebels MC that are not allowed to enter the country.

If you remember, a member of this club passed away in the accident on 31.10. You had news about it. I was his girlfriend so I had to sign all the police reports and prepare the other papers. So now they think that I'm related to this MC. As I was told, ASIO (Australia) is checking all the club members. There is a branch in Cambodia. Also, they check everyone who is related to the club. I have checked my passport on another border and was told that I have a criminal record and not allowed to enter the country. I have been legally living in Cambodia for about 5 years. I have extended my visa about 3 months ago. The immigration officer has cancelled my visa at the airport.

Mark didn't know that he was blacklisted. He has a Cambodian family. Another guy has a business in Cambodia. They just said that we are on the list. That's all.

My boyfriend was in the club. But he passed away in the motorbike accident nearly 2 years ago. He was Australian. Lachlan Cummins. It was on your website, btw. As I know they have banned all members and some related people. Mark is their friend, that's why I know him. Stevie had a bar in SHV where they used to hang out. 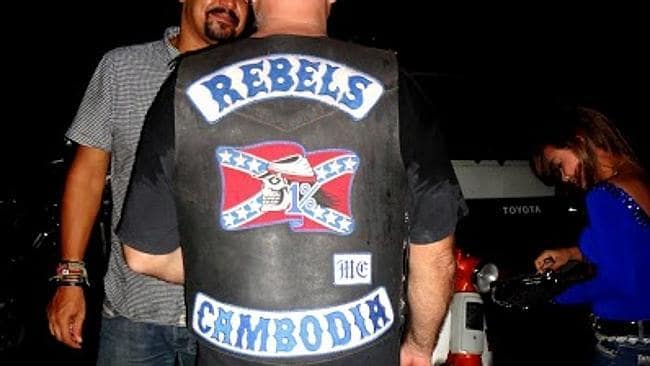 The man she's referring to as Mark had this to say about it on social media:

Panic mode on. Just passed through immigration at Phnom Penh and was told there was a problem and I couldn't return without contacting the DoI. I was also told I should know what the problem is, I don't. Does anyone have a phone number for the DoI that I can call when I get to KL or can the embassy help me? I'm with the wife and kid and am due to fly back on the 7th.

Update, been trying to call DoI no answer. Tried the embassy in KL and they say they can't help. I might head there on Monday.

DoI not answering their phone. Had people in Phnom Penh try also. Does anyone have a direct contact number? My wife is stressing out and it's her birthday to boot.

My friend was given a visa sticker at Koh Kong then they wouldn't stamp him in, again no reason given. The blacklist thing was told to me by someone in a similar situation, not by immigration. He paid his $35, and yes the passport control officer said no you can't enter, yes they reluctantly gave him his money back. He has lived in the kingdom for about 10 years the same as me. We can't think of anything we have done that the Cambodians would have a problem with. Again today the DoI are not answering their phone today. My plan is to travel back with my family and see if I can get some sense out of them at the airport, unfortunately, our flight lands at 15.55 and I'm pretty sure the DoI shuts at 16.00 so I'll probably be deported back to Malaysia then my missus will go to the DoI on Thursday and try and sort this mess out.

We both have had 2 EG both were previously on EB. The tourist visa could be an option until I sort shit out. My brother-in-law is going to the DoI in the morning to try and get an alternate number. The guy at the embassy in KL is also waiting on a response from them.

I've been deported from a European country previously. It's not something I want to happen again. I was young and stupid and got deported 30 years ago from the UK for Visa overstay.

I started on EB in 2011, changed to EG when the rules changed, was going to change to an ER after this nightmare trip. Prior to 2011 I had quite a few tourist visas but no extensions. I have a dual national child.
Cambodia Expats Online: Bringing you breaking news from Cambodia before you read it anywhere else!

Probably a good idea not to wear my Son's of Arthritis shirt next time I enter the KOW. I never understood why patched members of OMG s are allowed in or anyone else that advertises they belong to an organized crime family or terrorist group.
Top

I don't have a lot of respect for biker sorts at all. Back in the day I was in a blues band which played a couple of local clubs and found members to be cunts, mostly. I'd be interested to read a personal account of what it was like for the women involved, though.
The idea that seeing the world is going from place to place to look at obvious things is an illusion natural to dull minds.
Top

The list wasn't drawn up out of thin air, nor were the crack investigators in the CNP behind this listing. I would look to the AFP for answers.
===============
We are all puppets in the hands of an insane puppeteer...
--Brother Theodore
Top

The timing seems very coincidental after the group got a lot of coverage last month in global media...and Vice

But if they are targeting the gang, why zero in on people who have no real connection and are certainly not members?

The Aussie bloke rides a pink moto ffs, hardly 'born to be wild'.
Too weird to live, too rare to die
Top

Felgerkarb wrote: ↑
Thu Aug 08, 2019 6:12 pm
The list wasn't drawn up out of thin air, nor were the crack investigators in the CNP behind this listing. I would look to the AFP for answers.


Well if the AFP are behind it, they need new investigators as the only 3 folk targeted so far have little to do with the Rebels proper and are definitely not involved in drugs trafficking
Too weird to live, too rare to die
Top 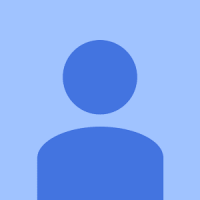 I am not a member, I have never been a member, I just know some of the guys from when I lived in Sihanoukville. I ride a pink scooter
Top

The Oz feds may be trying to narrow down the odds.
As known rebs would be to obvious

I am not a member, I have never been a member, I just know some of the guys from when I lived in Sihanoukville. I ride a pink scooter


OK,,, hands up all those in the ''Pink Scooter Club ''
Cambodia,,,, Don't fall in love with her.
Like the spoilt child she is, she will not be happy till she destroys herself from within and breaks your heart.
Top
Post Reply Previous topicNext topic
402 posts