The Bail Challenge in Southeast Asia

The Bail Challenge in Southeast Asia

Changes need to be made to bail systems to ensure that true justice is served for all.

"Take one example: In November 2018, when Cambodian Interior Minister Sar Kheng revealed that year’s prison stats, they were shocking. Of the 31,008 inmates in Cambodia’s 28 prisons, almost 72 percent were being held in pre-trial detention. In other words, only a third of Cambodia’s prison population has been convicted of a crime."

"Given the amount of flak the Cambodia justice system receives for having one rule for the rich and another for the poor (a source of great discontentment in society) it was rather sensible, though uncommonly so, for the government last month to drop its planned “hotel” prison project, in which wealthy offenders could cough up for what Ministry of Interior spokesman Khieu Sopheak called a “5-star priso"

"What is to be done? Firstly, most countries could lower the cost of bail, meaning that both rich and poor defendants don’t have to enter pre-trial detention. If this happened alongside a campaign to instruct citizens about their right to bail, and courts were instructed to be more relaxed on bail terms, it would have a marked impact. Licadho, the Cambodian NGO, spells out in a few sentences why this is an incredibly rational and easy idea to understand. “If pre-trial detention was limited to only the most exceptional cases,” it report states, “the judiciary would have to prioritise cases according to their severity, easing the workload on an already overloaded judiciary and prison system while those accused would remain able to participate in society until their guilt had been determined."

"But there are many reasons why the justice system of a country, like Cambodia, systematically refuses to grant more defendants bail, none of which are self-flattering. One such reason why Cambodia keeps so many people in pre-trial detention is that it has so little confidence in its own law enforcement."

Full https://thediplomat.com/2019/07/the-bai ... east-asia/
The idea that seeing the world is going from place to place to look at obvious things is an illusion natural to dull minds.
Top 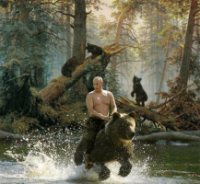 Re: The Bail Challenge in Southeast Asia