Have questions or resources regarding Khmer Culture? This forum is all about the Kingdom of Cambodia's culture. Khmer language, Cambodian weddings, French influence, Cambodian architecture, Cambodian politics, Khmer customs, etc? This is the place. Living in Cambodia can cause you to experience a whole new level of culture shock, so feel free to talk about all things related to the Khmer people, and their traditions. And if you want something in Khmer script translated into English, you will probably find what you need.
Post Reply Previous topicNext topic
29 posts

This year marks the eighth edition of the event, which is held on one of the four coastal provinces on a rotating basis.

The Ministry predicts that this year the event will attract 500,000 visitors, and has encouraged local businesses to participate, saying it will allow them to showcase their products and services to both local and international visitors.

Kampot province is well-known for its agriculture products, particularly Kampot pepper and durian.

Ministry spokesperson Top Sopheak told Khmer Times on Tuesday that the event aims to promote the coastal areas to foreign and domestic travellers.

“It aims to increase tourist numbers and attract investment, as well as promote the development of the coastal areas,” he said.

According to Mr Sopheak, the government is planning to organise the festival in Preah Sihanouk province next year.
https://www.khmertimeskh.com/50626838/s ... in-kampot/
Cambodia Expats Online: Bringing you breaking news from Cambodia before you read it anywhere else!

The commitment was agreed during a recent preparation meeting chaired by Minister of Tourism H.E. Thong Khon and Kampot Provincial Governor H.E. Cheav Tay at the provincial hall.

The minister also underscored the importance of food quality and safety as well as sanitation and waste management for the service.

In addition to Food Street as a committed priority during the December 20-22 Sea Festival, the preparation meeting also touched on security, improved transportation service, clean beaches, site decoration, diversification of local tourist destinations, and beyond.

As a host of the 8th Sea Festival, Kampot expects to attract some 500,000 visitors during the celebration this year.
https://www.akp.gov.kh/post/detail/15901
Cambodia Expats Online: Bringing you breaking news from Cambodia before you read it anywhere else!

‘Food Street’ to be built in Kampot ahead of Sea Festival

Kampot will be the first province to have a ‘Food Street’, an area with dozens of vendors offering local delicacies as part of a government scheme.

‘Food Street’ is a government-sponsored programme to attract more tourists to Cambodia by enhancing access to high-quality and hygienic local dishes.

The ‘Food Street’ in Kampot will be the first of many, each one highlighting the local delicacies of each province.

The Ministry said Kampot was chosen as a model for the scheme because the province will soon host the eight Sea Festival, an important event held every year on a different coastal province on a rotating basis.

Full https://www.khmertimeskh.com/50638010/f ... -festival/
The idea that seeing the world is going from place to place to look at obvious things is an illusion natural to dull minds.
Top

The ministry called on service providers to strengthen the quality of their services and products to ensure these visitors enjoy their time at the festival and said the event is a perfect platform to promote the Kingdom’s tourism potential to locals and foreigners.

In a meeting last week with Kampot authorities, Tourism Minister Thong Khon called on the provincial government and tourism service providers in Kampot to improve tourism products and services to attract as many visitors during the festival as possible.

This year’s Sea Festival, held under the theme ‘Clean City, Beautiful Bay, Healthy Tourism’, will be held in Kampot province on Dec 20-22.

The annual festival is held every year in a different coastal province. Kampot, Kep, Preah Sihanouk and Koh Kong hold the event on a rotating basis.

Mr Khon asked hotels and guesthouses to refrain from increases fares during the festival, which, he said, could discourage tourists from attending the festival.
https://www.khmertimeskh.com/50668494/s ... -minister/
Cambodia Expats Online: Bringing you breaking news from Cambodia before you read it anywhere else!

That's great. Now, if only those 500 000 visitors had a road to travel on...
Ex Bitteeinbit/LexusSchmexus
Top

Yes, it's quite impressive how Kampot is so clean these days. They are fixing up all the footpaths and putting in new concrete on the riverfront. Lots of fantastic lighting along the river too. Food tents in the town centre for the Street Food Festival are getting ready for the 3-day party too.
Just a shame that so many things only get fixed and repaired when there is a big festival in town. There are a lot of other Cambodian towns too which would be so much more attractive if the authorities would clean up the riverfronts and make a bit of an effort.
Top

Koh Kong cleaned up part of the riverfront by moving the food vendors away. Before that people eating left rubbish behind.

Kampot already had a kind of Food Street, the road running in from the moto bridge.
Top

Yeah, the waterfront in Koh Kong has been tidied up to some extent from the Sea Festival experiences too.
Unfortunately, as Hwy says above, at some cost to the outside eating stalls. Also to the local fishing piers that gave it its character, and were also the best option for tour boats.
The lessening of trash in this public waterfront area is due to authorities now insisting the stalls are responsible for cleaning up the whole area, including where people sit and eat. every night.

Progress yes, but could be done quicker and with more "sophistication" ie, leaving the unique seaside character intact but still making it pleasant.
Top

Maybe they will do like Singapore and put all the food stalls under one roof? Then all can be kept clean and tidy?

Of course Singaporeans gravity to law, order, and tidiness. And Khmer? Not so sure.
Top

Getting ready for next weekend: 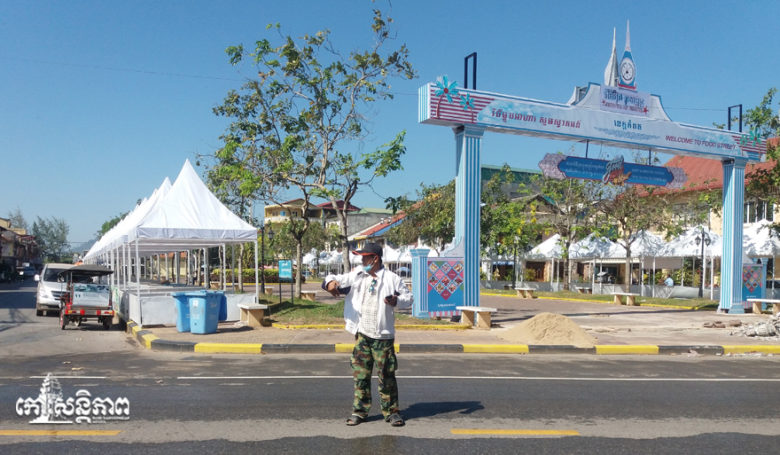 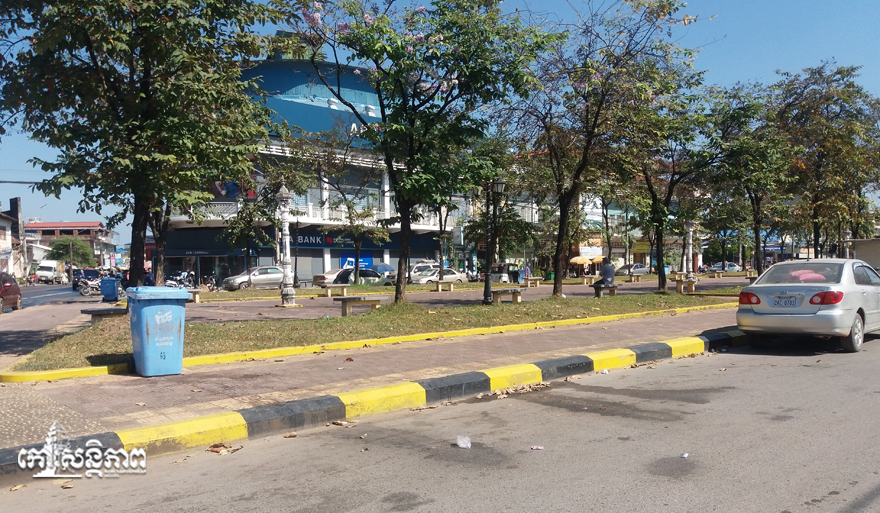 Users browsing this forum: No registered users and 102 guests