3 Massage Ladies Nabbed as They Run Off with $900

3 Massage Ladies Nabbed as They Run Off with $900 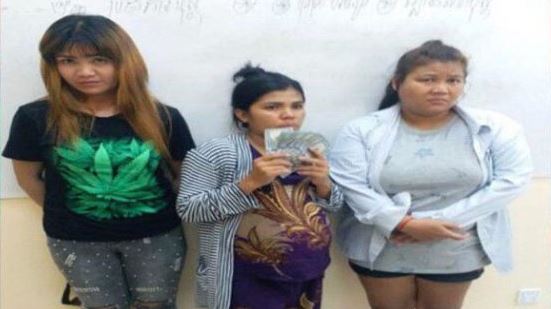 The 39-year-old victim, Horn Heang Pheng, was so relaxed that he was almost asleep while one of the women massaged him, and in the meantime, one of the other two women crept into the room and stole the money from his wallet, almost $900. The three women then locked the victim in the room and ran off with the loot. At this, the victim saw that he had been robbed and began to scream for help.
Police on patrol heard the cries and apprehended the three suspects: Bun Srun, 25 years old, Chuon Dallin, 33, and Sothe Sok Heng 30 years old. The money was recovered and returned to the victim of the robbery.

The woman with the great t-shirt is also featured in the fashion thread here:
general-chatter/cannabis-fashion-goes-v ... ml#p344570
Cambodia Expats Online: Bringing you breaking news from Cambodia before you read it anywhere else!