It's Official; We are Killing Life on Earth

This is a part of our Cambodia forums to chat about anything Cambodia-related. This discussion forum is at the top of our site because it's usually the busiest part of the expat community chatter with random topics on just about everything, including expat life, Khmer politics, Cambodian blogs we have or have come across, or whatever else our members want to discuss. Whether you're an expatriate, tourist, Cambodian or random traveler just passing through South East Asia, you are welcome to talk about anything or start new topics yourselves.
Post Reply Previous topicNext topic
72 posts 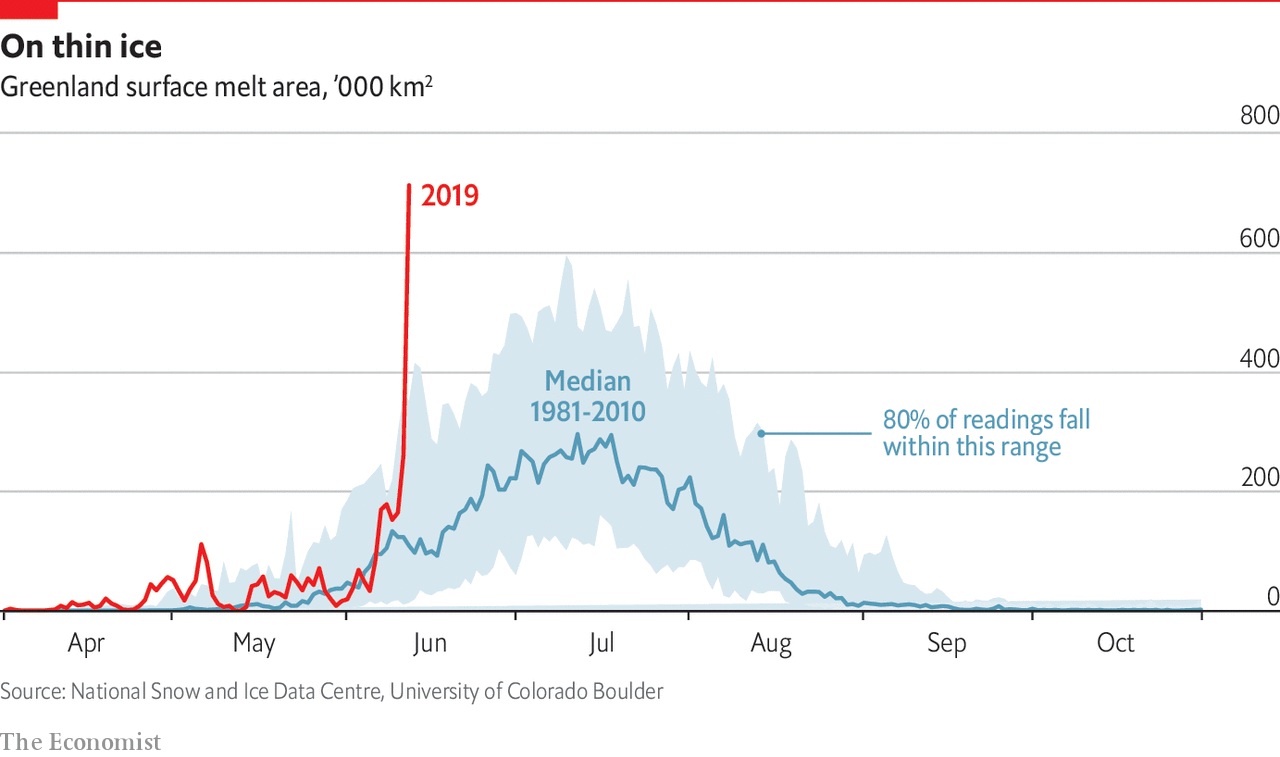 Yuh, looks like my earlier joke may not be too far fetched.. Those now in their 50s,60s,70s and beyond have for decades been aware of all these warnings. Most will agree that industrial emissions are playing a part, but is it arrogance to assume that we hold more sway than Nature itself?

Global cooling and warming has occurred in the past and will continue into the future. Good luck if you think we can control Nature.

New Zealanders are aware that the massive Alpine Fault which runs the length of the South Island is scheduled for its next massive rupture. These jolt the country every 300 years or so, with the most recent being in 1717. It is Nature working its cycles, and most NZers under the age of 30 will surely experience the next one.
MY 99 CENT KINDLE: ... 1974 TRAVEL IN THAILAND, CAMBODIA AND SOUTH VIETNAM : http://www.amazon.co.uk/EXPLAINING-CAMB ... B00L0LC8TO
Top

The survival of the natural world upon which humanity depends hangs in the balance, according to the new chair of the global scientific body for biodiversity.

Ana María Hernández said she did not know if society could make the major changes needed to stop the annihilation of wildlife, which some scientists thought was the start of a mass extinction. It would be very difficult to shift society out of its current “comfort zone” of business-as-usual, but she thought the much higher environmental awareness among young people was a reason for great optimism.

Hernández is chair of the Intergovernmental Science-Policy Platform on Biodiversity and Ecosystem Services (IPBES), which in May published the most thorough planetary health check ever undertaken. It concluded that human society was in jeopardy from the accelerating decline of the Earth’s natural life-support systems, with a million species at risk of extinction.

The destruction of nature by the razing of forests, overhunting and fishing, pollution and the climate emergency has slashed wildlife populations by 60% since 1970 and plant extinctions are running at a “frightening” rate, according to scientists. The web of life that provides the food, clean air and water on which society ultimately depends is being dismantled by unsustainable methods of production and wasteful lifestyles, say conservationists.
https://www.theguardian.com/environment ... life-chief
Cambodia Expats Online: Bringing you breaking news from Cambodia before you read it anywhere else!

'No doubt left' about scientific consensus on global warming, say experts
Extensive historical data shows recent extreme warming is unprecedented in past 2,000 years
Jonathan Watts
Wed 24 Jul 2019 18.00 BST
The scientific consensus that humans are causing global warming is likely to have passed 99%, according to the lead author of the most authoritative study on the subject, and could rise further after separate research that clears up some of the remaining doubts.

Three studies published in Nature and Nature Geoscience use extensive historical data to show there has never been a period in the last 2,000 years when temperature changes have been as fast and extensive as in recent decades.

It had previously been thought that similarly dramatic peaks and troughs might have occurred in the past, including in periods dubbed the Little Ice Age and the Medieval Climate Anomaly. But the three studies use reconstructions based on 700 proxy records of temperature change, such as trees, ice and sediment, from all continents that indicate none of these shifts took place in more than half the globe at any one time.
Full article: https://www.theguardian.com/science/201 ... -passes-99
Cambodia Expats Online: Bringing you breaking news from Cambodia before you read it anywhere else!

Global warming isn't something new, it started way back in time.


Compilation of modern and historical length change records for Franz Josef and Fox Glaciers demonstrates that these glaciers have lost ~ 3 km in length and at least 3–4 km2 in area since the 1800s, with the greatest overall loss occurring between 1934 and 1983. Within this dramatic and ongoing retreat, both glaciers have experienced periods of re-advance. The record from Franz Josef Glacier is the most detailed, and shows major advances from 1946 to 1951 (340 m), 1965–1967 (400 m), 1983–1999 (1420 m) and 2004–2008 (280 m). At Fox Glacier the record is similar, with advances recorded during 1964–1968 (60 m), 1985–1999 (710 m) and 2004–2008 (290 m). Apart from the latest advance event, the magnitude of advance has been greater at Franz Josef Glacier, suggesting a higher length sensitivity. Analysis of the relationship between glacier length and a reconstructed annual equilibrium line altitude (ELA) record shows that the glaciers react very quickly to ELA variations — with the greatest correlation at 3–4 years' lag. The present (2014) retreat is the fastest retreat in the records of both glaciers. While decadal length fluctuations have been linked to hemispheric ocean–atmosphere variability, the overall reduction in length is a clear sign of twentieth century warming. However, documenting glacier length changes can be challenging; especially when increased surface debris-cover makes identification of the ‘true’ terminus a convoluted process.
Cambodia,,,, Don't fall in love with her.
Like the spoilt child she is, she will not be happy till she destroys herself from within and breaks your heart.
Top

Today;
BHP boss warns of climate change risks and ‘mass extinctions’
The boss of the biggest mining company in the world acknowledged a scary prediction about climate change overnight.

BHP Group chief executive Andrew Mackenzie has acknowledged the use of fossil fuels could present an “existential” threat to the planet in a landmark speech overnight.

In his speech at a business breakfast in London, the boss of the world’s largest mining company described climate change as “indisputable” and escalating towards a crisis.
“Previous events when CO2 was added to the atmosphere more slowly and sometimes in similar amounts show us what may happen if we do not act. These events coincided with mass extinctions and major rises in sea level,” he said.

Mr Mackenzie said society had released greenhouse gases at rates much faster than at any other time in the geological past.
“The evidence is abundant: Global warming is indisputable,” he said.

“The planet will survive. Many species may not.”
Mr Mackenzie acknowledged a report from the International Panel on Climate Change (IPCC) released last year that showed the risks of global warming were much worse at 2 degrees than 1.5 degrees.

The report noted all scenarios it modelled for keeping global warming to 1.5C would involve cutting the use of coal-powered electricity to practically nothing by 2050.
During his speech on Monday (local time), Mr Mackenzie endorsed carbon pricing but said it was not enough to combat the looming threat of mass extinctions and major sea rises.
“Single solutions are likely to fall short. While we endorse a carbon price this is not enough in isolation,” he said.

Mr Mackenzie announced BHP would spend $US400 million ($A570 million) to create a climate investment program to reduce emissions from its own operations as well as those generated from its resources.

“Use of emissions-intensive products from the resource industry have contributed significantly to global warming,” Mr Mackenzie said, while noting BHP’s emissions in 2017 were less than those in 2006.
It is also strengthening the link between emissions performance and executive renumeration from 2021 and has invested $6 million in Carbon Engineering Limited, a Canadian company focused on developing ways to capture carbon dioxide from the atmosphere.

But he said prudent risk management meant BHP was planning to protect against the downside.
Mr Mackenzie said global warming required a “co-ordinated global response” and no single solution could combat it.

“An ‘all-of-the-above’ solution barely gets us there,” Mr Mackenzie said. “All emitters, resource companies, customers, consumers must play their part together with governments to meet the climate challenge.
Top

The earth is about 6 billion years old. We've been around for about 200,000 years. In that time we have trashed the place.

Better the Earth be wiped clean to try again than the alternative. That alternative is a one-Government police planet in which 99% of people barely survive and the 1% enjoy total wealth.
The level at which the technology of snoopervision is developing means a sad future for privacy, freedom or democracy. The final nail in the coffin is when cash is eliminated. Then governments can track you anywhere and everywhere, know exactly what you are doing and cut you off from finances at any time. That technology already exists, I give physical money another 30 years at best.
Top