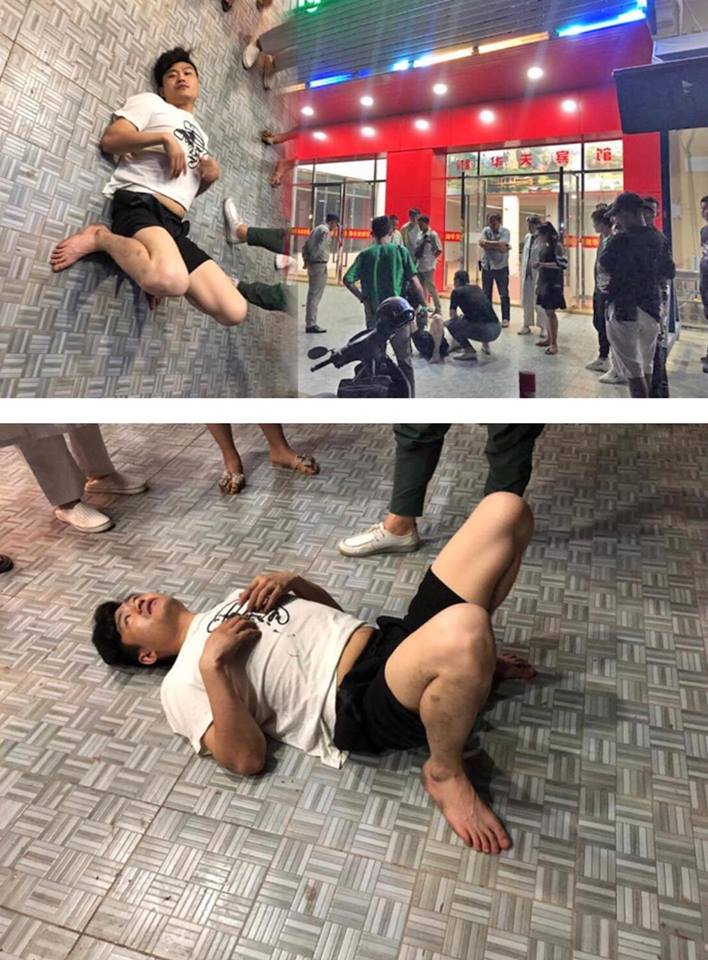 Phnom Penh, Cambodia News: An unidentified Chinese man, identified only as a drug addict,tried to stab himself to death on April 20, 2019, at Sang Hortea Guesthouse, in Sangkat Katab2, Khan Porsenchey, Phnom Penh.

According to the owner of the guesthouse, the Chinese man checked in at 4 pm, on April 19. Then, the next day, there was a major alarm when they heard screams coming from the victim's room after he took a knife and repeatedly stabbed himself causing injury.
When the guesthouse staff saw that the guest had attempted suicide in his room they reported the incident to the police immediately. The victim was sent to the hospital for urgent treatment.
Cambodia Expats Online: Bringing you breaking news from Cambodia before you read it anywhere else!

Re: Chinese Man Attempts to Stab Himself to Death in Phnom Penh Guesthouse

Why does anyone try to stop the fucking Chinese from offing themselves?
Top
Post Reply Previous topicNext topic
2 posts • Page 1 of 1