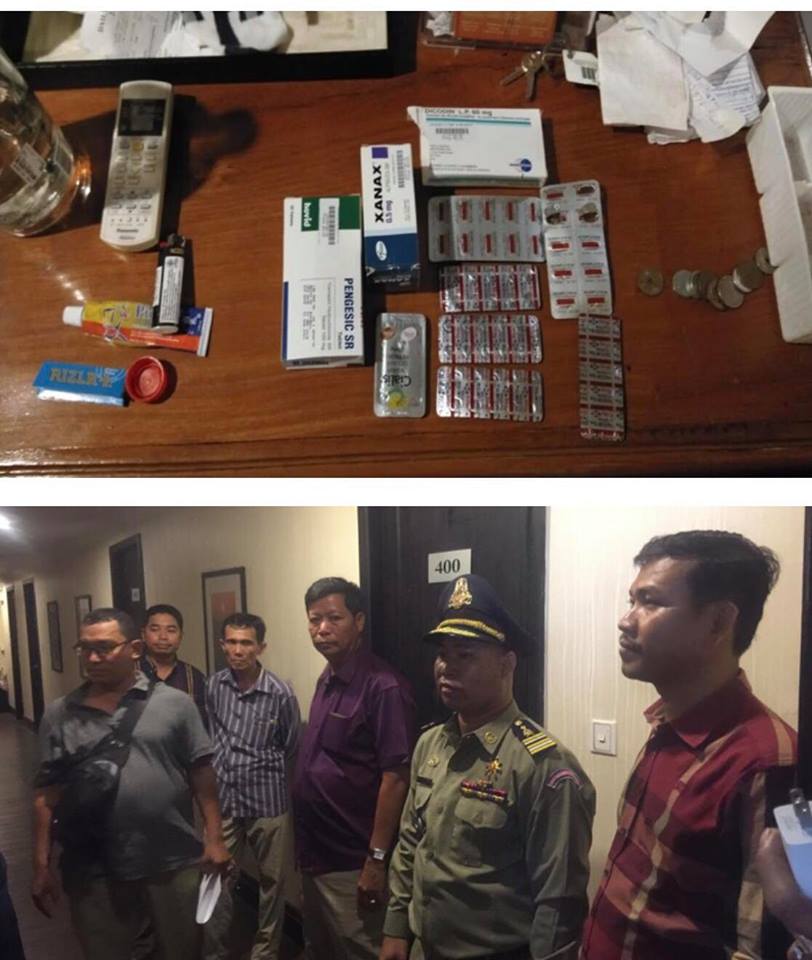 After receiving the information of the death of a foreign man from the hotel, the specialist police reporting to the Phnom Penh court prosecutor, criminal police, and the immigration police, went to the scene to examine the body, and subsequently determined that the victim died of a heart attack after he had taken an overdose of a mixture of pharmaceutical drugs. 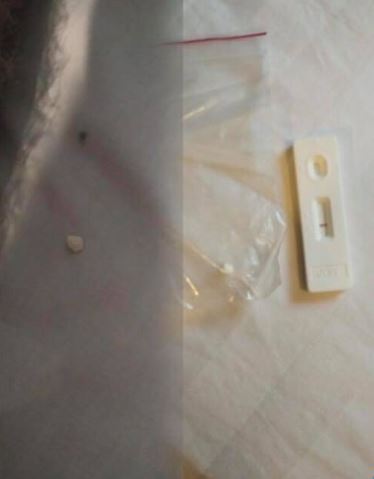 The police also found and reported a passport and 8 ATM cards belonging to the deceased. 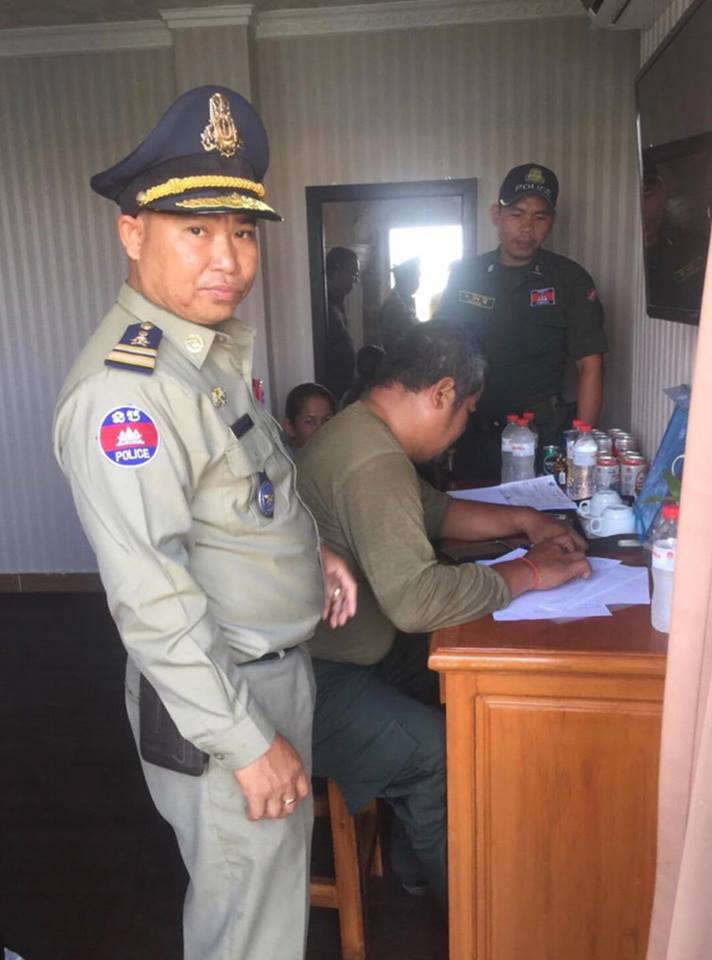 The body has been sent to keep at the pagoda in Khan Teung Thla for funeral preparation.

Fred Bracken has been in the news several times already for a 'hate crime' in St Catherines, Niagara, Canada after calling a Canadian Muslim a 'terrorist,' and was later jailed for brutally attacking someone while he was protesting, wearing his MAGA hat.

After Fred Bracken was jailed for assault he disappeared and clearly made his way over to Cambodia, where he has now been found dead from a drug overdose. 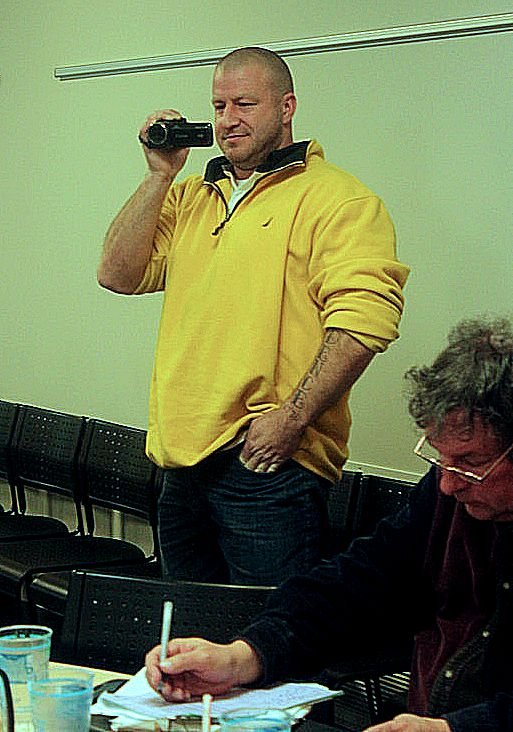 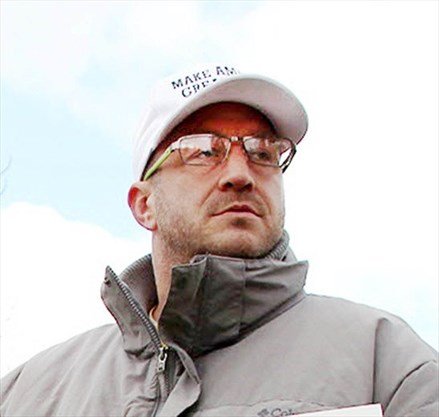 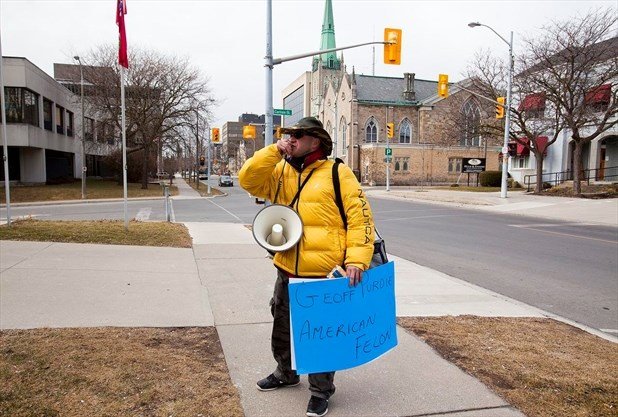 Even in death, Fred Bracken ended up making headlines.
Cambodia Expats Online: Bringing you breaking news from Cambodia before you read it anywhere else!

Besides pharmaceutical drugs, it looks like he combined it with sniffing airplane glue, a deadly combination. RIP
Top

At least he wasn’t pregnant.
The red packages in the bottom right x 4 are oprodizmole, or whatever the spelling, for reducing acid in the gut.

What a waste of a precious life.
RIP
Top

What is in that minigrip bag? Glue or some white pieces of some drug?
Top

CEOCambodiaNews wrote:The police also found and reported a passport and 8 ATM cards belonging to the deceased.

RIP poor guy, hope you find the peace you never found in life.

How is that possible?
Top

It appears that Fred was a shit stirrer extraordinaire back home in Canada. Not that there’s anything wrong with that.
Top

Has anybody else noticed that the pill cards appear to be largely unopened. ??
I am no pill expert but it does not look like the makings of an overdose to me.

RIP anyway Fred, we got plenty of shit stirrers here so you certainly won't be alone bro.
Top

SternAAlbifrons wrote: ↑
Sat Apr 20, 2019 10:22 pm
Has anybody else noticed that the pill cards appear to be largely unopened. ??
I am no pill expert but it does not look like the makings of an overdose to me.

RIP anyway Fred, we got plenty of shit stirrers here so you certainly won't be alone bro.

Yeah it is automaticly OD/heart attack if they see any meds or drugs in the room..
Top

Updated this article a bit, as it seems Fred Bracken has been in the Canadian news a lot lately.

Christine Carter and Michael Krygier-Baum, for the respondent

On appeal from the judgment of Justice T. Maddalena of the Superior Court of Justice, dated February 12, 2016, with reasons reported at 2016 ONSC 1122 (CanLII).

[1] The appellant, Mr. Bracken, describes himself as a citizen journalist. When he disagrees with government decisions, he states his opinions, demands answers, and makes use of traditional means of protest, such as marching in the town square. He also video records his protests and interactions, sometimes aggressively questioning people at a proximity they find uncomfortable. He can be confrontational, loud, agitated, and excitable. He is a large man and some people find him intimidating.

[2] The respondent, the Town of Fort Erie, is like all employers, required to take steps to protect the safety of its employees. It has a Workplace Violence Prevention Policy, and a Workplace Violence Committee and Officer. When Mr. Bracken protested outside the Town Hall on June 16, 2014, an employee inside Town Hall who had never seen a protest before was alarmed. She placed the Town Hall under lockdown, and advised the interim Chief Administrative Officer of her fears for her safety and the safety of others.

[4] As I explain below, the Town’s response to Mr. Bracken’s protest, in expelling him from the premises and issuing the trespass notice, was a violation of his rights under the Canadian Charter of Rights and Freedoms. I would quash the trespass notice.

[5] In what follows, I will set out the events of June 16, 2014, which must be placed in the context of an on-going dispute between Mr. Bracken and the Town of Fort Erie, particularly with its former interim CAO, Richard Brady. I will then address the errors in the reasons of the application judge, which led her to conclude, mistakenly, that Mr. Bracken’s acts of protest were not protected by s. 2(b) of the Charter. This will require an analysis of both s. 2(b) and s. 1 of the Charter. I will not address Mr. Bracken’s claim under s. 7 of the Charter, because it is not necessary for the resolution of this appeal.
"Life is too important to take seriously."