Breaking news from Cambodia can be found here. CEO often finds Khmer news and translates it into English for our readers if it is interesting to expats, locals, Cambodians living abroad and anyone who wants to stay informed of the latest local and international news stories about Cambodia and our neighbors in South East Asia. There are many sources for Khmer news articles and they can all be found here in one place. Most of the media comes out of Phnom Penh, Siem Reap or Sihanoukville, but we cover national Cambodian news from all provinces.
Post Reply Previous topicNext topic
28 posts

UPDATE- Back story on their arrest, which was not for being drunk, but for trespassing on the grounds of the Turkish Embassy. 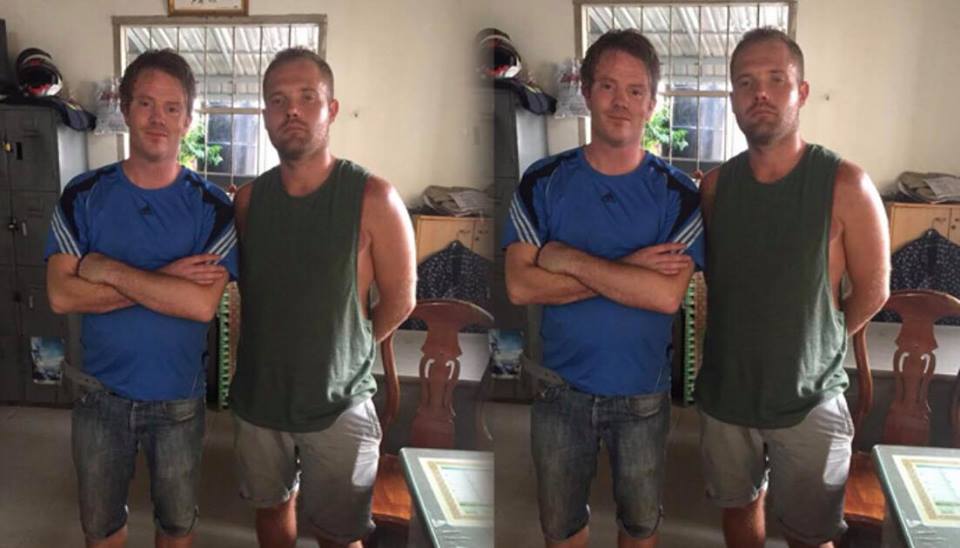 Updated News: On April 10, at 05:20 am, two British men, JAMES DONAGHUE, 41 year old, and JOSH LITTLE, 27-year-old, were apprehended while trying to enter the Turkish Embassy, on street 254, Sangkat Chaktomok, Khan Don Penh, Phnom Penh.
One of the two men jumped into the embassy grounds while the other one waited outside. The motive for their act is unknown, but drink or drug use was suspected to have played a part. Both men were detained immediately and sent to the police station.

After that, the police sent them to the immigration department where they were made to sign letters of apology before they were released.
Cambodia Expats Online: Bringing you breaking news from Cambodia before you read it anywhere else!

Still doesn't explain how they ended up passed out on the floor under the table...

It's a tiring business, getting hammered and invading Turkish lands.

Perfectly reasonable to need a nap, some mama noodles and a drop of watter afterwards.
Top

Cambodian police are cunts that way.

The police probably told them that they wouldn't be dealt with till morning and to just crash on the floor and cop some Z's, till sun up.

Then the cheeky police start snapping photos whilst the pair of Britain's finest dream sweetly of Turkish embassy grounds.
Top

Jesus, they are lucky they did not get shot.
Top

Ten years ago, I stopped out front of the US embassy. I pulled out my camera to take a picture of the small concrete placard thing that's erected out on the sidewalk.

I'd only gotten about 1 photo when 3 armed, uniformed Cambodian dudes were suddenly standing next to me. Wondering just what in the hell I was doing.

One of these Brits was able to scale the Turkish embassy walls and actually get over onto the grounds?!?
Top
Post Reply Previous topicNext topic
28 posts