If you have something so weird, strange or off-topic to post and think it doesn't belong in any other forum; you're probably right. Please put all your gormless, half-baked, inane, glaikit ideas in here. This might also be a place where we throw threads that appear elsewhere that don't belong ANYWHERE end up, instead of having to flush them. FORUM RULES STILL APPLY.
Post Reply Previous topicNext topic
48 posts

You seem confused. My entire post was correct, the OP is quibbling over shades of brown. The point remains, he's complaining about foreigners in his country while waiting for his foreign wife to arrive. Try taking your own advice about reading carefully.

Not at all confused.
His post starts off as observations, not complaints. The word complaint was introduced by a respondent to the thread.
Now you are just being deliberately obtuse. A much admired quality. Once again- well done you.
we Remember
So Their sacrifice is never forgotten
Top

The natives were probably all at work.
Top

British curries are Bengali by origin, or East Pakistani. I don’t think there are many Indian owned curry houses in the UK compared to Pakistani/Bengalese.
Top

I might be a bit pedantic here but i have been to Mumbai many times,i go most years on the way to winter in Goa and Kerala, supermarkets are thin on the ground. Once you get away from the main tourist areas of Coloba, Crawford market ETC it is unusual to see any "white" tourists never mind seeing them in the rare supermarkets. I always go to a particular supermarket that is close to VT station in order to get some spices to bring home i have never seen a "white" tourist shopping there. "White" people are so unusual in large parts of Mumbai that you still get the "friendly" stares and the "what is your country" question.

ps Andy i am still passing the open windows, hope your health as returned.
a faint heart never fucked a pig
Top

chiltern wrote: ↑
Mon Apr 01, 2019 3:16 am
So you say your wife is from Singapore and your location is Singapore and Yorkshire and you are talking about Hayes, why are you posting this on a Cambodian web site?

Read the general category details. Another stupid post by someone with nothing to add. Thanks FreightDog for putting this member in his place.

I can see that you have never been to Bradford. You should check out the percentage of Asian families who refuse to fill in census forms.

Bubble T wrote: ↑
Mon Apr 01, 2019 11:09 am
You seem confused. My entire post was correct, the OP is quibbling over shades of brown. The point remains, he's complaining about foreigners in his country while waiting for his foreign wife to arrive. Try taking your own advice about reading carefully.

FreightDog seems to be one of the few who bother top read posts and understand their point.

I have never complained about colour nor have I complained about the number of immigrants in the UK. I simply commented on the fact that I was the only white person in the supermarket and it came as a surprise. It is the PC, holier than thou brigade who call "Racist" at every opportunity. It makes them feel important.

FYI, my wife is Singaporean Chinese by birth but British by education and nationality. She has probably contributed more to the UK than many who shout racist simply because of an observation.

Jumping on the "Racist" bandwagon comes to mind. Makes you feel good eh?

And to finish on. Someone who I hardly ever agree with has posted the perfect example of what I am talking about......Burnsy and his Father Ted racist clip. Classic example of hypocrites and bigots who did not bother to look deeper at what was meant.

Just love it how the "Anti Racist" brigade use every opportunity to post stupid replies in a post they have not read properly or understood. That is why I headed it "Non Racist" to make the point that it was an observation.
You don't stop riding when you get old, you get old when you stop riding
Top 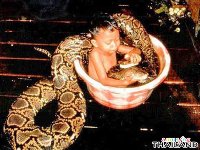 What exactly do you mean by this?

TOG wrote: ↑
Sun Mar 31, 2019 10:14 pm
Obviously integration into the ethnic stream has not happened but for me the jury is out at present.

So for centuries we've had people with shared ethnic & religious backgrounds or similar socioeconomic status band together in certain parts of town. Obviously, you are very much aware of this, there's Little India and the Muslim area in Singapore, in other parts of the world there have been Jewish quarters, "Germantowns", China-/Japan/Korea-Towns, Little Italy's/younameit's, etc..

So, you see this happening in your own country and suddenly it becomes a big issue for you. Why?

Actually, not hard to see why but I'd like you to spell it out and BTW, one cannot declare their own speech as non-racist.
Top

Bubble T wrote: ↑
Sun Mar 31, 2019 11:42 pm
While waiting for your brown wife to arrive at the airport you got pissed off by how many brown people they were letting in to your country. 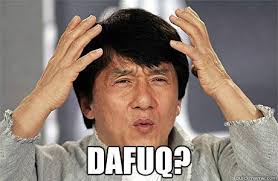 My wife is Singaporean Chinese and has a very pale complexion.


So how would you have felt if the place had been full of ethnic Chinese? How about Khmers with dark complexions or Southern Thais & Malays?

You seem to be comfortable with one kind of non-European/British/Caucasian type of person because you have become familiar with them but not others, even though they could all be classified under "Asian".

What makes you embrace one culture and feel very uneasy about the other? Behavior, skin color, appearance giving away religious affiliation (i.e. Muslim)?
Top

Curious as to why the title says "a non racist observation" instead of just an observation? Was someone feeling a bit racist when they wrote it?
Top
Post Reply Previous topicNext topic
48 posts

Users browsing this forum: No registered users and 87 guests