This is a part of our Cambodia forums to chat about anything Cambodia-related. This discussion forum is at the top of our site because it's usually the busiest part of the expat community chatter with random topics on just about everything, including expat life, Khmer politics, Cambodian blogs we have or have come across, or whatever else our members want to discuss. Whether you're an expatriate, tourist, Cambodian or random traveler just passing through South East Asia, you are welcome to talk about anything or start new topics yourselves.
Post Reply Previous topicNext topic
27 posts

Wonder what the cost would be to upgrade every year. If it was less than $500 turnaround (works out to $41/mth), thats not bad for always having a brand new bike to ride thats legally in your name.
Top

Inflation is through the roof if you use the 'Dream index'.

I like the Dream too, but I will never buy one. The Wave with the disc brake gives you a similar engine and because it's nearly 50% cheaper it'll give you more bang for your bucks, and spare are available everywhere as well. Yamaha Spark is a good competitor as well, although spares can be more difficult to obtain.

Anyone able to squeeze 50 km out of a liter of gas on a Dream either:
- exaggerates
- weighs under 10 kg
- did the run on a special track with a prepared motorbike in the most economic mode. In reality 1-30 is more realistic I think.

Agreed. The Dream is a good bike, but it's horribly overpriced for the simple fact they know Cambodians will pay more. It gained traction in the late 90s and then they got hooked on them as they viewed them better than anything else. Sort of like Apple with its sheeple and so on. Virtually all bikes (and bicycles!) switched to discs back in the 90s. Drum brake technology is like 100 years old. Being able to stop quickly if needed is important.

Bought my Wave brand new about three years ago ($1200 or $1250, I forget) and have over 27 000km on it. Zero issues and yes, it'll easily carry two up Kulen. You think the extra 15cc would make the difference? All these scooters are geared fairly low. There's certainly a difference between 120 and 110cc, but it's negligible under most circumstances.

When/if I sell this one, I'd probably consider a Yamaha. Parts availability isn't a huge issue as the only things you really need are maybe air filter and spark plug. Wearables such as inner tubes, brake pads and so on are usually easy to find regardless of the brand. Most of these bikes are rugged and can handle a lot, even the ones built in Thailand or Vietnam. They're still built in Honda factories... The CRF250 is assembled and partially built in Thailand and is exported worldwide. I would want Japanese for a big bike, but for a low compression scooter that can run on canola oil, I don't see why you'd worry.

Oh yeah, and because of its popularity, a Dream is a bit of a thief magnet. Regarding resale value, I've noticed a big shift in the last few years. Second hand bikes hold their value way less than they used to, regardless of make. Anyone else notice this?
Ex Bitteeinbit/LexusSchmexus
Top

Everyone wants a ZoomerX now. I think they are so ugly. How much are they?
"Dear Lord Baby Jesus, Lyin in a Manger"
Top

explorer wrote: ↑Fri Mar 22, 2019 6:33 pm Some Cambodians may not know that Yamaha and Suzuki are also Japanese. Kawasakis are rare in Cambodia.

Just wanted to be clear for those who may not know, none of the Hondas, Yamahas, or Suzukis here are "Japanese", meaning Japanese built or manufactured. Hondas are assembled and partially manufactured in Cambodia, Suzukis are knockdowns from Thailand assembled here, same for Yamahas. The only Japanese made bikes besides some "big bikes" are the Super Cubs, except the new version which is made entirely in Thailand.


Bitte_Kein_Lexus wrote: ↑Sat Mar 23, 2019 8:04 am Regarding resale value, I've noticed a big shift in the last few years. Second hand bikes hold their value way less than they used to, regardless of make. Anyone else notice this?

Yeah overpriced dated tech, but, the Dream/EX5/Cub/C100 (basically the same bike with small changes) etc is over 60 years old.
They have a huge following worldwide and early Cubs/Passport in US pre square headlamp go for silly money. Even more for 6V ones! 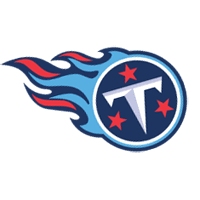 Got a new keeway Super light cruiser 2017 $2400 saddle bags and sissy Bar included done 10k on it with myself and girl plus luggage around the country very comfortable. Great service from keeway Phnom Penh .looks great gets plenty comments from local's they love the look
I'm standing up, so I must be straight.
Black night is falling, oh I hate to be alone.
What's a poor man do when the blues keep following him around.(Smoking Dynamite)
Top
Post Reply Previous topicNext topic
27 posts