I think the ship that was earmarked is being serviced so won’t be ready on time anyway.
Top

Yes, that is why the deal is off apparently. There could be other reasons like the expense, but if the power ship turns up in Cambodia two months late, during rainy season, then that's not what they signed up for. So it's canceled.

The ship expects to arrive Cambodia in early May; otherwise, the deal will be canceled, Electricite du Cambodge (EDC) official once told Fresh News when Cambodia-Turkey reached the deal in mid-March.

Those power ships are normally under two to five year contracts, so with that in mind a delay of even half a year shouldn’t be that big a deal...
Top 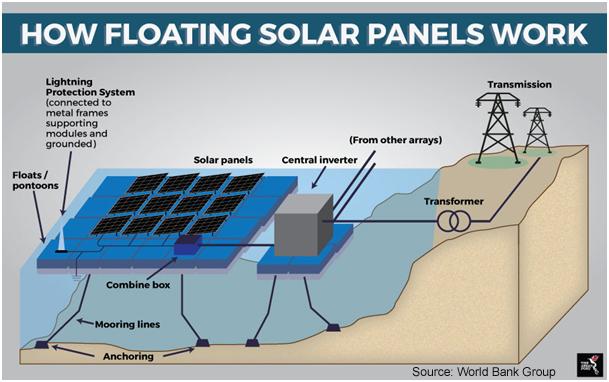 This year, the first floating solar power generating system in Southeast Asia was deployed on a reservoir in Vietnam.

A floating solar power generating system, the first in Southeast Asia, was deployed this year on a reservoir in south-central Vietnam. The 47.5 megawatt Da Mi project was financed by an Asian Development Bank loan. Its builder and operator is a subsidiary of Vietnam’s national power company, EVN.

Because the cost of solar photovoltaic panels has fallen so sharply in the last decade, and because utility-scale installations can be completed in a matter of months, these projects are now competitive with coal, gas, hydro or nuclear. Panel fabrication and battery storage costs are widely expected to fall much further. Floating solar power arrays constructed on the reservoirs of existing hydropower dams are particularly cost-effective; there are no site acquisition costs, they are simple to scale up as demand increases, transmission infrastructure is already in place, and power generation can be optimized by relying chiefly on photovoltaic power during daylight hours and on hydropower at night.

Floating solar power on a larger scale, 400 megawatt peak (MWp) power, also figures as an alternative to plans to build a massive dam and power plant on the Mekong in eastern Cambodia.

Purely on economic and financial grounds, the Sambor hydro plan ought to be dead. However, Cambodia is a country in the early stages of industrialization; its power needs are growing by 15 to 20 percent annually. The country is also a de facto ally of China, on which it counts to deter efforts by Vietnam or Thailand to push it around. Official corruption is rife. Complaints from citizens don’t seem to impress the Phnom Penh authorities

Long’s “Sun on the Lake” project is bold in its scope: he proposes a floating installation that is scaled up year after year in step with Cambodia’s growing power needs until it is 590 times the size of the Da Mi solar generating plant in Vietnam mentioned earlier, 70 times larger than the solar plant proposed by the NHI on Cambodia’s Lower Se San 2 reservoir as a partial alternative to the Sambor hydro project, and the equivalent of 47 average-sized coal-powered generating plants.

Long does not suggest who’s going to provide the $31 billion he estimates will be needed to build the 330-square-kilometer (127-square-mile) Tonle Sap project. Will Chinese banks be as keen to fund a huge floating solar array as they have been to lend to hydroelectricity projects? That’s entirely conceivable; China’s factories produce more than 60 percent of the global supply of solar panels and its engineers have plenty of experience building solar farms. “It would be a high-profile opportunity for the Chinese to show their neighbors that they are good big brothers,” Long says.

full https://news.mongabay.com/2019/12/analy ... ong-delta/
The idea that seeing the world is going from place to place to look at obvious things is an illusion natural to dull minds.
Top

Under those floating solar panels are great places for fish breeding. They like the shade/dark, especially if the water is shallow.
Cambodia,,,, Don't fall in love with her.
Like the spoilt child she is, she will not be happy till she destroys herself from within and breaks your heart.
Top

I was told today that the infamous Turkish power boat is on its way to Cambodia.

FPV/ PV should be massively deployed in 2020. The Turkish ship is just a band-aid, and the German and Finnish turbines assembled and operated by the Chinese are only 400MW total. Cambodia is still relying heavily on imported electricity (mainly from Vietnam) which is not exactly how one enhances national/ energy security... But He knows so much and is so educated...

We should all get ready for lengthy power cuts and skyrocketing power bills. What a great time to be alive.
Top

Queef wrote: ↑Thu Dec 19, 2019 5:30 pm We should all get ready for lengthy power cuts and skyrocketing power bills. What a great time to be alive.