dontbeasourlemon wrote: ↑
Sat Jun 01, 2019 4:13 pm
Looks like the FDA finally approved a vaccine but it's highly restricted as apparently there is a chance that " it can increase the risk of severe infection". Nice to see we are making progress though.

I remember reading somewhere, (actually, it might have been here on CEO), that they ran a dengue vaccine trial in the Philippines, but they had some problems with it.

Yes, here are the links to that story. The first link is announcing the start of the vaccine trial. The second link announces the result:

"The Philippine health chief says the government will demand a refund of $69.5 million from vaccine maker Sanofi Pasteur and look at possible legal action after a study showed its dengue vaccine could expose some people to severe illness..."

Thanks UT. That was a couple of years ago now. A working dengue vaccine would be so important. I'm sure the cases of dengue in Cambodia are under-reported in the provinces.
However, most of the small hospitals do have dengue tests, so if you think you might have dengue when you are traveling in Cambodia, it's always good to get tested. Often there's not much they can do - and no, you probably do not need a drip - but better have as much information as possible when you get sick.
Top

Yeah, it's only really recommended for those who have had Dengue fever previously as in the Philippines it was shown to increase severity in those who had gotten the vaccine but never had Dengue previously. So they are working on testing for Dengue and hoping to see results by 2020. Sanofi was actually granted a voucher to help speed up the process so I am sure we will see a lot more.
Top

I have just recovered from Dengue, for the second time in 3years and this time it almost killed me. I am terrified to be bitten by a mosquito again.
Top

Don't forget you have Chikunyunga to look forward to as well. I described it to a friend as "like Dengue, but less fun".
An inordinate fondness for beetles
Top

The only thing that could have been "less fun" would be death!
Top

8 June 2019
Preah Sihanouk province- The authorities from the provincial health department are sending vehicles to use insecticide to kill mosquitoes in the villages, due to dengue fever outbreaks in the region.

Do you know which villages they are treating?
An inordinate fondness for beetles
Top

Update: They start spraying tomorrow - 10 June - but not sure where. They say that the latest outbreak of dengue fever in Sihanoukville has originated in Otres, so at a guess they will start there. 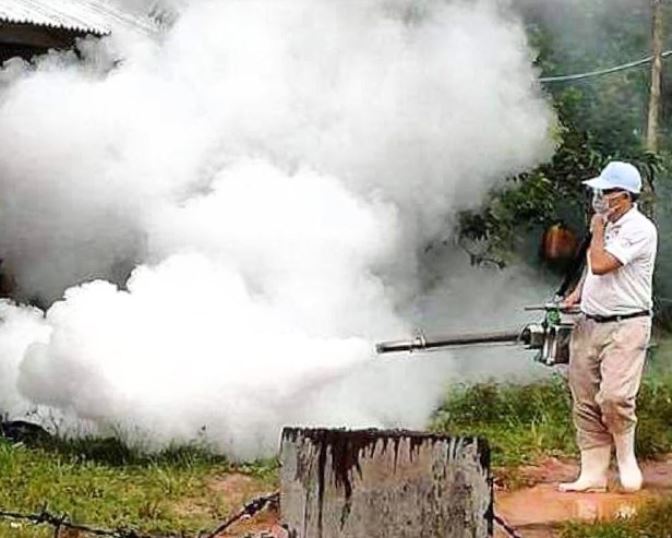 The Department of Health has noted an increase in the number of dengue patients in the Sihanoukville area this year, but they say that this is a normal increase due to population growth.
Lim Sothea, from the Health Department, has called on the population to take precautions by cleaning around their homes and evacuating any rain water and waste water to avoid mosquito breeding.
At this point, Ms. Lim Sama confirmed that from June 10, 2019, officials of the provincial health department will launch the campaign to inform people and to spray mosquitoes for the second time, because a lot of people are sick.
Lim Sama confirmed that the second wave of dengue fever was started from the suburbs of Otres . There is an outbreak in the town and in some districts in Sihanoukville. 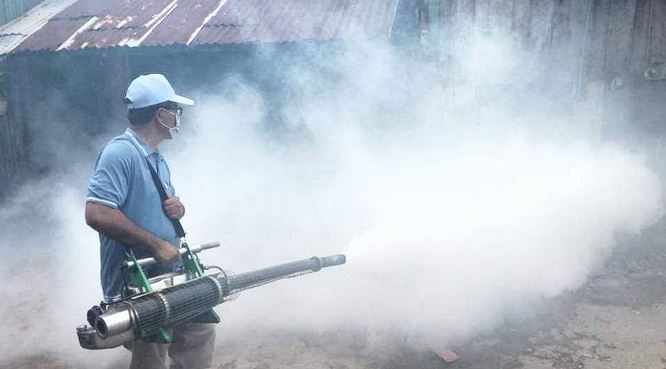 The recent dengue outbreak in Ratanakkiri is stretching the health care limits at Banlung hospital. The authorities have provided tents for patients because the hospital only has 20 beds. Most of the dengue patients are children. 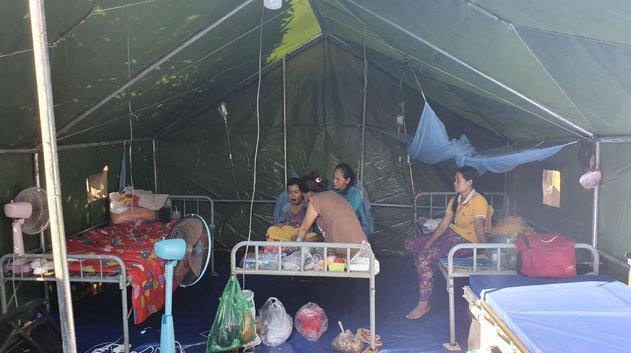 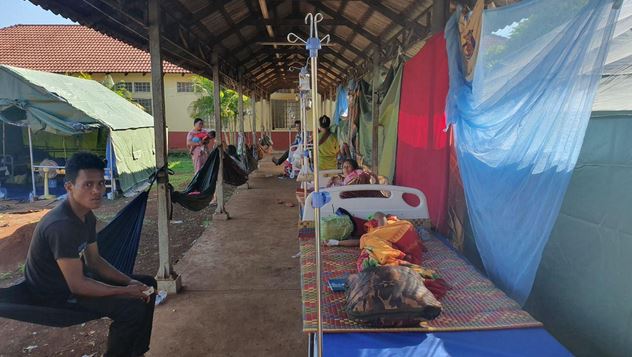 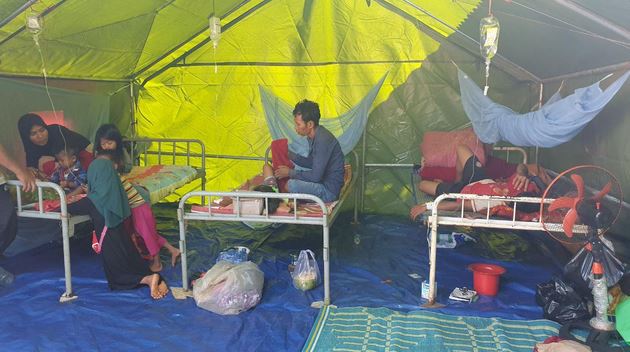 Dengue fever cases up in Ratanakkiri
05 June 2019 | 08:30 ICT
More than 100 cases of dengue fever have been recorded in Veun Sai, Bakeo and Banlung districts over the last two weeks.

Director of Ratanakkiri provincial Department of Health, Ung Rattana, said as of Tuesday, there were 111 people afflicted by the mosquito-borne disease. Of the patients, a 12-year-old girl from Veun Sai commune’s Kralanh Nhay village died after being infected by the dengue virus.

“The girl died after her parents had purchased medicine from a private pharmacy in the village for what they thought was a normal fever. Little did they know her condition would become worse."

“The parents then brought her to Virak Chey Health Centre but it was too late. The girl died a few hours upon arriving at the clinic,” Rattana told The Post.

He said the number of dengue fever cases so far this year is three times higher compared to the same period last year, where 38 cases were recorded in Ratanakkiri province alone. The surge this year, he suggested, coincides with the quadrennial outbreak cycle.
https://www.phnompenhpost.com/national/ ... atanakkiri
Cambodia Expats Online: Bringing you breaking news from Cambodia before you read it anywhere else!

In the villages you see these everywhere, more often than not uncovered. Seems like an accelerant, no?