Breaking news from Cambodia can be found here. CEO often finds Khmer news and translates it into English for our readers if it is interesting to expats, locals, Cambodians living abroad and anyone who wants to stay informed of the latest local and international news stories about Cambodia and our neighbors in South East Asia. There are many sources for Khmer news articles and they can all be found here in one place. Most of the media comes out of Phnom Penh, Siem Reap or Sihanoukville, but we cover national Cambodian news from all provinces.
Post Reply Previous topicNext topic
58 posts

Epic. Just so we can bump the Epic Fail thread. 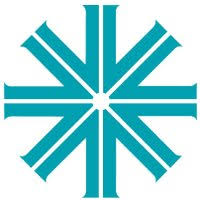 Epic. Just so we can bump the Epic Fail thread.

Now that would be epic.
pebbles&nightsky
Top

Huge Drug Bust at Nightclub Owned By Prominent Tycoon’s Brother: Police
26 February 2019
PHNOM PENH — Police have detained more than 250 people on drug charges in a raid on a Phnom Penh nightclub owned by the brother of one of Cambodia’s richest men.

The raid on the Rock Entertainment Center on Saturday netted 29 alleged drug dealers, 231 alleged users, 50 kilograms of drugs and one pistol, according to a police spokesman.

In a statement released on Saturday, City Hall said the raid occurred shortly before 2 a.m. on Saturday morning, leading to the mass detentions.

The Rock Entertainment Center, owned by Kith Theang, the elder brother of Royal Group chairman Kith Meng, who is a close associate of Prime Minister HE, was closed to allow the authorities to investigate.

Chhay Kimkhoeun, a National Police spokesman, said the 29 dealers would be taken to court.

He would not comment on any action that may be taken against Theang, saying that “it could ruin people’s reputation”.
https://www.voacambodia.com/a/huge-drug ... 04563.html
Cambodia Expats Online: Bringing you breaking news from Cambodia before you read it anywhere else!

Those who could pay , including the 14 Chinese, released.
Top

Naturally...because, that's what's important...reputation. Never mind that this club has turned into a veritable drug den.

This face-saving aspect of Asian culture is a fucking sickness.
Top

The numbers are dwindling.


Ten arrested in Rock raid to be sent to PP court
Some 10 people accused of bringing drugs and an illegal weapon into the Rock Entertainment Centre after the club was raided over the weekend are to be sent Phnom Penh Municipal Court, the chief of the capital’s police has said.

Sar Thet, the head of Phnom Penh Municipal Police, added that some 300 people arrested in the raid were released on Sunday night after signing a contract to receive drugs education...

He said questioning was ongoing in order to find the ringleaders of those who brought the drugs into the nightclub.
https://www.phnompenhpost.com/national/ ... t-pp-court

That is the 44 Magnum Auto-Mag.
Top

Minister of Interior Sar Kheng on Wednesday said Kith Meng, chairman of the Royal Group and president of the Cambodian Chamber of Commerce, was not linked to the almost 50kg of drugs confiscated by authorities in a raid at the Rock Entertainment Centre last weekend.

Sar Kheng’s statement came after rumours circulated saying Meng, Kith Theang, his older brother and Royal Group CEO, and others were involved with the narcotics found at the nightclub on Saturday morning.

However, Sar Kheng posted on Facebook on Wednesday that authorities had found no evidence linking Meng to the haul.

“After the successful crackdown by the police force, in this case, there were rumours saying certain people were involved with the drugs crime."

“I would like to take this opportunity to inform the public that the thorough investigation carried out by authorities has not found any evidence proving that Kith Meng, president of the Cambodia Chamber of Commerce, was involved."

He also dismissed the rumour that Ministry of Interior anti-drug officers have questioned Theang.
https://www.phnompenhpost.com/national/ ... -rock-raid
Cambodia Expats Online: Bringing you breaking news from Cambodia before you read it anywhere else!

That is the 44 Magnum Auto-Mag.

44 AWP rounds were only for the Auto-Mag.

Too chunky and short for an Auto-Mag. Maybe a Beretta PX4 Storm in .40 S&W? Pic is a little blurry to see the listed caliber size.
Top
Post Reply Previous topicNext topic
58 posts