Discussions about restaurants, cafes, coffee shops or bars in Cambodia. Feel free to write any reviews you have, whether its the best burger you've had in Phnom Penh or the worse pizza in sihanoukville, we want to read it! Discussions about Khmer dishes are also in here, or you can leave your own. If you own a restaurant, feel free to let the expat community know about it here so that we can come check it out. Found a favorite cafe or have a place we should avoid? Tell us about it. Asian recipes & questions are always welcome.
Post Reply Previous topicNext topic
75 posts 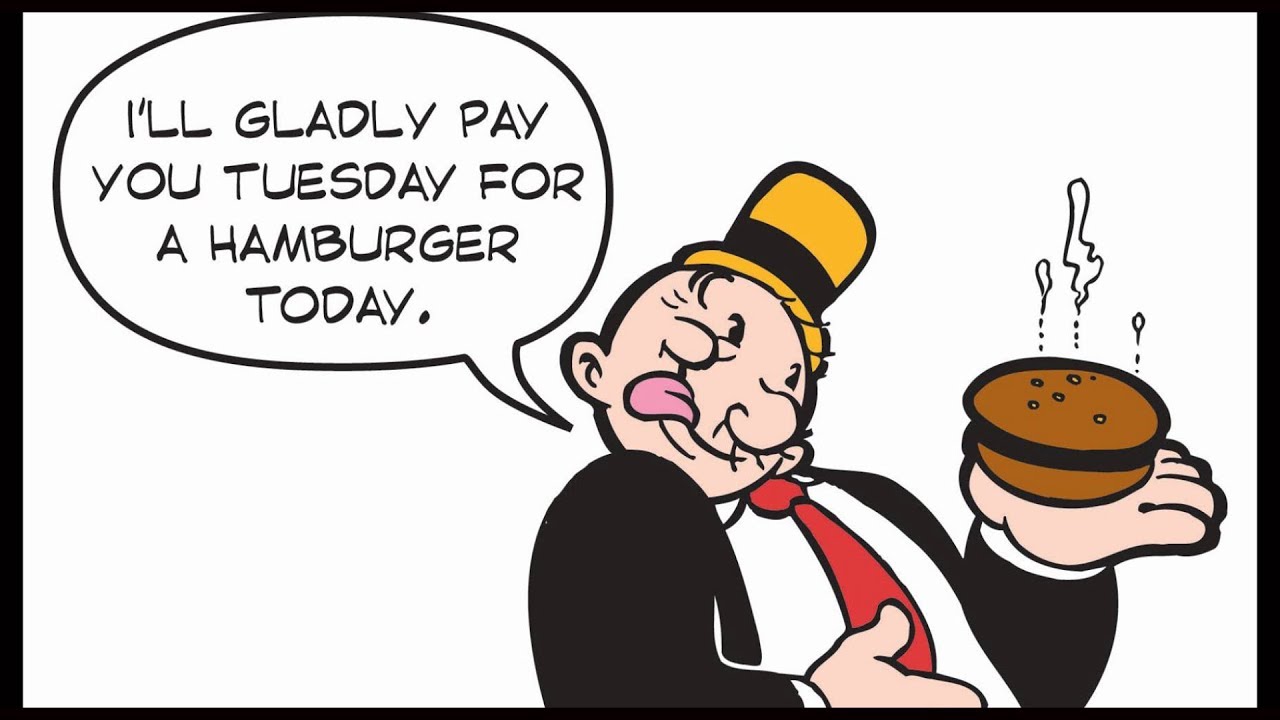 It's been a long time since I've had a Wimpy but I did like them. Hardly any left in the UK but still big in South Africa apparently.
Top

Im a big fan of local enterprises trying to create a sustainable long term biz so the choice was easy when compared to burger king...

Burger came with a sesame bun which was nice. Came with a fried egg which i do not believe i ordered but maybe i was just not paying attention. Overall taste was good (would have been better without the egg but thats just my preference)... The fries on the otherhand was bangin!!!!! Mcd style fries with their own seasoning!!!

Going to try to make some seasoned fries/chips now bc of the inspiration...

I thought I would go and give it a try last night, something different due to not doing the burger scene very often. Mostly because of the disappointment in most aspects of the so called meal. I have, gone past this place on many occasions, and to be very honest I should have done the same last night. But if you don't try, you don't know.
Like you said the choice was easy for me too, only two burger's on the menu being they had no chicken at all. So I must have had the same one you had with the egg too, "being a set" it came with seasoned fries and a choice of soft drink,Sprit or Coke. But for my lady the same meal without onions, and she had a coconut instead of the soft drink, paying the 2000reil difference.
Staff are very pleasant, and the drinks where put on the table, then one burger meal with onions. We waited and waited some more. I asked how long for the other burger without the onion? He forgot the order! I would not mind but we being the only customers in there. By the time her meal had arrived I was half way into mine. I wish I had not reminded them of the order by this time, I knew what was to come next. Because she only took the second small bite and it was all wrapped up for take away, she was done with the burger, asked for a spoon and set too, at the flesh of the coconut. I was done too, highly salted fries and unaware of the other powders. (Please don't class them has Chip's). It was a run of the mill, burger meal, and for me overpriced because of the quality alone.
I agree with you on people in business, and I wish them well. But that burger she bought home is still in the fridge this morning. I wonder what I am having for breakfast 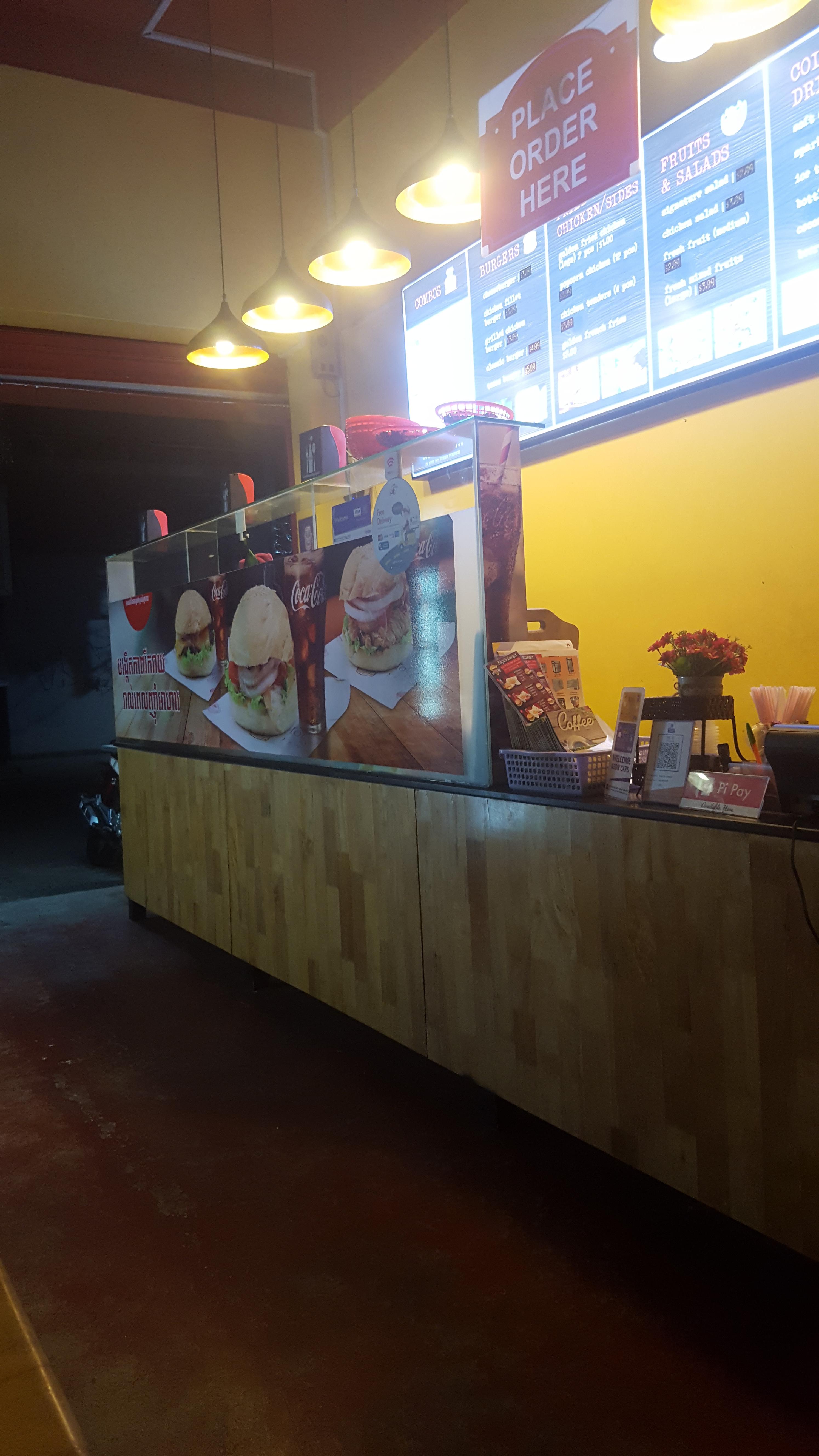 Apparently, The Vine on 172 is selling Jetzt burgers (from Kampot) now.

Not sure of the price, around the $5 mark in Kampot with chips/fries
Top

I thought fat boys was the best of the fast food burgers. Lucky is the worst.

Restaurant burger I like Equinox. I think the cost wasn’t too crazy either.
Top

Not sure of the price, around the $5 mark in Kampot with chips/fries

Please don't get mixed up with fries and chips 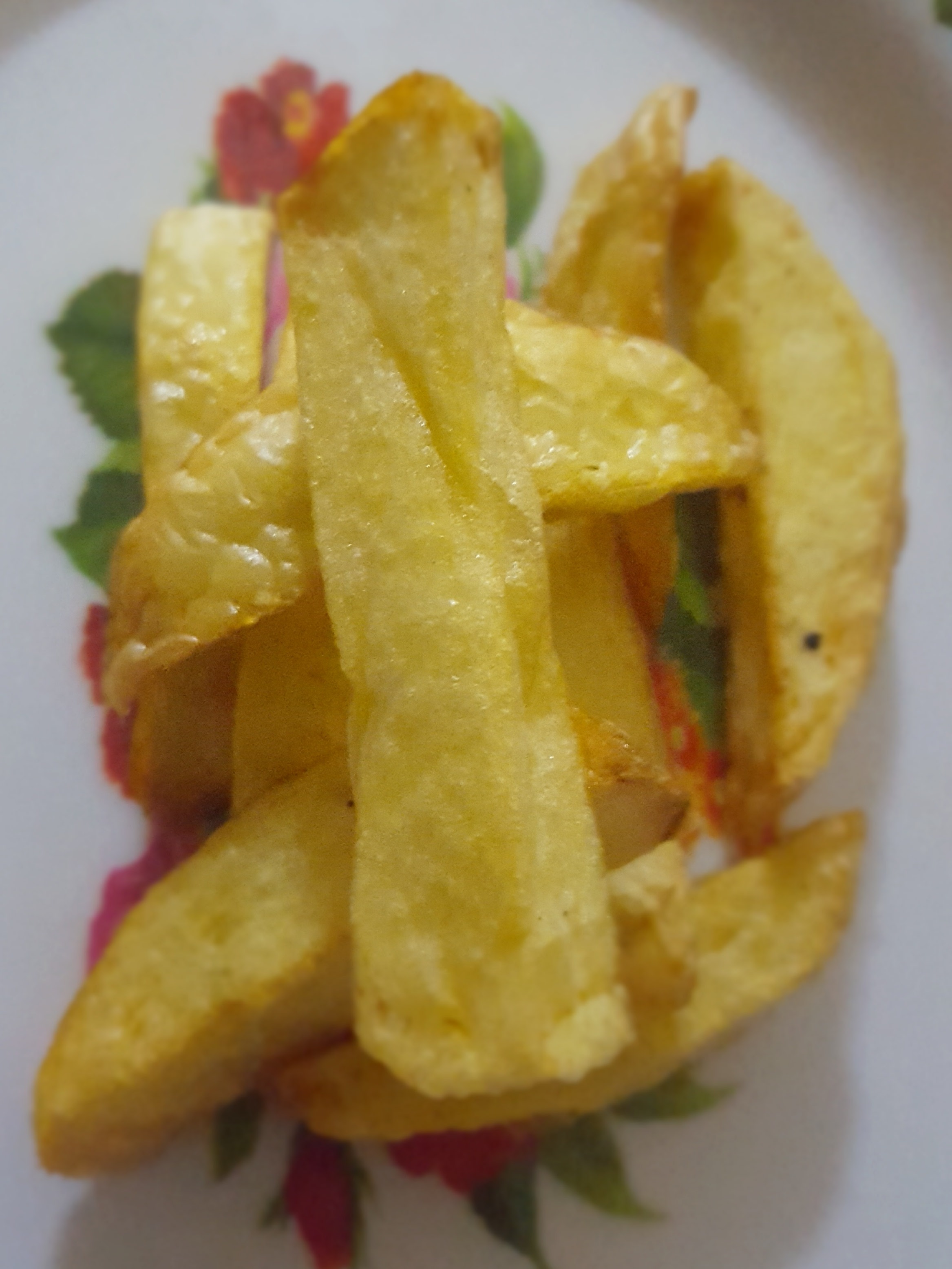 Not sure of the price, around the $5 mark in Kampot with chips/fries

Please don't get mixed up with fries and chips

Putting this out there in case it inspires someone to go check out their burgers. All reviews welcome.

The American and Khmer co-founders of the Russian Market-based restaurant believe in combining Khmer culture with foreign influences to create a new, modern and exciting cuisine.

The team behind the eatery are American Michael Kenyon, a Le Cordon Bleu certified chef, along with Cambodians Kao Ratha and Chea Sothea. Together they wanted to create a fusion restaurant inspired by Khmer and Western culture, using local organic ingredients.

They named the restaurant after the Khmer Empire – at the height of its influence in the 9th century and leading in the region in terms of administration, agriculture and architecture.

The restaurant’s relaxed, informal vibe contrasts with the rich and tasty food, which is immaculately presented and uses high-quality ingredients.

The co-founders also wanted their business to have a positive social impact, and so have set about training unskilled and jobless young Cambodian men since opening.

The restaurant’s signature dish is the Tonle Burger ($7.50 for a 140g beef patty and $8.50 for a 180g patty), which is a combination of grilled beef, cheddar cheese, crispy onion, fresh cilantro and creamy garlic sauce.

Century 9 Inspired Eatery is located on Street 155 in Toul Tom Poung, Phnom Penh. Opening hours are 11am–8pm daily. They can be contacted by telephone (017 316 033) or Facebook (@Century9Cambodia).
https://www.phnompenhpost.com/lifestyle ... -eatery-pp
Cambodia Expats Online: Bringing you breaking news from Cambodia before you read it anywhere else!