Is Cambodia Ready for Same-Sex Marriage ?

Is Cambodia Ready for Same-Sex Marriage ?

Well, the PM says that Cambodia is not ready for same sex marriage, so he must be right. But would people here really care that much ?

Prime Minister HE yesterday said the Kingdom is not ready yet to create legislation to allow same-sex marriages because the issue is still causing controversy in some countries.

Mr HE, however, appealed again to parents, guardians and the public not to discriminate against or hate LGBT people.

He also called on LGBT people to prevent the spread of sexually transmitted diseases, especially HIV, as he has received a report that the HIV transmission rates among homosexuals has increased.

“Infectious diseases among gay men have begun to spread, they should be careful and not transmit diseases to others,” Mr HE said.

He noted that while the government cannot legislate to have same-sex marriages, it does not discriminate against LGBT people.

“We cannot create a law to allow for marriage of LGBT people and some countries are also facing controversy over this issue,” Mr HE said. “We also do not need to have such a law because we do not prevent same-sex relationships and we do not arrest LGBT people and put them in prison.”

“We have also never mistreated or punished LGBT people, so there is no problem if there is no such law,” he added.
https://www.khmertimeskh.com/50580112/k ... s-hun-sen/
Top 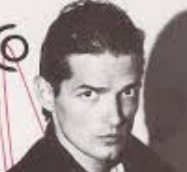 Still a positive statement. Points in the right direction. Wherever I have lived I have perceived that the poor people are more conservative or more religious. If this applies to Cambodia too, I would say HE could be right.
“If the world was a girl, I’d stick my d..k in the ground. F..k the World.”

> “Infectious diseases among gay men have begun to spread, they should be careful and not transmit diseases to others,” Mr HE said.

isn't a committed marriage the ultimate protection for STD's....

eh... in general Cambodia has much more important things to worry about, that said, the extra tax revenue that would be created around gay marriages would be a good thing, whether or not that money is spent on infrastructure isn't a different thing all together
Top

OTOH Malaysia doesn't have to ask itself this question coz they don't have any gays..