Aussie Casino Company Donaco Gets Done Over in Cambodia

NO BUSINESS SALES HERE PLEASE, WE HAVE A SECTION FOR THAT IN THE CLASSIFIEDS.
Post Reply Previous topicNext topic
29 posts

Donaco flags layoffs as coronavirus hits Vietnam biz
Feb 12, 2020
Donaco International Ltd, an Australia-listed boutique operator of casinos in Indochina, has announced lay-offs and unpaid leave for staff in February at its Aristo International Hotel (pictured) and associated casino near Vietnam’s border with China, due to the negative impact of a novel coronavirus.

...
Donaco’s flagship casino hotel venue, the Star Vegas Resort and Club, is near Cambodia’s border with Thailand, a country where casino gambling is illegal. In its latest filing, Donaco said there had been “no direct impact noticed as yet from the coronavirus” on its Cambodia business. “The border crossing from Thailand into Poipet remains open as usual,” it stated.

The firm added: “In the longer term, if efforts to contain the virus are unsuccessful, there is likely to be an impact on the Thai economy generally, which has a strong tourism element. This may lead to an overall reduction in demand from Thai visitors to the Poipet casino.”
https://www.ggrasia.com/donaco-flags-la ... etnam-biz/
Cambodia Expats Online: Bringing you breaking news from Cambodia before you read it anywhere else!

Someone will have to pay i guess

Is there at least any tax on casinos for public schools funding, or anything helpful for the country ? I mean except creating small jobs....It's already a bit crazy to see people wasting money aside from some of the poorest people...kidnappings, murders and shit...
Excuse my candor eh ?

Cambodia – A casino operator in Cambodia, with an establishment located on the border between Thailand and Cambodia; Donaco International Ltd, confirms financial struggles and is seeking financing options to help support the company’s financial obligations during a difficult period.

Donaco International Ltd, which operates the Star Vegas Resort and Club and also Aristo International Hotel and Casino in Vietnam, has been severely negatively impacted by the spread of coronavirus.

“The board is aware that the liquidity of the company may tighten from the closure of the border crossing between China and Vietnam in January due to the outbreak of Covid-19 [coronavirus].”

Ashton expanded on the reports that it is seeking financial help:

“Donaco is seeking to access financing to support payment obligations and working capital requirements of the company. We expect these conditions to continue until travel restrictions are removed and will tightly manage expenses at the venue throughout this period. The impact is far less noticeable at Star Vegas, although we will also take a cautious approach at that venue and keep a tight rein on expenditure. We will tightly manage our expenses over this period until normal border operations are restored.”
https://casino.buzz/cambodia-casino-ope ... struggles/
Cambodia Expats Online: Bringing you breaking news from Cambodia before you read it anywhere else!

I thought because they were listed on the Australian Stock Exchange that they must be legit.
My Nigerian broker who used to be the finance minister told me so.
Top

Maybe aussies are too 'nice' to be in the casino business...just ask James Packer..

And in his private life, Mariah Carey and his other GFs have done him like a dinner.. 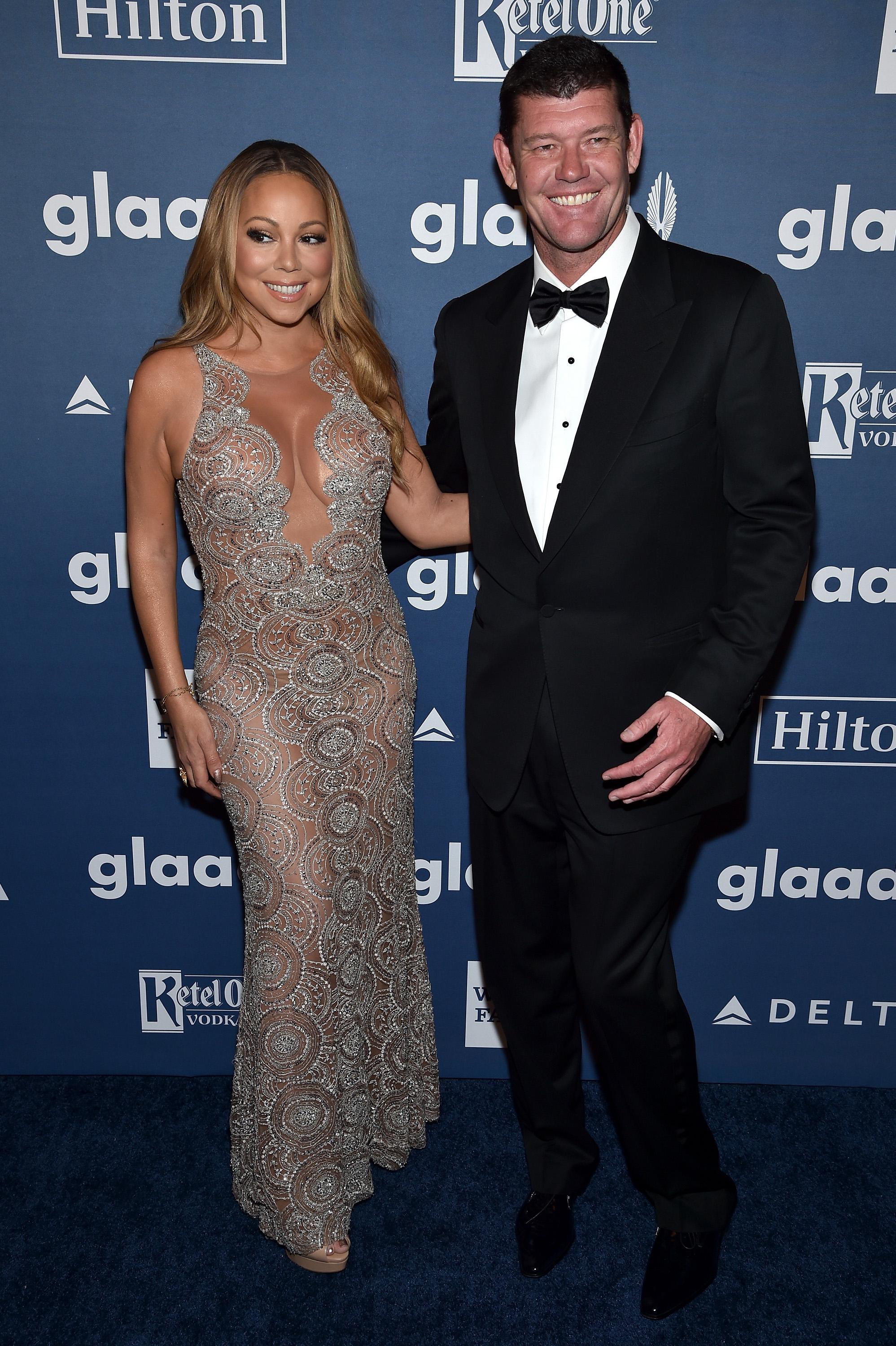 The dispute dates back to 2015, when Donaco purchased the Star Vegas casino in Poipet from the Thai vendors, but kept them on to manage gaming operations for two years. The following year, the vendors built an adjacent casino, Star Paradise, leading Donaco to accuse the vendors of violating a non-compete clause.

Then followed several seesaw years of court fights and injunctions in various jurisdictions. A month ago, Donaco announced that it had convinced the vendors to return to the negotiating table. On Tuesday, the company revealed the terms to which the parties had agreed.

Donaco has secured a new Perpetual Lease on the Star Vegas property, giving it security of tenure over the casino until June 2115. Donaco will also receive $38m to remove the non-compete and non-solicitation clauses from its original deal with the vendors. In exchange, Donaco will pay $18m to the vendors to settle claims for unpaid management fees plus interest, which Donaco says equals 80% of its net current liabilities.

Donaco will also pay any outstanding rent and an additional lease payment of $20m to Lee Hoe Property. Donaco will then pay $20k per month for a five-year period, rising to $30k per month in years six through ten, while the rent will rise 3% every three years after that. Lee Hoe Property will also be entitled to a 25% cut of Donaco’s annual earnings over $16m in each of the next five years.

The vendors who hold roughly 18% of Donaco’s shares have agreed not to dispose of them for six months following the deal taking effect. The management agreement to run Star Vegas’ gaming operations will be terminated, leaving Donaco in sole control. And all parties agree to cease all legal actions against each other.

Donaco said Tuesday that its “pragmatic and fair” settlement with the vendors would allow the company to focus on “the forward momentum of the profitable Star Vegas business.” Chairman Mel Ashton added that the company would carefully consider the conditions of any future contracts with third-party vendors. No kidding.
From: https://calvinayre.com/2020/03/03/casin ... no-vendor/
Cambodia Expats Online: Bringing you breaking news from Cambodia before you read it anywhere else!

Casino operator Donaco International (DNA) has finally put its legal woes aside as its ongoing court case over the Star Vegas casino in Cambodia comes to an end.

Donaco settled the case against the Casino’s Thai vendors, namely Somboon Sukcharoenkraisri, Lee Bug Tong, Lee Bug Huy, Lee Hoe Property Co., and Paramax Co., today. While shareholders are likely relieved the legal action has been resolved, it seems Donaco is walking away with pockets just as empty as when the litigation began.

In full: https://themarketherald.com.au/donaco-i ... 020-03-03/
Cambodia Expats Online: Bringing you breaking news from Cambodia before you read it anywhere else!

They are gone - in reality if not on paper yet.
Their court win was pyritic - the seeds of Donaco destruction are deeply (and nearly secretly) imbedded in the decision.
The original Thai mafia vendor of Star City (to Donaco) have managed to extinguish the non-compete clause - and they are obviously much much smarter than Donaco in their intention to rub Donaco out. Especially because they own 17% of Danarco still and have had insiders working the scam within Donaco from the beginning.
It was all about a scam (succesful) to rip $500 mill by selling Star City to donaco and floating it on the Aust Stock Exchange - then collapsing it as soon as they could.

In the one month since the court "win" Daonaco shares have sunk from 8c - 3c.
they were averaging 90c a few years ago.

They were flocked before this coronapox - but that will be the final blow.
1000/1 Donaco does not last another 6 months. 500/1 three months.

Yesterday. 24 March 2020
Coronavirus Impact
Further to the 12 February 2020 ASX release, noting the Coronavirus impact to business operations in
Vietnam, Donaco International Limited (“the Company” or “Donaco”) outlines the specific impact on
Donaco’s business operation at the Star Vegas Hotel, situated on the border of Cambodia and Thailand.

As announced by the Thailand Government late yesterday, the border crossing from Thailand into
Poipet has been closed for 14 days with a potential reopen of 05 April 2020. As such, the Company has
made the decision to close most of the Star Vegas Hotel with only minimal operations ongoing with a
constant daily revision.
Top
Post Reply Previous topicNext topic
29 posts