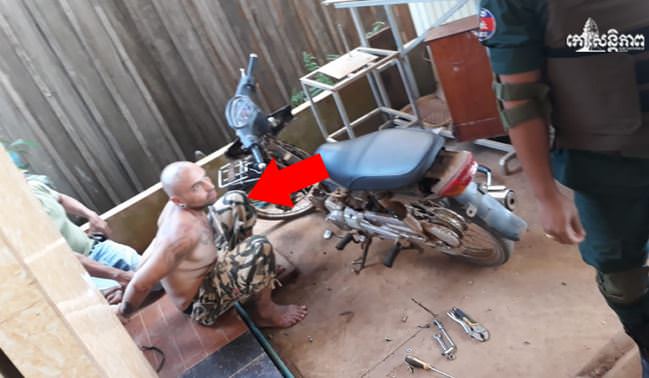 Mondulkiri Province: A 34-year-old German man, Christopher Alexander Flura, was arrested at 11:46 AM, on November 12, 2018, at Chambok Village, Sen Monorom, Mondulkiri, for acts of violence and stealing a motorbike. He was living in a rented house in Sen Monorom.

The suspect also tested positive for drugs. He was taken to the Sen Monorom police station for questioning and the start of legal proceeding against him. 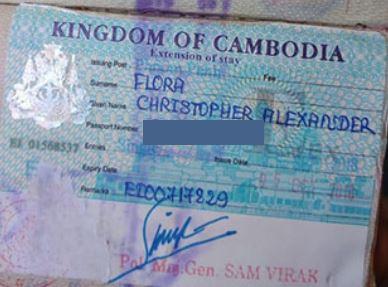 13 November 2018
Update: Christopher Flora allegedly attacked someone in the street at Chambok district, Sen Monorum city, and stole their motorbike, which police found at his rented house. The suspect had attempted to disguise the motorbike by changing its appearance.
Cambodia Expats Online: Bringing you breaking news from Cambodia before you read it anywhere else!

Probably he just doesn't eat pies .
Cambodia,,,, Don't fall in love with her.
Like the spoilt child she is, she will not be happy till she destroys herself from within and breaks your heart.
Top

“The suspect attacked the victim and took the motorbike from him as he was under the influence of drugs. Upon his arrest, Flura tested positive for methamphetamine,” Penh said. He has since been sent to the provincial police.

Before the robbery, the suspect had been walking with his dog on the road. The dog jumped in front of the motorbike ridden by the victim. The suspect allegedly attacked the victim and rode off on the motorbike to his apartment.

After arriving, the suspect removed parts of the motorbike with the goal of hiding it. However, the victim talked to the police and after an investigation, Flura was arrested at his apartment.
Top

It doesn't look good for him. Further details:

German jailed over motorbike theft
November 15, 2018
Mondulkiri Provincial Court yesterday charged a German tourist with drug use and for stealing a motorbike from a Cambodian farmer in Sen Monorom city.

Maj Bunthy said that on Monday morning at about 11am, the accused was walking along a road in the commune when a Cambodian farmer driving a Honda Dream motorbike began approaching him.

“While the victim was driving his motorbike and was getting closer to him, the accused stopped him and began beating him,” he said. “He threatened to kill him and stole the motorbike and fled.”

The victim then walked to the local police station and filed a complaint, Maj Bunthy noted.

The accused was later arrested on Monday afternoon at his rental home. After his arrest, police confiscated the stolen motorbike from him and conducted a drug test, which came back positive.

“He faces up to five years in jail if convicted,” he noted. He added the accused has been jailed pending trial.
https://www.khmertimeskh.com/50550584/g ... ike-theft/
Cambodia Expats Online: Bringing you breaking news from Cambodia before you read it anywhere else!