And now for some good news.
Endangered gaur gives birth
04 October 2018
The Phnom Tamao Wildlife Rescue Centre has announced the arrival on Monday of a male gaur calf to a female that was brought from the Kingdom’s northeastern region seven years ago as part of a pioneering breeding programme.

The centre’s director Nhek Ratanakpich told The Post yesterday that the calf was born on Monday afternoon and is now under the attentive care of the veterinarians there.

“Two years ago, the 10-year-old female gaur gave birth to a female calf and now it gave birth to another one,” he said, praising the success of the centre’s breeding programme. 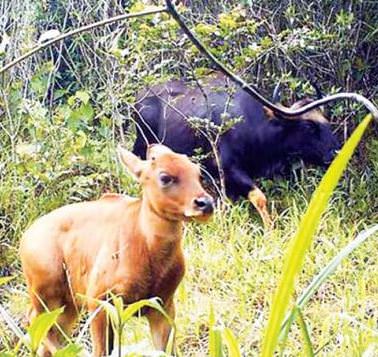 Ratanakpich said there are now five gaurs in his rescue centre – two females and three males. One was brought from France, another was rescued from Battambang province and the last one was born earlier this week.

As of today, the number of gaurs in the Kingdom could not be estimated.

However, the presence of a small number of them have been recorded in the jungles of Cardamom Mountains and the highlands in southwest, northwest and northeast of Cambodia, WWF-Cambodia director Seng Teak said.

“Camera traps have been installed in some of the Kingdom’s parks, such as Virachey National Park. The photographs show the presence of gaurs in small numbers,” Teak said.
He noted that the gaurs are an endangered species as registered in the International Union for Conservation of Nature (IUCN) Red List.
https://www.phnompenhpost.com/national/ ... ives-birth
Cambodia Expats Online: Bringing you breaking news from Cambodia before you read it anywhere else!