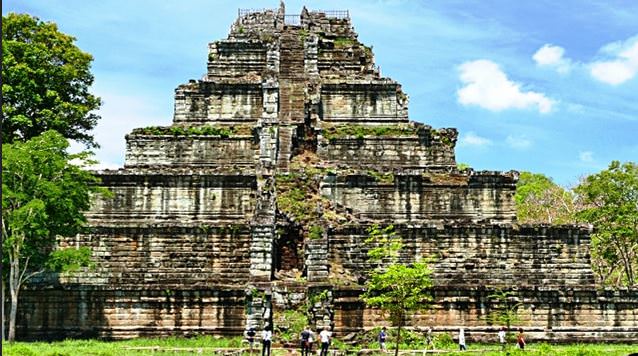 Minister of Culture and Fine Arts Phoeurng Sackona made the announcement last week at a meeting in Siem Reap province, of the International Coordinating Committee for Safeguarding and Development of the Historic Site of Preah Vihear.

The Koh Ker site constitutes “one of the marvels of Cambodian monumental heritage,” according to Unesco. Sackona said efforts to register Koh Ker might be aided by the inclusion of Sambor Prei Kuk archaeological complex, which was listed as a World Heritage Site last year.

Experts believe it was built during the reign of King Jayavarman IV (928-944) to serve as the capital city of the Khmer Empire. In 944, according to Unesco, Koh Ker was abandoned when King Rajendravarman moved his capital to today’s Angkor.

The ministry said the Koh Ker complex currently consists of 86 monuments, although new temples may be discovered.

Cambodia has three World Heritage Sites. They are Angkor which was listed in 1992, Preah Vihear Temple (2008 and the Temple Zone of Sambor Kuk, Archeological Site of Ancient Ishanapura (2017).
https://www.phnompenhpost.com/national/ ... age-status
Cambodia Expats Online: Bringing you breaking news from Cambodia before you read it anywhere else!