It's now like trying to hold back the tide with a teaspoon.
Bodge: This ain't Kansas, and the neighbours ate Toto!
Top

Edit: Mods feel free to move this one to a more appropriate thread
Top 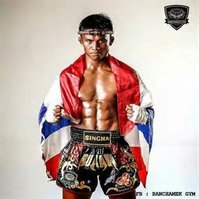 This office setup is worth at least 30-40K USD. Is like a call center. It looks like they are aiming for 1-10 million financial return. What type of scamming this people do?? And who and how they discover them?
Top

Is that footage of the arrest?
Bodge: This ain't Kansas, and the neighbours ate Toto!
Top

Is that footage of the arrest?

This arrest was made in cooperation with the Chinese police, who are due to escort the criminals back to China.

Hun Sorithy, Preah Sihanouk immigration bureau chief, said on Friday that an investigation was conducted by the General Immigration Department following a tip-off from Chinese police.

Lieutenant General Uk Hai Seila, chief of investigations at the General Immigration Department, said that the suspects claimed to be technicians, but will be deported regardless.​ He noted that Chinese police will transport the men back to China from Phnom Penh International Airport.

“Chinese police will pick them up this week,” Lt Gen Hai Seila said. “We received a lead from the Chinese police some time ago and we began the investigation in Sihanoukville.”
https://www.khmertimeskh.com/50526913/c ... eported-2/
Cambodia Expats Online: Bringing you breaking news from Cambodia before you read it anywhere else!