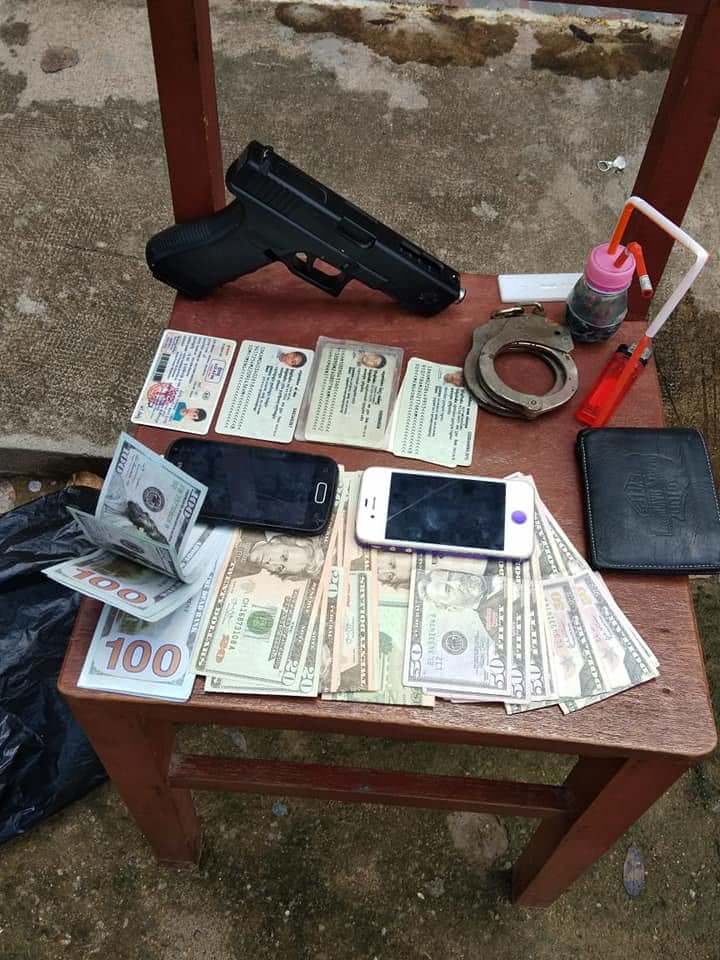 Svay Rieng, Cambodia News: On August 19, 2018, a 28-year-old drug addict man, Nget Dara, was taken to court on charges of carrying a fake gun, sword, and a pair of handcuffs, fake Cambodian identity cards, and nearly US$2,000 in counterfeit money.

The suspect was arrested on August 17, 2018, in Thnong village, Rum Doul district, Svay Reing. On August 18, the police tested the suspect for drugs and the result was positive. 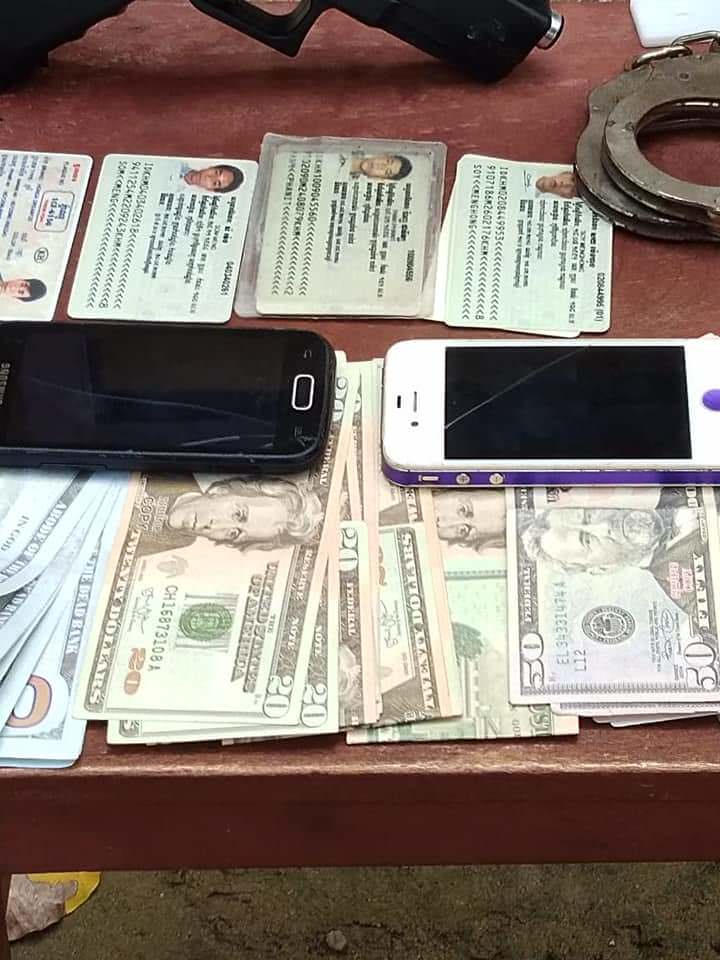 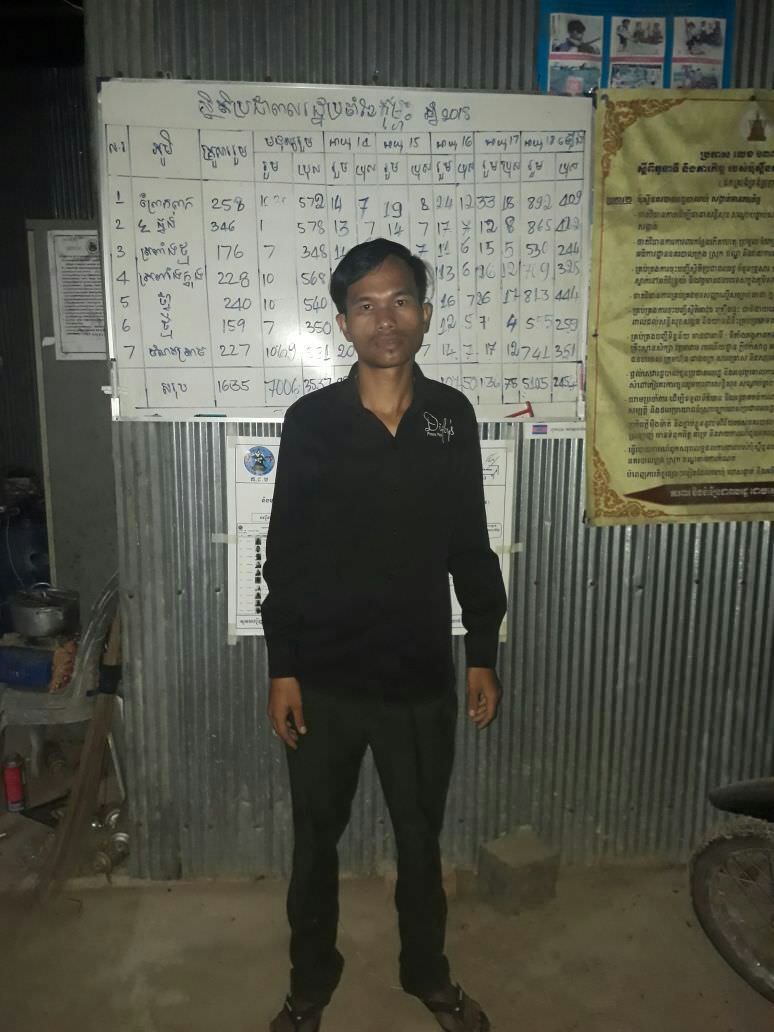 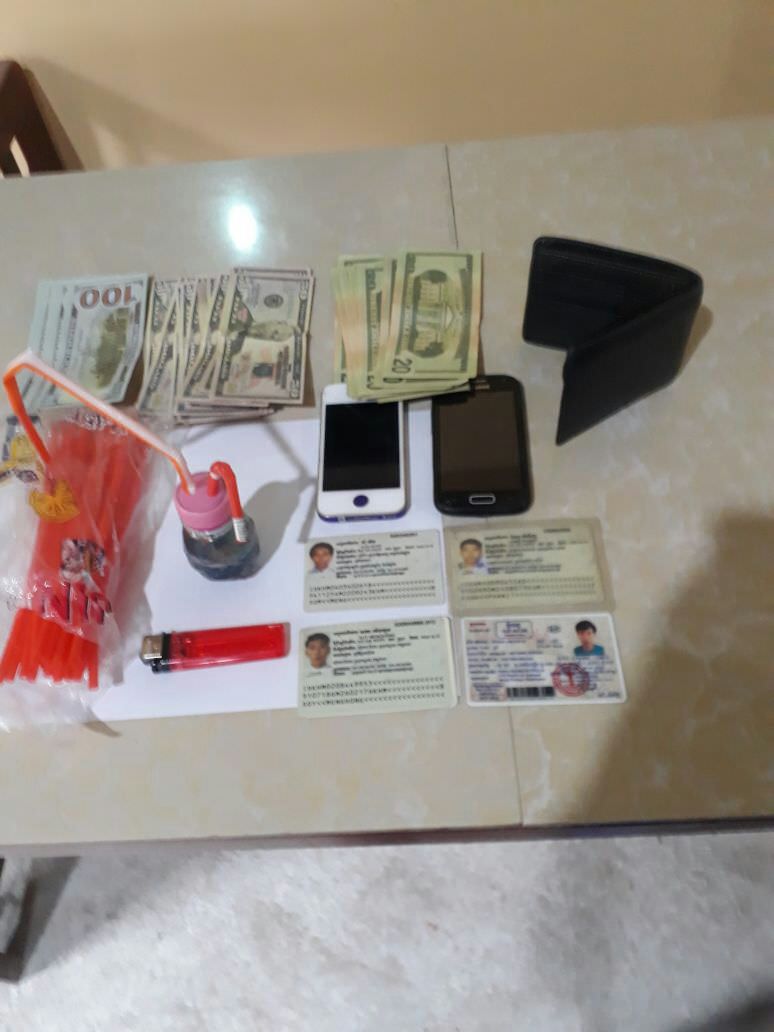