This is a part of our Cambodia forums to chat about anything Cambodia-related. This discussion forum is at the top of our site because it's usually the busiest part of the expat community chatter with random topics on just about everything, including expat life, Khmer politics, Cambodian blogs we have or have come across, or whatever else our members want to discuss. Whether you're an expatriate, tourist, Cambodian or random traveler just passing through South East Asia, you are welcome to talk about anything or start new topics yourselves.
Post Reply Previous topicNext topic
160 posts

Cowshed Cowboy wrote: ↑Thu Jun 28, 2018 4:36 pm These latest revelations are clearly a case of mistaken identity, It’s a fact of life in Asia that shiney new air conditioned shopping malls are always full of loads of creepy looking old expats, they can ogle the best quality local talent under the guise of a conversation with their creepy mate nursing a complimentary iced water for a couple of hours hogging the best seats at a coffee outlet. The win win is they also sweat a bit less than normal, but in Pattaya I still always wipe the seat at these outlets before I sit down and lay my camera on the table.

I must humbly retort in a most eagerly interested manner. Fantastic work, Jeeves! !

What is this? Battle of the Iron Mall??.

The photo subjects actually made an effort to pose for a photo which was made on a crappy phone camera........Read the freaking posts correctly.....

Come on, show us the photo.

I tried with recovery program it didn't work. The only thing going that does work is a rooted deep scan that needs to be done using a pc with decent recovery programme and a lead.

I had also tried recovering deleted images of historical buildings in Peru with lititle luck previously so I'm not new to trying this. In short it's both risky due to rooting the phone, and dependant on a decent $$ recovery programme that no one appears to have.

Besides I have absolutely no need to show you such a photo. Why? Many posters for illustrations purposes take photos of kids, but you haven't criticized them, yet ur on my case for taking a photo of 2 mature girls??

Under these conditions do you expect me to pander to your rather rude and inconsiderate persona??

CreakyRabbit and the Dodgy Watercolour 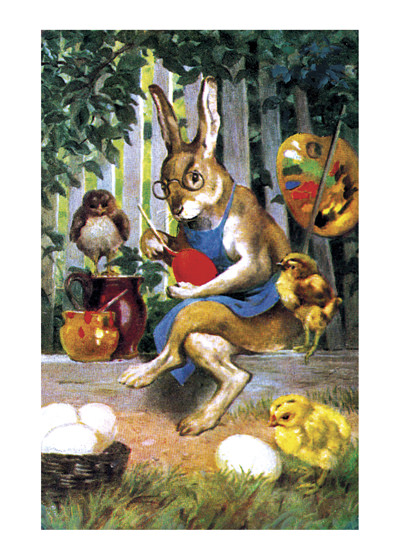 CreakyRabbit was an odd, old, white rodent of questionable intent, who had lost most of his fur, and never wore long clothing.

He didn’t much like rabbits of other colour, but because of his age, wasn’t aware that the things he said about coloured rabbits were no longer appropriate in the village.

CreakyRabbit liked to paint watercolours of other rabbits, but some of the other rabbits in the village noticed that he particularly like to paint watercolours of much younger female rabbits as they went about their village business. Occasionally, the younger female rabbits would notice what he was up to, and pose nervously for a moment, as all polite young rabbits would do to show respect for elderly rabbits.

One day, CreakyRabbit noticed two young female rabbits playing with their friends, and hastily set up his easel and got cracking with some artwork “for later.” It just so happened, as it often does, that some young, strong male rabbits saw what CreakyRabbit was up to, and decided, “well, this isn’t right!” and intervened. They suggested to the old hare that he not finish his painting, and that he should paint over his canvas to remove the questionable artwork.

As the young male rabbits were rabbits of colour, CreakyRabbit took particular offense and argued way too much that he was not doing anything wrong. Given the darkness of their fur, he could see that at least one of the young bucks had been enjoying happy nectar, and for some reason this compelled CreakyRabbit to foolishly stand his ground.

Eventually realizing the foolhardiness of this course of action, CreakyRabbit hopped to SheriffRabbit’s office, and insisted that the young bucks be locked up in the old tree in the centre of the village for suggesting that CreakyRabbit might in fact be a creepy old rabbit. SheriffRabbit was very confused by this, as he too thought painting watercolours of random young female rabbits was a bit off and probably shouldn’t be allowed.

Not getting the satisfaction his wounded pride demanded, CreakyRabbit hopped off, seeking someone else to tell his tale of woe. He eventually found the TellingStone, which was staffed by helpful but equally confused young rabbits who had never before encountered such a thing. While CreakyRabbit repeatedly attempted to convince the young TellingStone rabbits that he was not in fact a creepy old bugger, the young bucks of colour hopped past, causing CreakyRabbit to have a rather large, rather messy conniption.

He puffed out his cheeks, rolled his eyes, flipped his balding tail up and down in indignation, and insisted the TellingStone rabbits DO SOMETHING! They, of course, had no intention of interacting with the young bucks of colour, as they were big, and intoxicated, and, well… of colour.

So CreakyRabbit packed up his easel and paints in a huff, and hopped off home to his burrow. Once there, he determined to share the injustice he’d suffered with the rest of the village, and wrote note after note to stick to the biggest tree, in the middle of the village. When the other rabbits read his notes, they were at first confused, and then amused, and more than a little scornful, and added their own notes to encourage CreakyRabbit to continue being entertaining. The more they mocked him, the more CreakyRabbit screeched indignantly that he was not at all a creepy old bugger, and that the young rabbits WANTED him to paint their pictures, because they were out and about in the village, and their friends were already painting their pictures anyway! He argued that he’d already painted over his canvas, but that every other rabbit should believe that what he’d painted was appropriate and not at all weird. The other rabbits in the village noticed he’d used whitewash (the sneaky bugger) and suggested he wash that off and show the picture underneath. CreakyRabbit declared hotly that he would! he just would! just wait and see! but then didn’t.

The story got so bad for CreakyRabbit that he lost his pellets, and eventually started rubbing off the magic carrot marks that other rabbits had made on the biggest tree in the middle of the village. Poor CreakyRabbit. Such a sad tale of a lonely rabbit just trying to enjoy his hobby.

To be honest I lost interest in this story long ago, so some of the references might be off.
Bodge: This ain't Kansas, and the neighbours ate Toto!
Top

Brilliant! You should continue to write these short stories about other notable events posted on this forum

Brilliant! You should continue to write these short stories about other notable events posted on this forum

I very much doubt your enthusiasm for my literary efforts are enjoyed by others, but thanks. Coincidentally, my school kids have been watching Peter Rabbit it stages over the past few weeks, and were absolutely enthralled by it.
Bodge: This ain't Kansas, and the neighbours ate Toto!
Top

Considering its Cambodia a haven for old pervert and sex freaks I wonder wahat an old barang is going photographing young girls in a mall .
Top

sklmeera wrote: ↑Thu Jun 28, 2018 9:11 pm Considering its Cambodia a haven for old pervert and sex freaks I wonder wahat an old barang is going photographing young girls in a mall .

never heard the expression ' par for the course ' ?
youre not the sharpest knife in the drawer
พิซออนเดอรูฟ
Top

Mister Wisdom's Whopper never had that one.
Who let all of this riff-raff into the room?

sklmeera wrote: ↑Thu Jun 28, 2018 9:11 pm Considering its Cambodia a haven for old pervert and sex freaks I wonder wahat an old barang is going photographing young girls in a mall .

In a nation run by swine, all pigs are upward-mobile and the rest of us are fucked until we can put our acts together: not necessarily to win, but mainly to keep from losing completely. HST
Top
Post Reply Previous topicNext topic
160 posts