Phnom Penh: On June 19, 20 ex-security staff members from the US Embassy in Cambodia, who were fired over sharing underage pornography, are planning a peaceful protest, asking for justice in front of US Embassy in Phnom Penh.

32 US Embassy workers in Phnom Penh, which mostly included Cambodian and Cambodian-Americans working in security were fired on April 14 after the wife of one staff member reported them sharing pornographic images.

The protest has been approved by the Phnom Penh Municipal Court, but they are not permitted to march around the city. According to the request letter of the protest, these are the terms they wish to receive:

1. US Embassy to justify why they were fired without any proof.
2. The official reason for why they were let go to be changed from 'FIRED' to 'downsized.'
3. The embassy to acknowledge that they violated their rights to privacy by confiscating their phones and looking at their pictures and other things on their phone.
4. 6 months of full salary based on labor laws of letting employees go due to downsizing.
5. Request for sponsorship money (12%)
6. Compensation for defamation because of the accusations without proof.
7. Request to involve the Cambodian labor committee for the right to participate in the termination of the Cambodian staff with injustice and without following the labor laws. 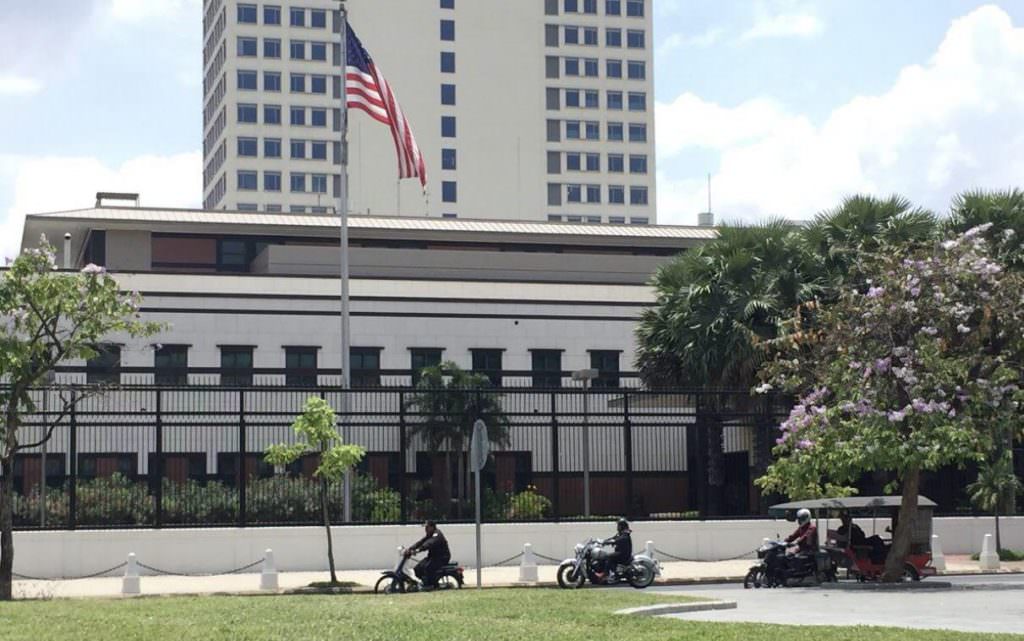 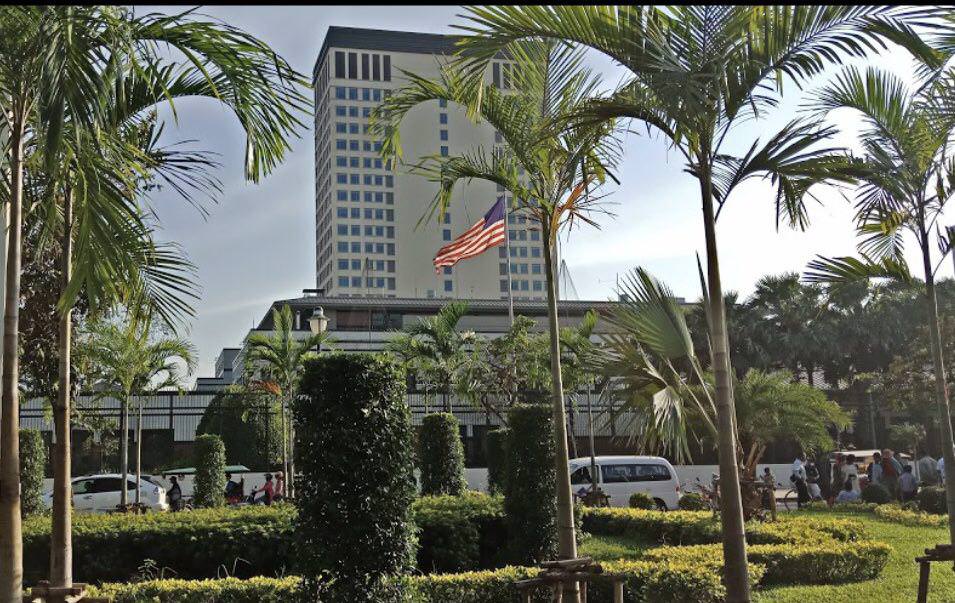 Last edited by CEOCambodiaNews on Mon Jun 18, 2018 4:05 pm, edited 1 time in total.
Cambodia Expats Online: Bringing you breaking news from Cambodia before you read it anywhere else!

perhaps they hadnt got back what they put in the first place to secure jobs at the embassy, thats why so pissed?

4. 6 months of full salary based on labor laws of letting employees go due to downsizing. (unless they worked 6 years already, or else they wont get 6 months)
5. Request for sponsorship money (12%)
6. Compensation for defamation because of the accusations without proof.

What is 'sponsorship money'?

I see it's a request, not a demand, but surely the embassy will not consider this given what the complainants are demanding?

I'm taking you to court, and I'm asking for charity, too?
Top 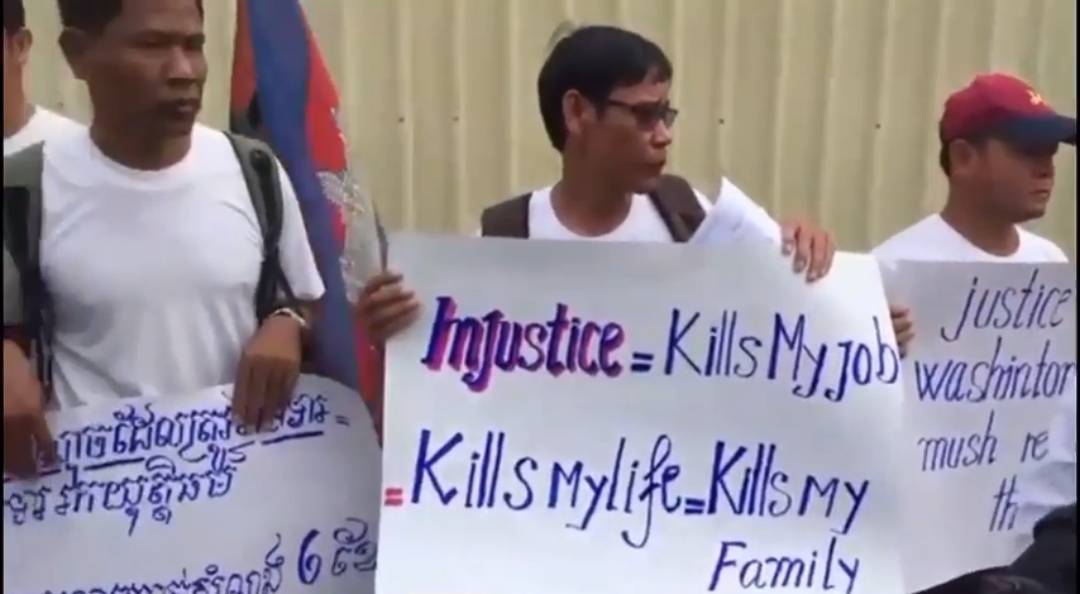 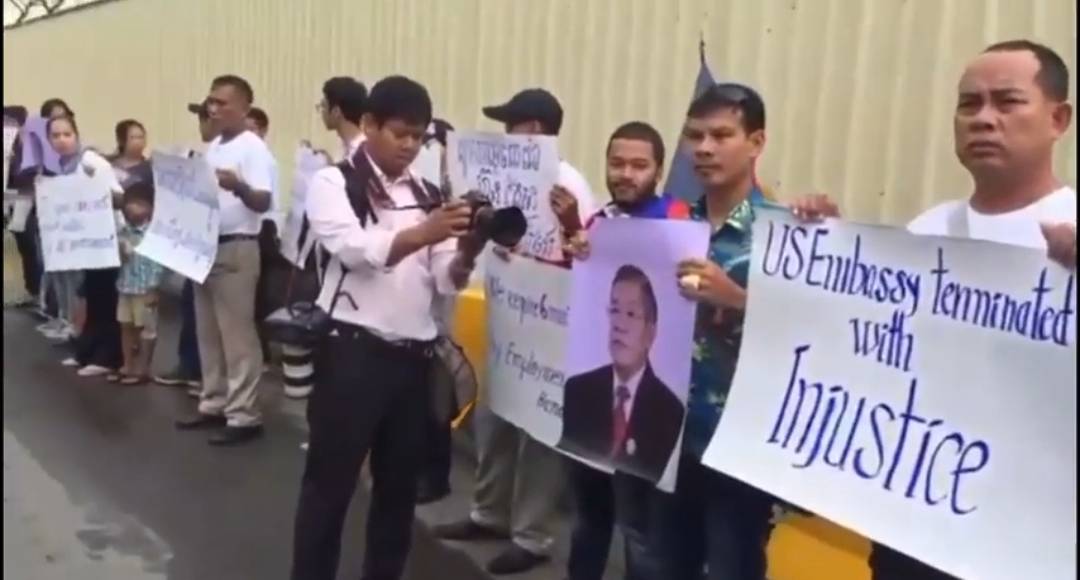 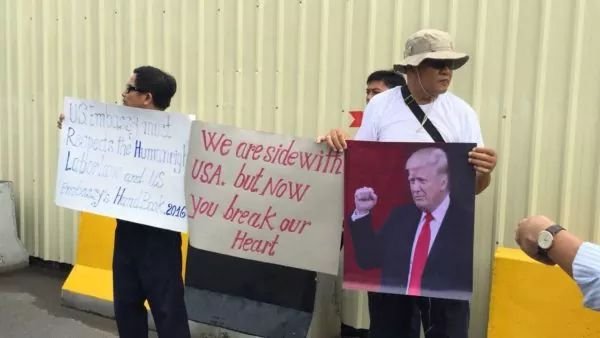 I'm having trouble grasping what these guys are on about.

They must be feeling very confident to be openly protesting against such hideous charges.

Has the US Embassy forwarded their evidence to the relevant Cambodian judicial authorities for further investigation / processing? Surely Cambodian authorities will want to seriously address accusations of possession of underage pornography levied against their countrymen.

If true, these chaps should be more concerned with prison sentences than protesting for '12% sponsor payments'.

These guys should probably keep their soup-coolers shut for the time being.

This whole thing is odd.
Top

canucklhead wrote: ↑Tue Jun 19, 2018 11:23 am Like the dude holding up the Trump picture. Like he will intervene on their behalf. It's a bit like protesting your own stupidity!

Cambodian style of protesting against (perceived) injustice - it's more of a petition to the powerful than a protest. You'll note that Cambodian protesters regularly carry large photos of HE and his wife.
Top
Post Reply Previous topicNext topic
52 posts