Cambodian women diving deep, going far
18 May 2018
There is a saying in Khmer that “women cannot dive deep or go far”. The meaning is that women should not stray too far from their traditional gender roles.

But when Menno de Block, an entrepreneur from the Netherlands, took a good look around his adopted country, he saw that this lesson couldn’t be further from the truth.​ So he teamed up with Chan Kunthea, 36, an employee at Just Associate, an NGO that works worldwide to provide legal support and capacity building for human rights activists, to interview Cambodian women and tell their stories.

The result is Diving Deep, Going Far, released this month, a novel inspired by the commitment of women to fight for a better future.

The book is initially being published in English, at a cost of $15, while 10 percent of the profits will be contributed to projects that support women leadership in Cambodia. The Khmer version of the book will come out in a few months with a more affordable price for locals.

“I would like the Khmer version to be spread and read as much as possible . . . so I will try to sell it at the cost price,” he said.

Despite the fact that Diving Deep, Going Far is just a novel, it is still an important book for many Cambodians, because it showcases the life stories and experiences of young Cambodian females who persistently fight against the norms of the society.

“I hope the readers, especially the women, will regard it as a reflection of themselves in order to be able to analyse and find appropriate solutions to solve problems in their lives. Moreover, I also hope that the foreign readers would be able to understand the lives of many Cambodian women and their struggle to overcome the society’s norms.” said Kunthea.

Diving Deep, Going Far is available for pre-order on Amazon and will be in bookstores mid-June for $15.
https://www.phnompenhpost.com/post-life ... -going-far

https://www.amazon.com/gp/product/B07D5X8KK4/
Cambodia Expats Online: Bringing you breaking news from Cambodia before you read it anywhere else! 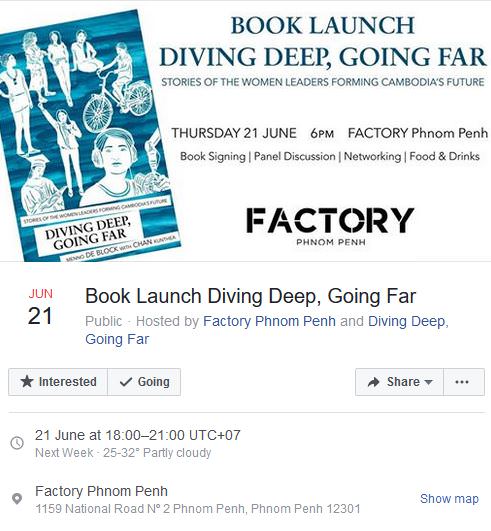 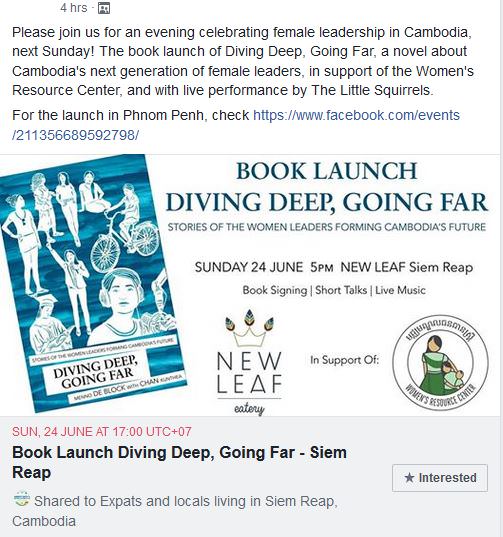 Users browsing this forum: No registered users and 84 guests