Breaking news from Cambodia can be found here. CEO often finds Khmer news and translates it into English for our readers if it is interesting to expats, locals, Cambodians living abroad and anyone who wants to stay informed of the latest local and international news stories about Cambodia and our neighbors in South East Asia. There are many sources for Khmer news articles and they can all be found here in one place. Most of the media comes out of Phnom Penh, Siem Reap or Sihanoukville, but we cover national Cambodian news from all provinces.
Post Reply Previous topicNext topic
62 posts 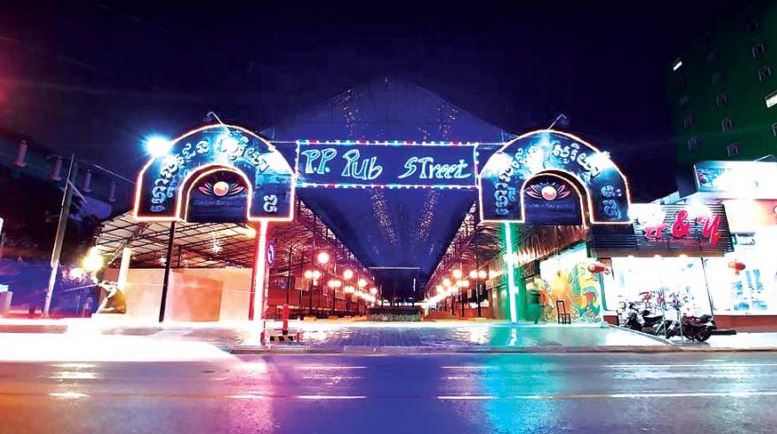 - Once a rabbit warren of sleezy bars and video game parlours, developers hope the Phnom Penh Pub Street concept will give new shine to a faded star.
After years of slow decline, Golden Sorya Mall on Pasteur Street (Street 51) has been given a major overhaul and will re-launch later this month as Phnom Penh’s latest 24-hour food and drink venue.

Named “Phnom Penh Pub Street”, the open-plan complex boasts 29 outlets – some with two floors – all contained under a single roof, and promises a mix of themes and cuisines, ranging from local fare to Korean and Mexican.

“This is a new concept that is very popular overseas,” said Van Porlim, general manager for the family owners who also operate the chic Van’s Restaurant in the old Bank Indochina building near riverside.

“It is a tested theme that is very popular in Bangkok,” she said. “It will cater to both Cambodians and expats.”

It remains home to Pontoon, a popular night spot which often features top visiting DJs, and is opposite Heart of Darkness, the grandfather of Phnom Penh’s club scene.
https://www.phnompenhpost.com/post-prop ... s-shot-arm
Cambodia Expats Online: Bringing you breaking news from Cambodia before you read it anywhere else!

I just thought I'd quote this for posterity. I think the problem might be that the whole neighborhood is a rabbit warren of vice and sleaze. Good luck to them, they have done a great job on the renovations but I don't see the area changing just because they gave that place a facelift. That doesn't really matter though, it'll probably be popular anyway

"Over the years, however, the area missed out on the development enjoyed elsewhere in the capital and went to seed. Addicts and drunkards could regularly be seen in the morning slumped on the pavements, sleeping off their respective poisons even as youngsters were being dropped off to attend one of the many schools in the area."

Is the Post going anti-expat or at least anti-sexpat?
Top

I took a look around there about a week ago. Five of the 29 spaces had been leased, at rents from $1,000 for the smallest to $2,500 for the biggest double-decker places. It will be interesting to see how quickly (or slowly) all the spaces are leased and what sort of buzz the place has.

But the new sleazy bars will cater to expats AND locals...
Top

But the new sleazy bars will cater to expats AND locals...

Problem is locals don't hang out in bars.
This is the voice of the Mysterons. We know that you can hear us Earthmen.
Top

There is no way the place will take off with the stupid rents they're trying to get. A ridiculous waste of money. They'll probably hold on for a year or so not to lose face too fast then quietly fold it.
Top