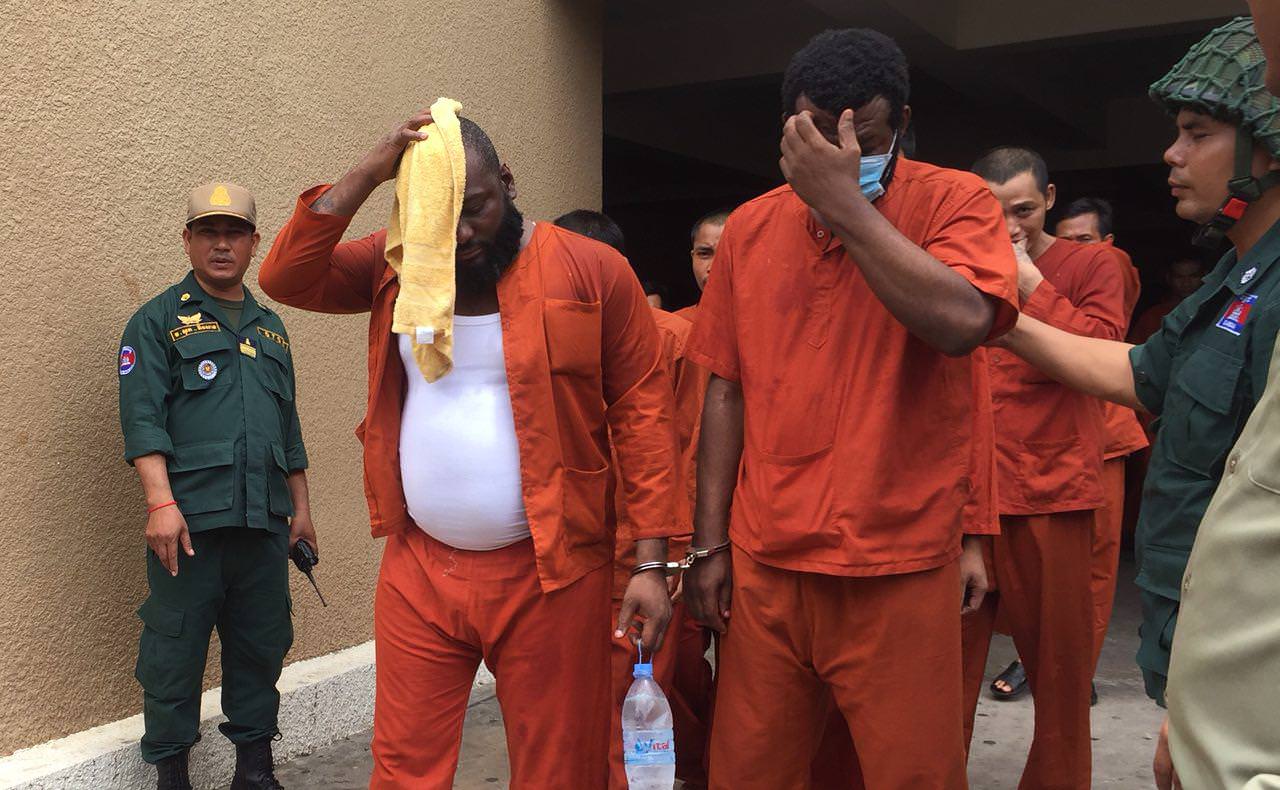 Phnom Penh: On May 7, 2018, the judge of Phnom Penh Court opened the hearing to sentence two Liberians, 37 year old KAMARA ABDUL, and 49 year old DAVIDSON ALPHONSO, for being in possession of the equipment necessary to scam people with the well-known "black money" or "wash-wash" scam* .
The two suspects were arrested under article 650 of the penal code, on August 10, 2017, in room no. 109, on Street 103, Sangkat Toul Sangke, Khan Reusey Keo, Phnom Penh.

The suspects confessed that they bought the equipment necessary, including large amounts of fake dollar bills, to set up the scam from a Pakistani man at the Cambodian-Laos border. They wanted to con people into giving them real money in exchange for the fake US dollar notes.

After the hearing, the judge did not set a specific time to announce the verdict yet.

The black money scam, sometimes also known as the "black dollar scam" or "wash wash scam", is a scam where con artists attempt to fraudulently obtain money from a victim by persuading him or her that piles of banknote-sized paper in a trunk or a safe are actually currency notes that have been dyed to avoid detection by authorities.The victim is persuaded to pay fees and purchase chemicals to remove the dye, with the promise of a share in the proceeds.
The black money scam is a variation of what is known as advance fee fraud.

The suspects confessed that they bought the equipment necessary, including large amounts of fake dollar bills, to set up the scam from a Pakistani man at the Cambodian-Laos border.