Goldman Prize Winner Nguy Thi Khanh: Catalyzing a Clean Energy Transformation in Vietnam
Mon, 04/23/2018 - 9:34am
By:
Michael Simon
This week, as Vietnamese environmental activist Nguy Thi Khanh is honored with a Goldman Environmental Prize, we reflect on her long and inspiring career.

I first experienced Khanh’s great organizing and convening skills when she was working with the Vietnamese NGO WARECOD (Centre for Water Resources, Conservation and Development). Khanh, along with her co-leader Ms. Nga Dao, helped bring the Vietnamese experience into shaping our regional civil society network – the Save the Mekong coalition.

Working with other Vietnamese NGO groups, Khanh also coordinated the campaigns and research of the Vietnam Rivers Network (VRN). Khanh provided great insights into Vietnam’s interests and concerns regarding Mekong dams, and she advocated for the importance of hearing from local communities while protecting river ecosystems. Khanh and VRN helped organize community-to-community exchanges, helping develop a “Mekong spirit” between peoples living in different parts of the river basin. 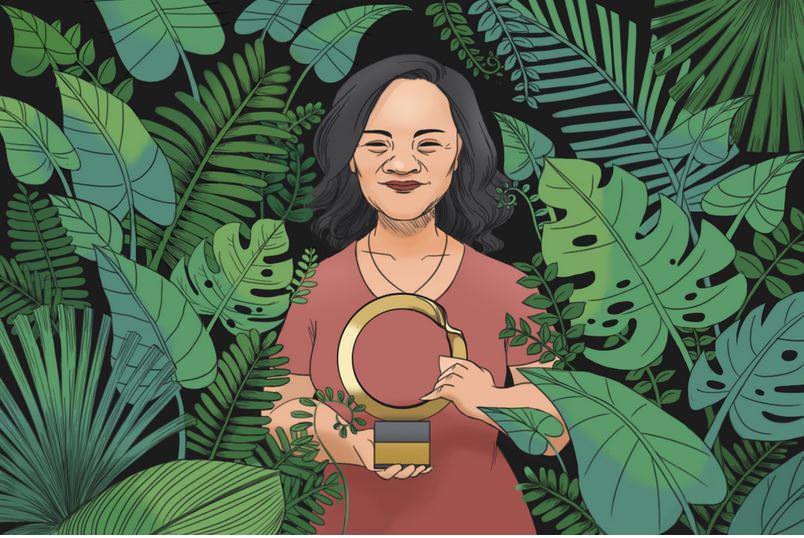 The award, now in its 29th year, is given out to grassroots advocates by the San Francisco-based Goldman Environmental Foundation. It is considered one of the highest honors in the environmental community. Each year, awards are given out to one winner from each of the world's six geographic regions: Africa, Asia, Europe, Islands and Island Nations, North America, and South and Central America.

Khanh, the founder of the Green Innovation and Development Center, or GreenID, an environmental NGO based in the capital, was recognized for her work on Vietnam's energy policy at both the governmental and grassroots levels. Upon hearing that she had won, Khanh tells Saigoneer in an email that she "was very surprised, and then asked for verification of the news. Knowing about the prize history, I felt super happy that my work was recognized at a global level."

Since late 2011, when GreenID was established, Khanh and her organization have focused on methods to make Vietnam's energy production more sustainable, most notably by advocating for a reduction in the use of coal-fired power plants.

"I found that the air pollution and environmental degradation are seriously threatening our people's health, community well-being and sustainable development of the nation in the long run," she says of her line of thinking at the time. "I just want to contribute as much as possible as a citizen and as a mother who wants to create the best living environment for our kids."
https://saigoneer.com/society/society-c ... ize-winner
Cambodia Expats Online: Bringing you breaking news from Cambodia before you read it anywhere else!