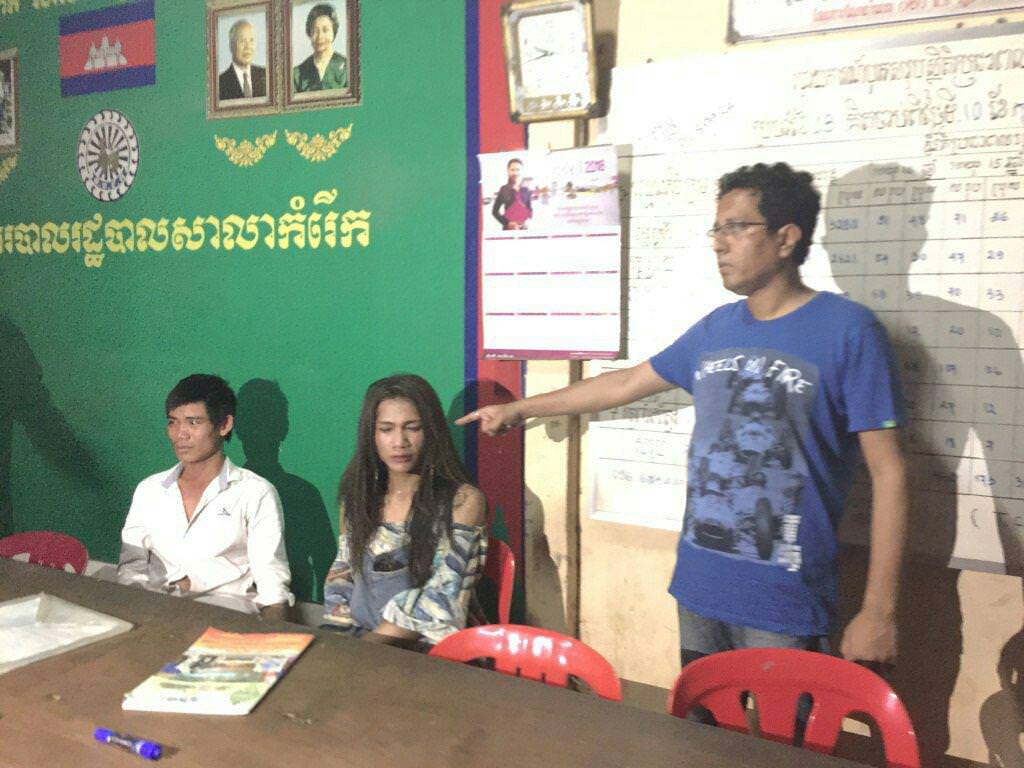 Siem Reap: On March 30 at 09:16 pm, a 46 year old Indian tourist, PINAKI RANGAR MITIE, got his bag stolen by a ladyboy and her boyfriend on street 60, Sangkat Slor Kram, Siem Reap. The suspects arrested were identified as Tun Vuthea, 28 year old ladyboy, and her boyfriend, Nhem Dara, 23 years old motordop in Siem Reap.

While the victim was walking on the street in the Angkor Quong Yu area, the suspect snatched his bag which contained $ 7 cash, 3 Credit Cards, and a driver's license, and then jumped on her boyfriend's motorbike to escape. Then, the victim filed a complaint to police. After receiving the complaint, the police contacted the local police at the scene who arrested the two suspects immediately.

After the incident, the two suspects and evidence was taken to police station for preparing the case submit to court. The bag was confiscated and returned to the victim. 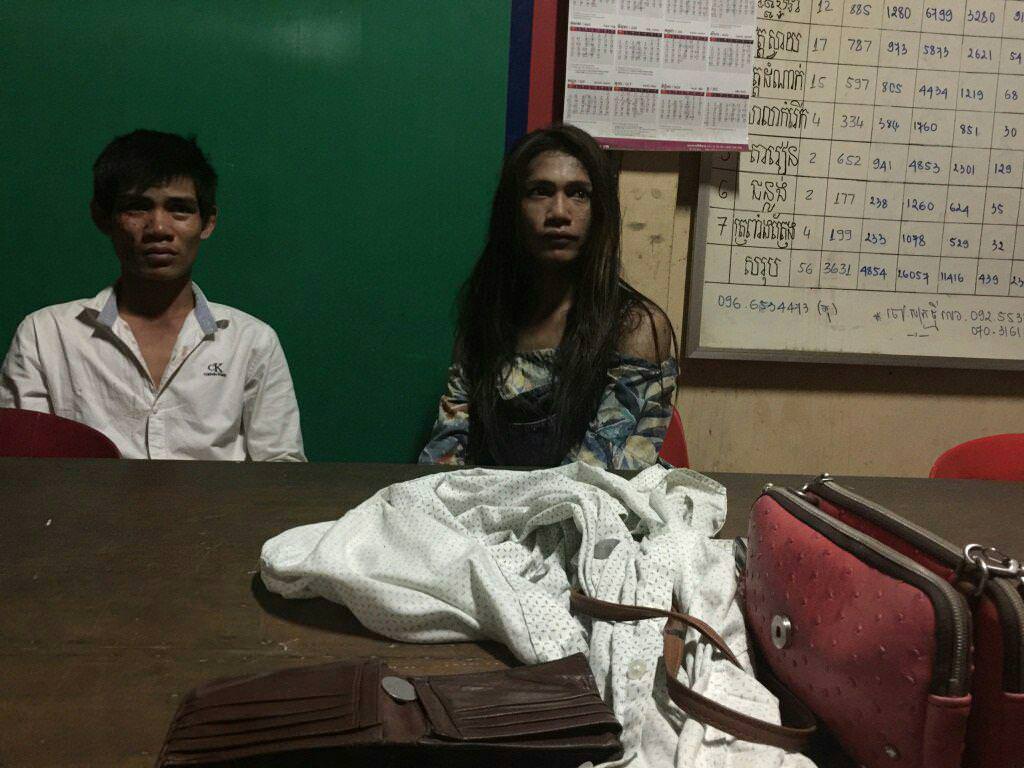 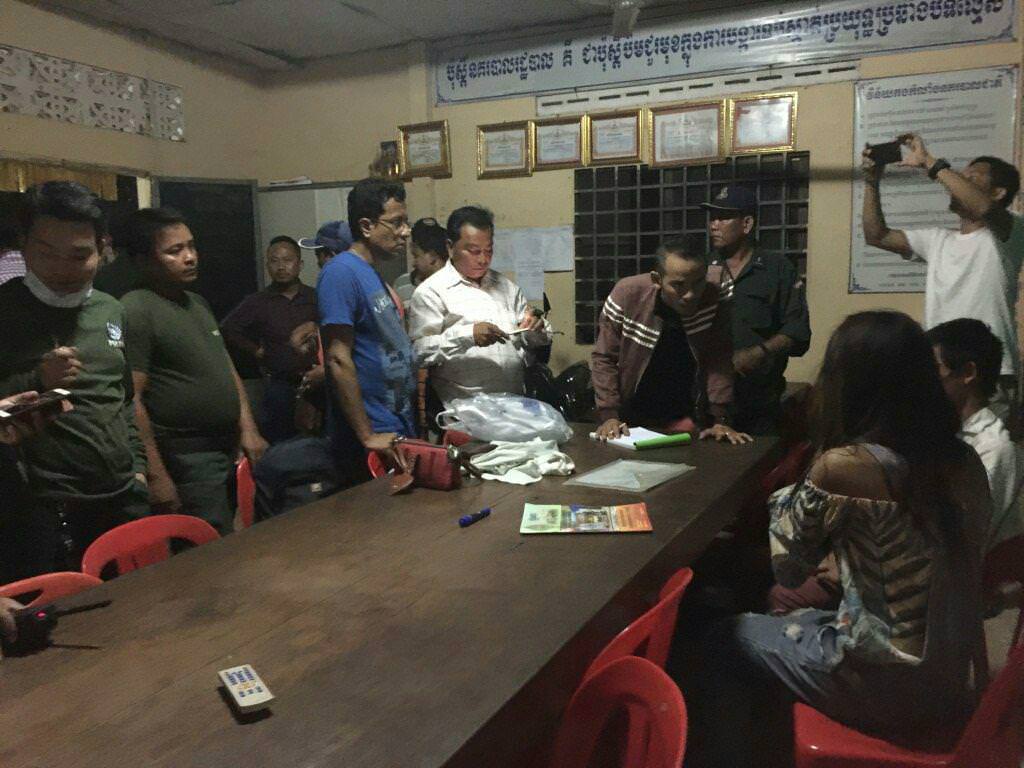 without reading the news, this photo looks like an interesting story

she gave me STD, while that guy looked on

This Google translate is a pain in the ass. Much better to make up your own story.
Top

without reading the news, this photo looks like an interesting story

she gave me STD, while that guy looked on