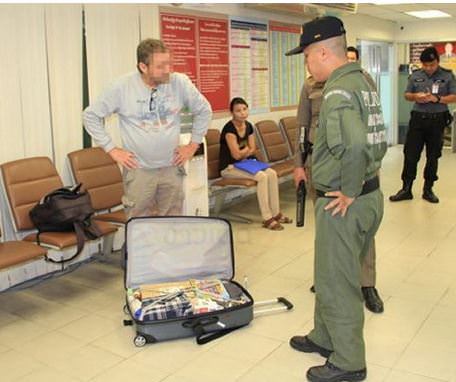 German Tourist Detained for Saying ‘Boom’ on Thai Smile Flight to Chiang Rai
28 Feb,2018
BANGKOK – 70-year-old German National Ernst Gunter Walter was removed from a plane shortly before takeoff from Suvarnabhumi airport after he gestured towards his bag in an overhead bin and said “Boom” on Wednesday morning

Mr. Walter was detained and handed over to airport police.

He had boarded Thai Smile flight WE132 to Chiang Rai, scheduled to depart at 10.50am on Wednesday, police said.

The plane’s crew reported that as Mr. Walter was putting his bag into an overhead bin he gestured, drawing a flight attendant’s attention to it, and said, “Boom”.

Flight attendants responded according to the rules. They informed the flight captain, who ordered an examination of the passenger’s bag and his removal from the plane to the police station at Suvarnabhumi airport. Nothing illegal was found in the bag.

The incident delayed the flight, which finally departed 52 minutes late at 11.42am and landed safely in Chiang Rai.

Mr Walter could be liable to a prison term of up to five years and or a fine up to 200,000 baht for his action, airport officials said.
http://www.chiangraitimes.com/german-to ... g-rai.html
Cambodia Expats Online: Bringing you breaking news from Cambodia before you read it anywhere else!

Do not joke in airports. Do not joke in planes. When flying drunk, keep your mouth shut and limit your conversation to ordering another beer.

UK tabloid version of the incident from The Sun. They even managed to find a photo that makes him look like a psycho. 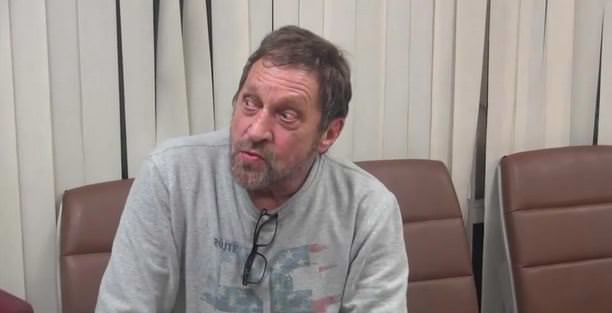 Ernst Gunter Walter, 70, was booted off the Airbus A320 on the runway at Suvarnabhumi airport in Bangkok, Thailand, yesterday morning
The Thai Smile flight was due to depart at 10.50am but Ernst beckoned over cabin crew before making a ''shh'' motion by putting his finger to his lips.

He then pointed to his pink suitcase, stowed in the overhead compartment, and yelled "boom!" - making the air hostess jump and sending the flight staff into lockdown.

The holidaymaker from Karlsruhe, south-west Germany, was dragged off the flight and marched into the airport's security office.

Ernst, who ranted in German before being arrested, now faces a prison term of up to five years and / or a fine up to 200,000 baht (£4,600).
Cambodia Expats Online: Bringing you breaking news from Cambodia before you read it anywhere else!