Yeah, that place out 'there'. Anything not really Cambodia related should go here.
Post Reply Previous topicNext topic
11 posts 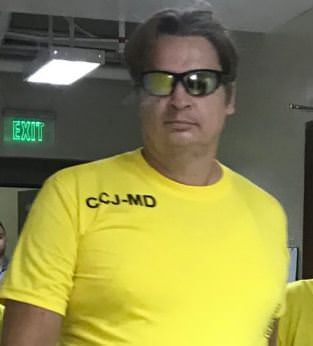 Child welfare advocates have hailed the conviction of Drew Frederick Shobbrook, 51, from Sydney, as a landmark case in efforts to shutdown the Philippines’ booming cybersex industry, which law enforcement agencies say attracts hundreds of Australian paedophiles.

Drew Shobbrook was arrested in 2013 after properties he rented were raided by authorities, who then took 15 underage girls into protective custody.

Fifteen underage girls who had been paid to perform lewd acts in front of web cameras were taken into protective custody after authorities raided three apartments Shobbrook was renting in Cebu in 2013.

Three girls testified in court that Shobbrook used girls for sex and created pornographic images and videos with them that he distributed on the internet...
http://www.smh.com.au/world/australian- ... 4z11m.html
Cambodia Expats Online: Bringing you breaking news from Cambodia before you read it anywhere else!

i edited my initial post about what i thought should really happen.
Top

a bullet would be too easy for this cunt, let him get butt-fucked in prison for the rest of his life

The problem is he'd probably enjoy that.

Slow death, no strain on the victim country's resources.

Australia seems to have a serious paedo problem, lots getting caught in SE Asia
Top

Slow death, no strain on the victim country's resources.

Australia seems to have a serious paedo problem, lots getting caught in SE Asia

TBF Australia is in SE asia, and it seems to me its mostly brits, Aussies and yanks who get caught probably because our police are more on it. I am sure there are pedos from India and japan and Arabia, they just don't get caught because there is no law enforcement at home watching them and tipping off people here
Top

The National Bureau of Investigation (NBI) yesterday rescued about 15 females, including four suspected minors, in a house believed used as a cybersex den in barangay Labangon, Cebu City.

The victims were purportedly paid to perform lewd acts in front of web cameras and to have sex with their employer.

The late afternoon raid resulted in the arrest of 46-year-old Drew Shobbrook, an Australian who rented three apartments which re losed-circuit television (CCTV) cameras.

Charges for violating Republic Act 10364 or the Expanded Anti-Trafficking in Persons Act of 2012 will be filed by the NBI-7 against the foreigner before the Cebu City Prosecutors’ Office.

The victims cannot be identified by the media under the special law’s confidentiality provisions.

However, identities and circumstances of human trafficking offenders are no longer held confidential in the recently signed RA 10364. The law amended Republic Act 9208 that previously shielded both victims and suspected human traffickers.

With the change, the media can now report names and other circumstances of suspected offenders to warn the public not to do business with them and to avoid being victimized.

In an interview, the Australian suspect denied he was involved in criminal activities. “I’ve been falsely accused. I’m definitely not involved in cybersex operations,” he told reporters.

The Australian gave his his name as Drew Shobbrook, but the NBI found a Philippine driver’s license and other documents where he used the name Dean Fred Joban.

The suspect said his wife and daughter in Sydney, Australia have yet to be informed about his arrest.
http://newsinfo.inquirer.net/392839/nbi ... omen-girls
Cambodia Expats Online: Bringing you breaking news from Cambodia before you read it anywhere else!