Yeah, that place out 'there'. Anything not really Cambodia related should go here.
Post Reply Previous topicNext topic
68 posts

jmagic wrote: ↑Sun Dec 10, 2017 9:55 pm Its exactly the opposite. The baker isnt trying to change anybodys mind. He is trying to mind his own business. The couple and the state are forcing the baker to agree with them, or face a massive business killing fine.

No, he is saying that he will only sell wedding cakes to people that he approves of. What next ? Ask for their marriage license ? Check that the man and the woman are REALLY what they say they are ? FFS, its a cake. Either you want to sell it or not.

Refusing to provide somebody a service IS minding your own businesses. If the baker wants to ask for a marriage license, he can. (In fact, that would be legal, because single people aren't an official victim group.) Of course, choosing to deny a paying customer is a bad business decision.
Top

Would you really want to eat anything made by someone who is resentful of being legally forced to serve you? That might not be 100% icing on your cake.

SALEM, Ore. — The Court of Appeals announced its decision Thursday to uphold a $135,000 fine issued to bakery owners who refused to make a cake for a lesbian couple.

Melissa and Aaron Klein had refused to bake a cake for Rachel Bowman-Cryer and her wife, Laurel, back in February 2013.

They ended up closing the store several months later due to backlash, but continued the business from home with the help of online donations.

"We lost everything we loved and worked so hard to build," said Melissa Klein. "I loved my shop. It meant everything to me and losing it has been so hard for me and my family."

http://katu.com/news/local/court-uphold ... gay-couple
In a nation run by swine, all pigs are upward-mobile and the rest of us are fucked until we can put our acts together: not necessarily to win, but mainly to keep from losing completely. HST
Top

^ And that's why I think you should have the legal right to refuse your services to anyone you choose. And then you can close because of the backlash. Her business was ruined before she even lost in court, so no need to get the law involved; society will work it out itself.
"Life is too important to take seriously." 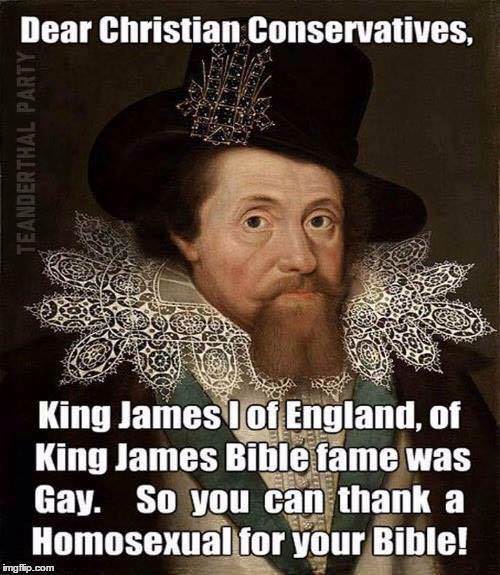 Lmao!! Can't believe you fell for that. Typical snowflake - believe every meme, do zero research, attack everything and everybody you don't understand.
Top

aren't his letters enough for you?

You attack my character - "great debate skills there" - because I called you a snowflake and mentioned how snowflakes believe every meme (you believing that meme being a perfect example, hence why I called you a snowflake). Your - "great debate skills there" - line is a passive/aggressive cut-down (attack) that you said just prior to saying it's wrong attacking people.

For me to provide counter-evidence, you first need to provide evidence; memes aren't evidence... no matter whose picture is on it.

This issue is a whole lot deeper than your assertion that the Bible was translated by a homo. That meme is basically implying that all of Jesus's teachings that condemn homosexuality were just a mistake or something misunderstood, which is even deeper suggesting Jesus wasn't real all-together. That meme is cutting down the entire existence of God and trashing on every believer that's ever existed. It's a failed tactic unbelievers use in trying to trivialize and invalidate the The Word of God. Even if the gay myth was true, it wasn't even him who translated it. He was the king and he appointed a team to do it. Think about it though... why would a gay dude who held the massive amount of power and clout he did, have left Jesus's teachings about homosexuality - his supposed lifestyle - in The Bible to be read by anyone? Another facet of it is that it's simply the homosexual movement in their unending attack on heterosexuality. This meme, which is probably believed on-the-spot by so many who avoid research like the plague, aka snowflakes, is just another attempt to normalize homosexuality by constantly suggesting that prominent figures of the past were homos. People will take poetic words and phrases which were commonly used in days long long ago such as, "retire to my chambers", aka gonna go chill at my pad, to mean something sexual in nature was occurring because in our language today, that comment would definitely illicit romantic thought.

Anyway, I read your page, here's one for you. https://www.jesus-is-savior.com/Bible/w ... sexual.htm
Top

I think we should leave the gay discussion and focus more on Bakers and baking.

Anyone care to share some recipes?
Who let all of this riff-raff into the room?

The Bible is a work of fiction, a 2000 year old "meme" just like the Koran and Harry Potter. 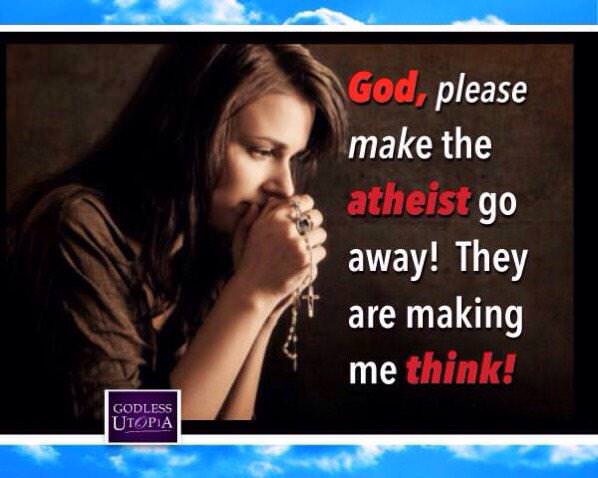 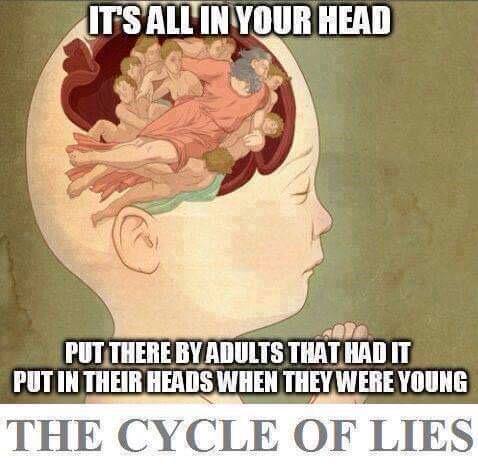