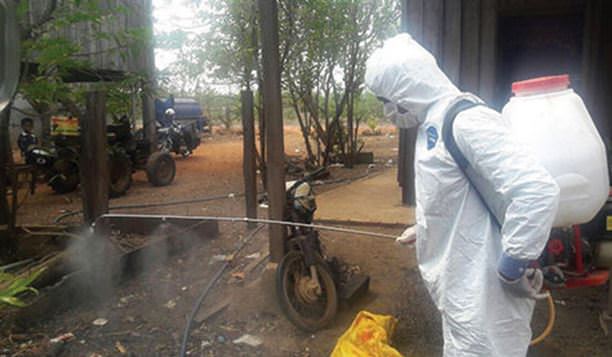 He added that chicken samples had been sent to a laboratory for analysis, but the results were not forthcoming. “We took those samples to the Pasteur Institute for examination, but we have not got the results yet. Provincial authorities have told villagers to be careful,” he said, adding no humans had been affected.
Cambodia Expats Online: Bringing you breaking news from Cambodia before you read it anywhere else!

Health Minister Warns of Sick/Dead Poultry on Chinese New Year
03/02/18 15:55
Phnom Penh (FN), Feb. 2 - Health Minister Mam Bun Heng appealed to people across the country not to eat sick or dead poultry to prevent bird flu H5N1.
His appealing was made during a signing ceremony on an agreement to implement the project on Mobile Clinic Assistant at the Health Ministry on Thursday.

“When poultry died, people should buried it and if found many, citizens should report to help prevent it from infecting more animals and people, especially children. Be hygiene and if there is any H5N1 symptom, visit nearby hospital for the medicine", stated Mam Bun Heng, Health Minister.

"This is a task that we must be careful, as the common flu generally occurs during the winter season. As the Chinese New Year is approaching, there will be more demand for meat,” he added.

H5N1 symptoms include fever over 38.5 degrees Celsius, cough, sore throat, or shortness of breath.
http://en.freshnewsasia.com/index.php/e ... 58-11.html
Cambodia Expats Online: Bringing you breaking news from Cambodia before you read it anywhere else!