Three arrested with drugs and US$4700 counterfeit money

Three arrested with drugs and US$4700 counterfeit money 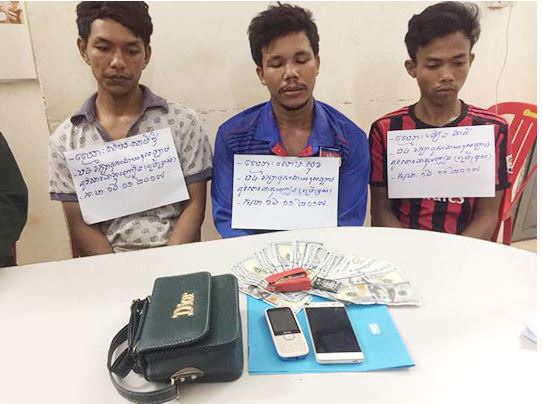 The police of the Por Hiang division noticed the three suspects while patrolling the streets. Because they were acting suspiciously, the police stopped and interrogated the suspects, only to find out that Chen Su had 1bag of drugs on his body which caused all 3 to be arrested.

At present the three suspects are detained at the local police station for interrogation and will be sent for prosecution later on.
Cambodia Expats Online: Bringing you breaking news from Cambodia before you read it anywhere else!

Re: Three arrested with drugs and US$4700 counterfeit money

Is that the same Samsung phone that was in the other photos showing the evidence.
Cambodia,,,, Don't fall in love with her.
Like the spoilt child she is, she will not be happy till she destroys herself from within and breaks your heart.
Top

Re: Three arrested with drugs and US$4700 counterfeit money