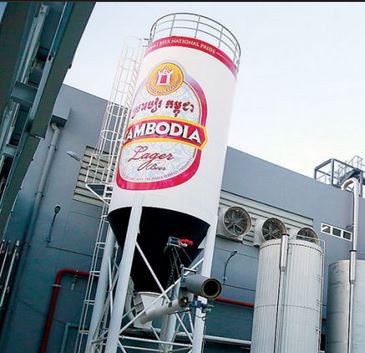 Cambodia beer signs ad deal with Man City FC
Wed, 1 November 2017
The logo for Cambodia Beer will now scroll across advertising boards for matches played by Manchester City FC after the brewery behind the local beverage giant signed a commercial deal with one of the England’s top Premier League football clubs.

The deal between Khmer Beverages Ltd and Manchester City marks one of the first times a Cambodian product will be pitched on the international stage. According to the agreement, Manchester City has signed a three-year renewable deal that makes Khmer Beverages’ products its official beer partner in Southeast Asia.

While the financial arrangement of the deal has not been made public, Im Sothearith, director of communications of Khmer Beverages Ltd, said yesterday that the deal allows the company’s products to appear on the LED board during Manchester City matches, while Cambodia Beer can use famous footballers from the club to brand its products.
http://www.phnompenhpost.com/business/c ... an-city-fc
Cambodia Expats Online: Bringing you breaking news from Cambodia before you read it anywhere else!