Breaking news from Cambodia can be found here. CEO often finds Khmer news and translates it into English for our readers if it is interesting to expats, locals, Cambodians living abroad and anyone who wants to stay informed of the latest local and international news stories about Cambodia and our neighbors in South East Asia. There are many sources for Khmer news articles and they can all be found here in one place. Most of the media comes out of Phnom Penh, Siem Reap or Sihanoukville, but we cover national Cambodian news from all provinces.
Post Reply Previous topicNext topic
66 posts

Imposter555 wrote: ↑Fri Dec 08, 2017 10:55 am interesting to see the additional topics that appear below this thread about CINTRI trucks

Yeah, one of their trucks ran over a guy's head at riverside this year. No brakes. There were dead bodies in the streets.
Top

New Sihanoukville trash collector admits flaws
19 December 2017
- The owner of a garbage collection company that recently took over trash pick-up in Sihanoukville admitted shortcomings in collection efforts yesterday, while pledging to improve services, following a petition by residents calling for the company’s contract to be rescinded.

Among the signatories, night market vendor Yu Veasna told The Post that public criticism for the company has been widespread as trash has piled up for several months due to irregular collection.

“At first, this company did not have a clear collection schedule,” she said, adding that “the people throw their waste on the road, around their houses, and there was no action from the authorities or the company”.
However, she noted that in the past few weeks, collection has substantially improved.

KSWM owner Nuon Vissoth said yesterday that a lack of workers, know-how, and early logistical woes were to blame for to the company’s admittedly sub-par performance.
“At the beginning stages, there are always gaps, but I am trying to correct and improve the capacity including the technique, instruments and accelerating the speed [of collection] in downtown,” he said.

The company had seven garbage trucks when it began collection, he said, but since last month the fleet has stood at 16 – which Vissoth said would be sufficient to meet demand. Additionally, he noted the acquisition of more dumpsters and the hiring of 100 total workers...
http://www.phnompenhpost.com/national/n ... mits-flaws
Cambodia Expats Online: Bringing you breaking news from Cambodia before you read it anywhere else!

May 24, 2018
Governor threatens to dump newly-hired waste company
- The Sihanoukville governor yesterday expressed his disappointment over the city’s garbage problem and warned the city’s waste management company that its license could be revoked if they fail to solve the problem within three months.

Governor Y Sokleng said yesterday that the amount of garbage in his city has become unbearable, noting that in the past eight months 120 tonnes of waste was disposed per day, a number that has now risen to 450 tonnes per day.

Last year, Kampong Som Waste Management agreed to a ten-year contract to operate garbage disposal after its predecessor, Cintri, was cut due to worsening road conditions, outstanding payments and lack of service.

Mr Sokleng said that under KSWM’s tenure over the past eight months, waste management services have not improved.

“We’ll give them until August to solve the garbage situation,” he said. “If not, then we will announce a new tender for a new company.”
https://www.khmertimeskh.com/50492835/g ... e-company/
Cambodia Expats Online: Bringing you breaking news from Cambodia before you read it anywhere else!

UPDATE: 7 August 2018
Trash Crisis Continues
Sihanoukville, Cambodia News: Sihanoukville locals, expats and tourists have requested that the local government pay attention to the trash crisis, and do something about the mounds of rubbish piling up in the streets of Sihanoukville.

In May 2018, Mr. Yun Min, the Sihanoukville governor, and Mr. Ey Soleng, the Mayor of the city,publicly warned the trash company that in two months, they must clear out all the trash in the city. They announced that otherwise, the local government will stop the contract with the company.

However, on August 7, the problem of the trash still hasn't been sorted. The rubbish is piling up, and Sihanoukville residents want to know why there has been no action. 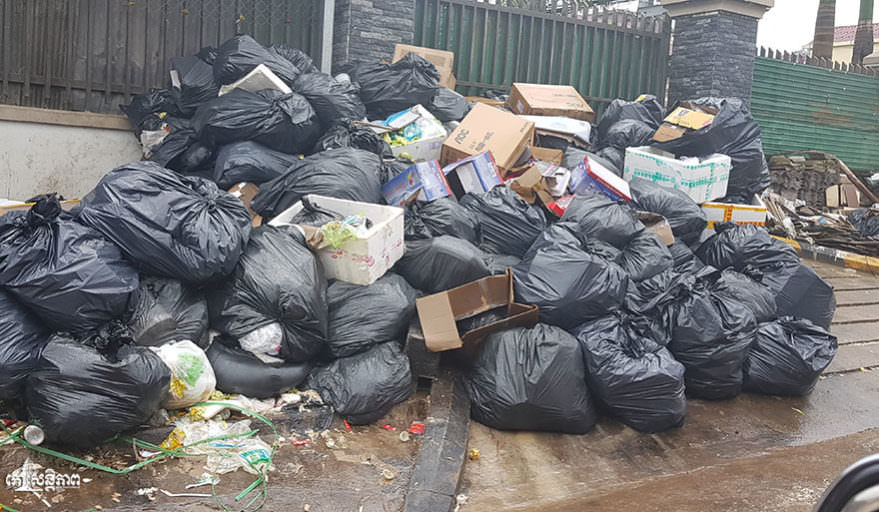 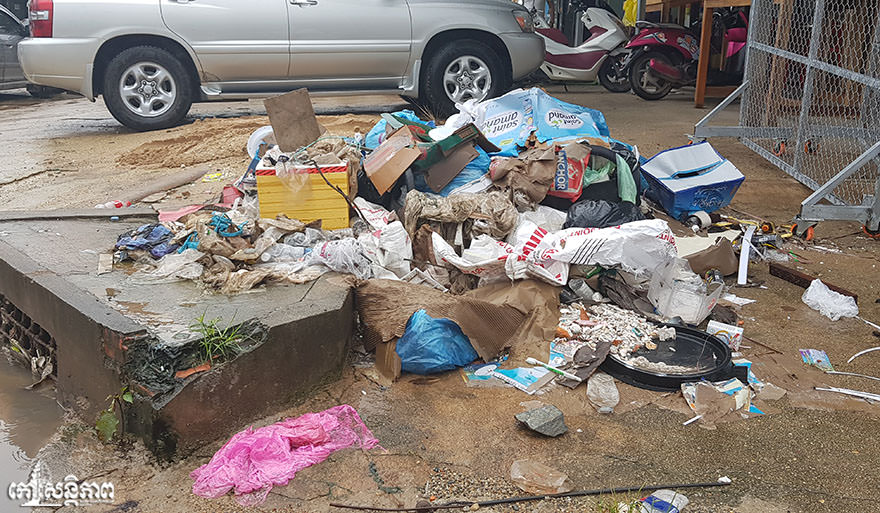 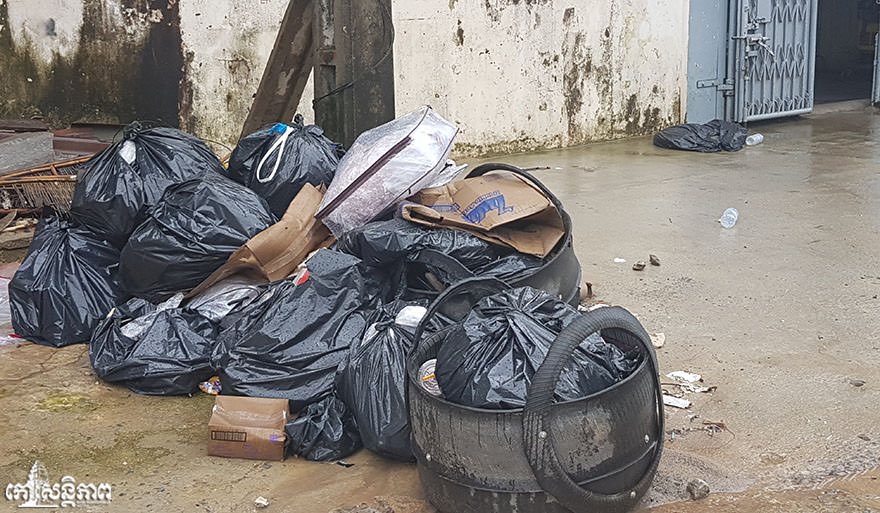 I think it's unlikely they'll get shit-canned, as it's the head of the environmental department's company.
Top

The Sihanoukville trash crisis continues, with local residents complaining that the rubbish trucks come rarely or not at all. Flooded roads help to spread the trash around.
These pictures were taken in sangkat 4 on 2 October 2018. 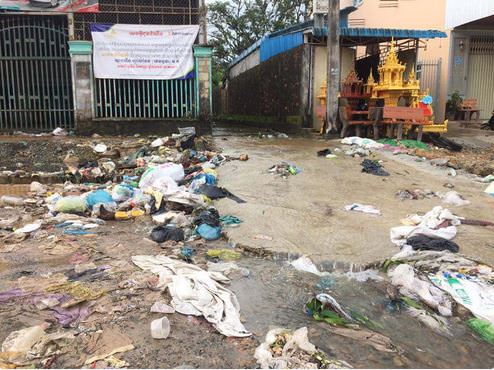 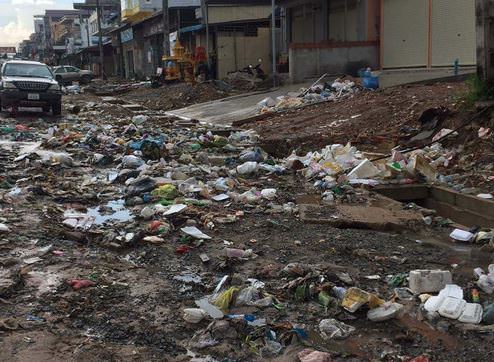 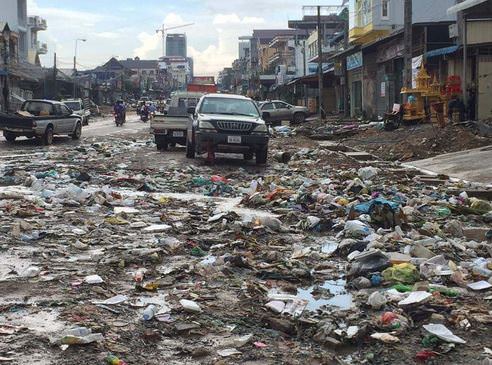 I fail to see what is wrong with this.

They are just trying to make the PRC quality tourists/ex pats feel at home.
You don't stop riding when you get old, you get old when you stop riding
Top
Post Reply Previous topicNext topic
66 posts