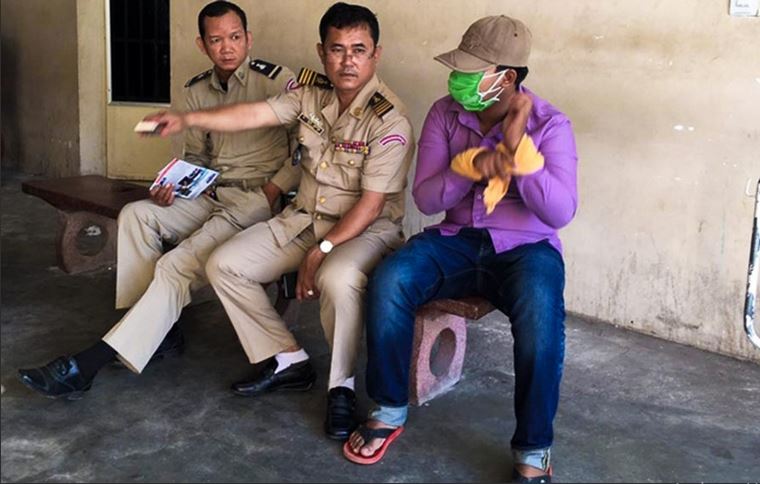 Kong Sarith, a police officer who worked on the case, said Mr Limetr had lived with his ex-girlfriend for two years before they split up.
According to the victim, she decided to leave him because he beat her. Mr Limetr was angry about the break-up, so threatened to post the footage of their sex life online.
“He demanded $1,000 from her in exchange for deleting the video clips,” Mr Sarith said. “The victim filed a police complaint to bring the suspect to justice.”
http://www.khmertimeskh.com/news/39687/ ... porn-case/
Cambodia Expats Online: Bringing you breaking news from Cambodia before you read it anywhere else!

Good if he goes to jail, this shit is much too frequent.

Having said that, why do people have themselves filmed doing the deed? It will obviously end up on FB sooner or later.
Top

This stuff where police allow perps to hide behind face masks must stop...
Jesus loves you...Mexico is great, right?

No presumption of innocence then vladimir?

I didn't realise he'd been convicted. Oh, he hasn't yet but you'll call him a perp anyway.

Shouldn't a potentially innocent person have some right to privacy?

Sent from my ONEPLUS A3010 using Tapatalk

And the police should stop using ''fake '' handcuffs.
Cambodia,,,, Don't fall in love with her.
Like the spoilt child she is, she will not be happy till she destroys herself from within and breaks your heart.
Top

In Cambodia? I believe perps here are presumed guilty until proven innocent. And it's not like the cops let everyone hide their faces.....
Top

In Cambodia? I believe perps here are presumed guilty until proven innocent. And it's not like the cops let everyone hide their faces.....

And sometimes they're even guilty if innocent. Depending on the size of "tea money" of course.

To be fair, I think the title should read 'Girlfriend beater "allegedly" gets dumped'.
Top
Post Reply Previous topicNext topic
8 posts • Page 1 of 1