Australian lawyer, Ian Yarwood introduces and discusses an article written by journalist, Lindsay Murdoch for Fairfax Media (published in the Sydney Morning Herald and The Age in Melbourne)

Koh Tao scuba diving school owner assassinated in broad daylight as he chatted with friends near Sairee Beach. The Royal Thai Police won’t solve his murder though. A hit man fired 6 shots into Virat Asavachin aka “Mr Ban” then calmly walked away.

From another thread, but probably relevant here
(nb, just my attitude, others will feel differently)


SternAAlbifrons wrote: ↑Tue Jun 08, 2021 2:37 am I have kayaked solo all over Cambodia, for years, and only once came across a person, i think, who wanted to rob and murder me.
'Safe as a Sunrise egg.
I would never never ever ever ever do that in Thailand. In the long run your number would come up for sure.

Same for my ex. She's done 7 (i think) solo bicycle trips all over Cambodia - and 1 in Thailand.
Too spooky she reckons too.

Letter from Koh Tao murder scapegoat Zaw Lin. He reports that he was infected with covid-19 and says that some prisoners in Bangkwang Central Prison died of the virus. He asks about a proposed transfer of Wai Phyo and himself to a prison in Myanmar but has not heard from Myanmar officials about this since last year.

Now that Thailand is beginning to open up to international tourism and Great Britain has removed Thailand from its red list or "no go list", it's likely that more UK citizens will be looking for a vacation in the Land of Smiles in the coming months and next year. It is therefore an appropriate time to revisit the story of the unprovoked attack by a Koh Tao scuba diving instructor using a broken beer bottle upon a Scottish tourist on 15 August 2020.

The thumbnail features an artist's impressions of the victim's ghastly neck wound before and after surgery - but without all the blood. The work was commissioned and paid for by the video creator.
Top

while ur at it lets bring up the atrocities committed by the Japanese during ww2 in Thailand as well
and dont forget Thailand war on drugs
In a nation run by swine, all pigs are upward-mobile and the rest of us are fucked until we can put our acts together: not necessarily to win, but mainly to keep from losing completely. HST
Top

The assassination of Virat Asavachin aka Mr Ban.
Top

Murdering people on Koh Tao is not particularly difficult. However, disposing of bodies is more of a challenge. Bodies dumped in the ocean tend to wash ashore somewhere. In addition, the island is so tiny that there is always the strong possibility that a body will be discovered if left in the jungle.

There were rumours circulating around Koh Tao that the island’s butcher & pig farmer helped in the disposal of bodies by chopping them up and possibly even feeding them to his pigs.

The butcher was convicted of the 2002 slaying of Mr Ban (Virat Asavachin) on Sairee Beach, Koh Tao.

This was the same year that a notorious Canadian serial killer & fellow pig farmer, Robert Pickton was arrested. Pickton was thought to have murdered 49 people and the government of British Columbia issued statements saying he was suspected of selling human flesh with pig products and of feeding victims to his pigs.

Many Koh Tao apologists criticise me for focusing upon murders on Koh Tao but the reference to Robert Pickton did not pacify them.

Pickton is certainly not the only killer suspected of feeding victims to pigs. Pigs are excellent at disposing of human bodies except for some parts such as teeth and dentures. 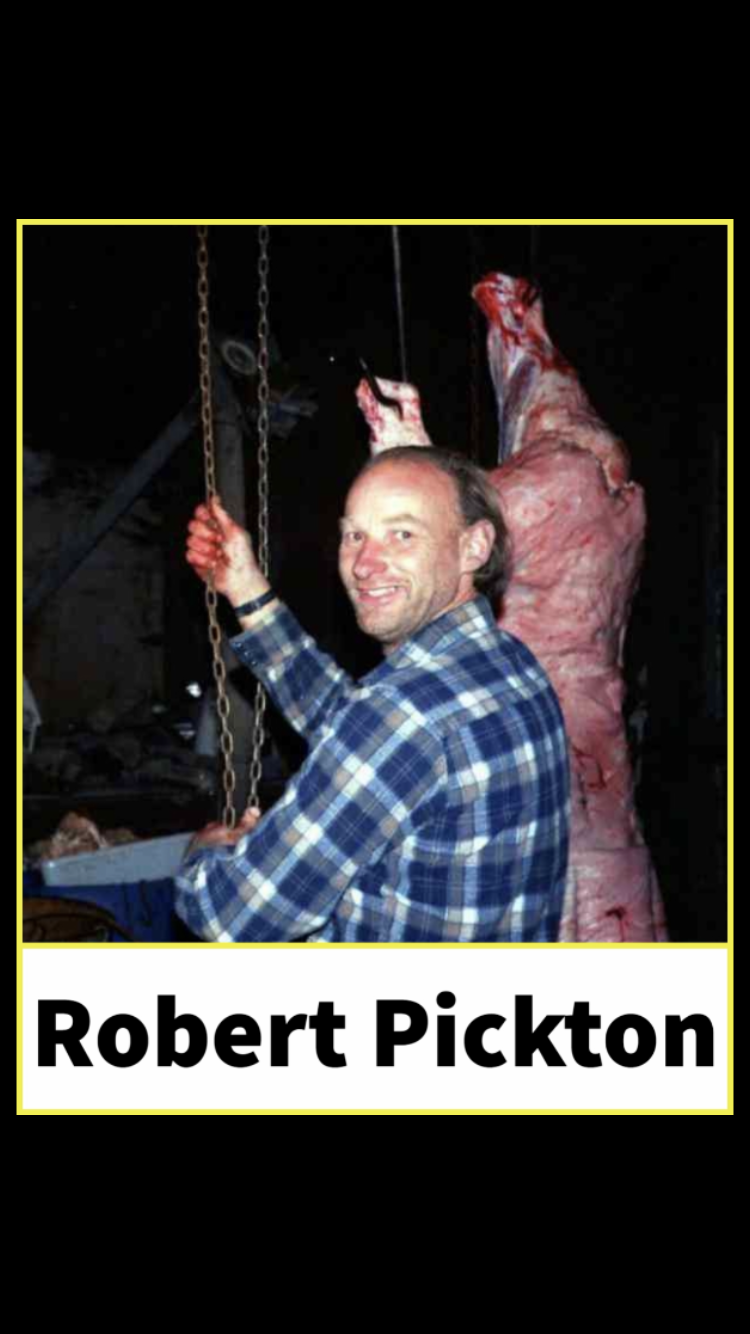