My video of an article I wrote 3 months after the disappearance of Valentina Novozhenova on Koh Tao in which I discuss the poor performance of the Royal Thai Police.

Canadian woman Carla Bartel, survivor and accidental heroine of Death Island talks about the night two apparently Thai men launched and attack upon her and UK man, Sam Venning at the very same spot on Sairee Beach where the bodies of Hannah Witheridge and David Miller were found.

“It just saddens me that there’s two innocent men behind bars paying the ultimate price for something they haven’t done. This has really bothered me and this is ultimately why I think it’s important to keep sharing my story.”
- Carla Bartel, Virden, Manitoba, Canada
24 March 2021

Please note that on the thumbnail to this video, one can see the spot where Sam and Carla were sitting as it is next to the flowers left by tourists following the murders of Hannah and David. It overlooks the location where the bodies were discovered just metres away.

It has always been obvious that the Thai authorities never wished to pursue any evidence that would implicate Thai nationals in the double murder on Koh Tao. The Royal Thai Police focused on fabricating evidence with which to convict to powerless Burmese scapegoats, Zaw Lin and Wai Phyo. This included engaging in scientific fraud to create obviously false DNA evidence.

Australian lawyer, Ian Yarwood introduces and discusses an article written by journalist, Lindsay Murdoch for Fairfax Media (published in the Sydney Morning Herald and The Age in Melbourne)

"George" from the Netherlands recounts the evening he and his friend were the targets of unprovoked attacks by hostile Asian men behind Sairee Beach and how the two tourists made their escape on the first boat off the island.

I believe my friend was murdered on Koh Tao.

In January 2000, Ian Jacobs from Sutton Coldfield, Birmingham UK travelled alone to Koh Tao, Thailand for a diving vacation. Within two weeks he was dead and his body was promptly cremated in Bangkok.
Ian’s body was found in a "well" (made of prefabricated concrete pipe) that was sticking out of the ground off the beaten track. His neck was broken.
The Thai police claimed that he had stumbled back to his bungalow drunk and fallen into a well. They said he hit his head in the fall.
Witnesses say it was not possible to stumble into the "well."
Ian’s friend, Mick Lock travelled to Koh Tao to investigate. He was shown a well (one of two in the area) but very soon after his arrival he said it was "bulldozed" over before he had a chance to take photographs. Mick understood that Ian had recently written letters to other friends in which Ian said he had loaned a small sum (a few hundred pounds) to a Thai man on the island but Mick stresses that he does not know who might have killed his friend.
After a couple of days of asking questions, Mick said that Thai police recommended that he leave Koh Tao as soon as possible.
Murders of foreigners on Koh Tao are not a recent phenomenon. The cover-ups are nothing new either.

The MIRROR in the UK picks up the story about the ambush by masked men on Sairee Beach: 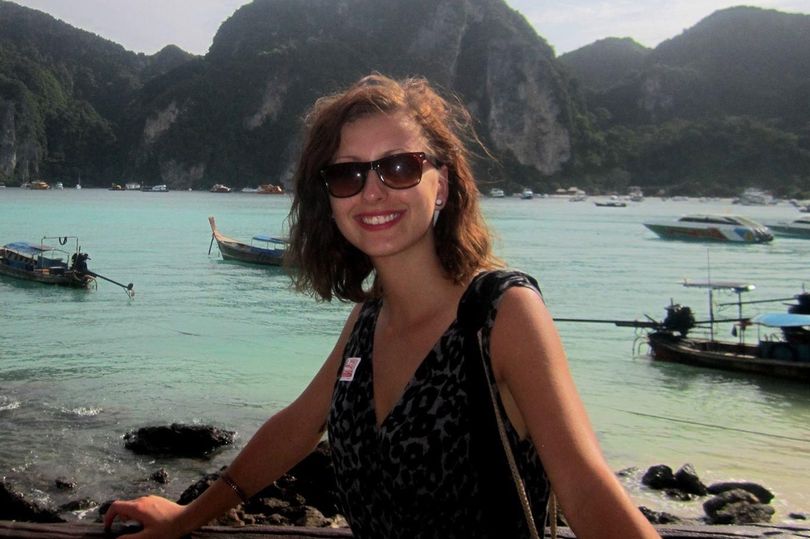 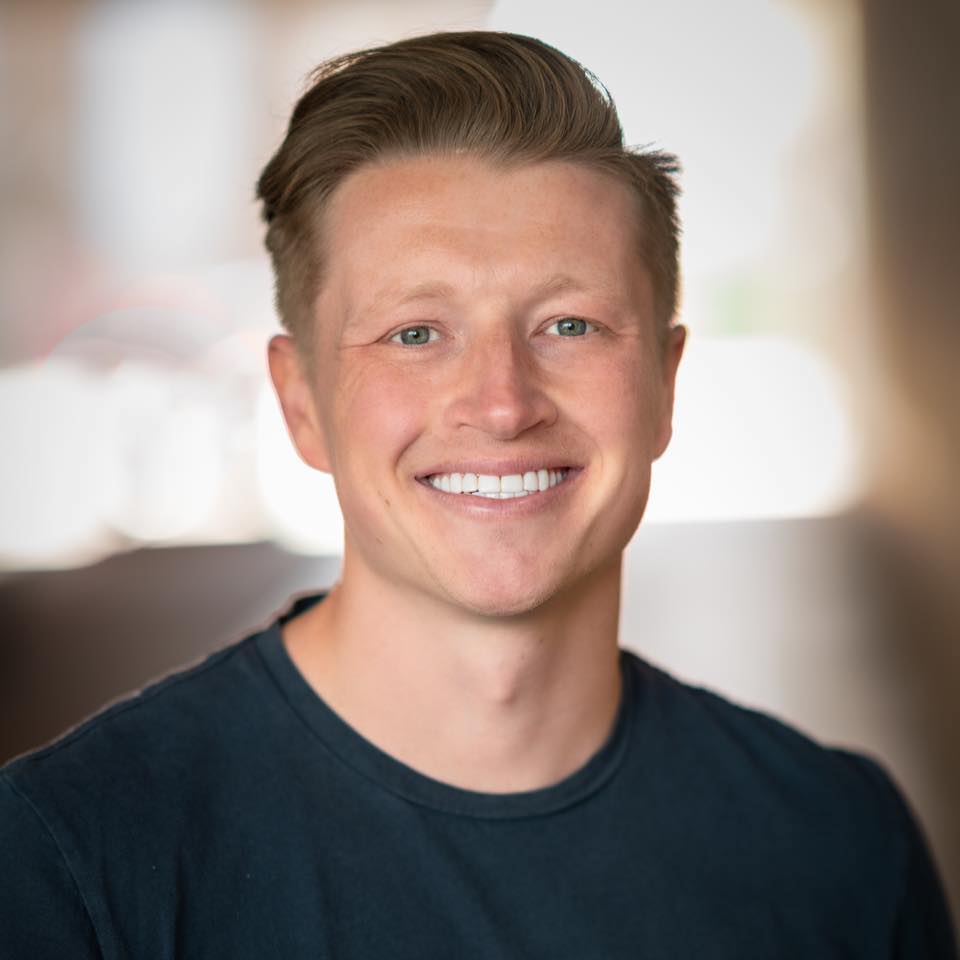 No signs of foul play, but a couple have died in strange circumstances in a swimming pool on Koh Tao.

Wealthy Thai-Indian couple drown on Koh Tao
No signs of foul play in what son and police believe was tragic accident in hotel pool
published : 5 Jun 2021 at 16:32
writer: Online Reporters

SURAT THAI: A wealthy Thai-Indian couple were found drowned in a hotel pool on Koh Tao while holidaying on the island. Police found no signs of foul play.

Rakeshwar Sachathamakul, 59, and his wife Anshoo, 55, are believed to have died while swimming in the two-metre-deep pool at the Jamahkiri Resort & Spa on Friday.

Their son Ratish Sachathamakul, 34, alerted police at 4.45pm after he found his parents lying in the water. He called hotel staff for help but attempts to revive the couple failed.

Rakeshwar was the co-owner and CEO of the Novotel Phuket Kamala Beach hotel in Phuket and owned the Bangkapi Mansion apartments on Sukhumvit Soi 12 in Bangkok. He was the managing director of Wireform A.N. (Thailand) Co, a manufacturer or precision springs and plastic parts for automotive and other industries, with plants in Rayong and Prachin Buri.

Pol Col Kriangkrai Kraikaew, chief of Koh Tao police, told Thai media that the couple had visited the island for a holiday with their son. After checking into the hotel, they went for a walk. Their son left for a nearby beach while his parents went to the pool, according to the police investigation.

Police found no traces of a struggle or any other signs of foul play at the scene. Investigators were told that Rakeshwar had some underlying health conditions, including diabetes, hypertension and obstructive sleep apnea, said Pol Col Kriangkrai.

Closed-circuit television cameras at the hotel had not been working for several months due to lack of maintenance. The hotel had not opened the swimming pool during the Covid-19 outbreak, said Pol Col Kriangkrai.

Investigators believe that either Rakeshwar or his wife had got into trouble while swimming, and that the other had tried unsuccessfully to help.

Thai media reported that the couple’s son cast no doubt on the cause of his parents’ deaths. During an initial examination of the bodies, a doctor concluded that the couple died due to lack of oxygen to the brain.
https://www.bangkokpost.com/thailand/ge ... on-koh-tao
Cambodia Expats Online: Bringing you breaking news from Cambodia before you read it anywhere else!

Billionaires’ deaths also covered in this piece on Thaiger:


Koh Tao has the worst luck with CCTV cameras imaginable. The cameras overlooking areas where tourists are killed or injured seem to always be broken by some strange coincidence.

Even though the Jamahkiri Resort is a 5 star

Two Thai-Indian billionaires die on Koh Tao in suspicious circumstances. They were within easy reach of lifesaving equipment, which could have been used as an improvised lifeline if one had actually been trying to rescue the other. (See video below)

Below is the most relevant part of a recent article from Matichon Online translated from Thai using Google Translate:

Then the receptionist ran up to the pool to meet Mr. Rakkisuan Satchathammakul, lying on his back, drooling in the water on the stairs by the edge of the pool. The receptionist therefore called 3 staff members to help the deceased by hurriedly bringing the unconscious body out of the pool and helping to pump the heart Then the Koh Tao Hospital rescue team arrived to help pump the deceased's heart. The son of the deceased asked where his mother had gone. The people near the pond where the accident occurred were looking to see another deceased, Mrs. Anshu Satchathamakul, lying face down in the water in the other corner of the pond, so he hurried up from the heart pump pool to deliver. to Koh Tao Hospital After that, both of them died.

For the pool, the depth is different, with a depth of 1.20 meters and 2.20 meters, officials inspected the area around the edge of the pool, found no blood or other foreign matter. Only the shoes of the deceased were found. Bottles of beer rested on the floor by the edge of the pool. and the bag has a rectangular shape, the handle of the deceased is used to put exercise equipment The investigative team has seized all items in the pool area as evidence.

The hotel's CCTV administrator testified that There were no CCTV cameras and other surveillance cameras in the pool area. of the hotel can not record all the past data at any time Because the hotel's electrical system has 2 systems that alternate between the generator and the electricity system of the Provincial Electricity Authority. cause when the electricity falls often, the hotel's surveillance cameras are unable to store the recorded data at certain times. The police then seized all the camera data of the hotel and sent them to specialists for further investigation.

The room of the deceased with his son There are medicines to treat diabetes in the room. high blood pressure ventilator Three bottles of beer were also found on the dining table, two on the sofa-side table, all unopened. Officers seized another bottle of beer that the deceased drank while waiting to register in the room as evidence Initially, from the investigation of the scene, there was no definite cause of death of the deceased because the pool area at the scene of the accident at the time of the accident had no witnesses to the incident. And still can't check the CCTV footage from the swimming pool at the scene of the hotel.

Recently, the police officers from the Deterrence Division, along with the Provincial Police Region 8 investigative unit, Koh Tao Police Station, Surat Thani Immigration. Koh Samui Tourist Police and the Koh Phangan District Administration have inspected the scene again by inspecting the pool area and the room where the two deceased stayed including collecting details of other environments to another analysis of the cause of death However, police investigation guidelines There will be an examination to the family of the deceased. and the business of the deceased Because they want to resolve the conflicts, both personal and personal. and businesses that may cause the situation to be created as an accident This information is in the process of the police suppression.

For the bodies of Mr. Rakkisuan Satchathamakul, 59, and Ms. Anchu Satchathammakul, 55, the investigators sent them to a thorough autopsy at the Institute of Forensic Medicine. Royal Thai Police Initially, a forensic physician concluded that Both of the deceased died from suffocation. There is a lot of fluid inside the lungs. From the physical examination, there were no injuries. or traces of abuse, however, have to wait for the results of the laboratory test again for about 30 days to know the results.