Thailand is Cambodia's neighbor to the West, and this forum is dedicated to Thai news, stories, reviews, blogs, videos, Thai people and anything else related to the country. A lot of expats have both lived and worked in Cambodia and Thailand, and this area is a place to discuss all aspects of life in Thailand and what's going on there. Most topics are about Bangkok and Pattaya because of their larger populations of expatriates and tourists in those cities, but this is for all things Thai.
Post Reply Previous topicNext topic
204 posts

The original decision was a 21st Century version of the Salem Witch Trials of centuries ago where bogus evidence from young girls was used to convict people of being witches, which resulted in the death penalty being carried out.

In those trials the evidence could not be tested.

The bogus DNA evidence could not be tested either!

Yes, very bad news Ian. It makes me angry, and feeling a bit sick.
You must be gutted.

I just replayed that tribute vid that you put out a couple of months ago.
The one with Lucio Dalla's "Caruso". Maybe you could re-post it here??
19 victims to remember now, not 17.
Top

Here is an Italian rendition of Caruso.

I have a Spanish rendition as a tribute to the lady from Argentina who died in December. I will publish that one soon. (For Rocio Gomez)

Appalling but expected, too much face to be lost.
Top

New music video tribute to Rocio Gomez (39) from Argentina who suffered irreversible brain damage during her very first scuba lesson on Koh Tao. She was taken to Koh Samui then on to Bangkok where she died. Her death was almost completely unreported within Thailand although the mainstream media in Argentina had considerable coverage.

Australian DNA expert, Jane Taupin says she is alarmed by the outcome of the appeal by Zaw Lin and Wai Phyo against their convictions for the 2014 murders of UK backpackers, David Miller and Hannah Witheridge.

Yesterday, the Supreme Court of Thailand made the controversial decision to dismiss their appeals.

Unlike most mainstream media coverage, which tends to be horribly superficial, this article actually quotes an expert!

it is realy sad for the poor 2 guys that they are convicted to death witout any physical evidence.

It Looks like, 5 years ago, these 2 guys only went drink a beer together on the beach. With there arrests, there life ends in Thailand.....

Just because of this case, I think I will never travel to this satanic Island anymore.....It will change nothing, but i will feel better.
Top 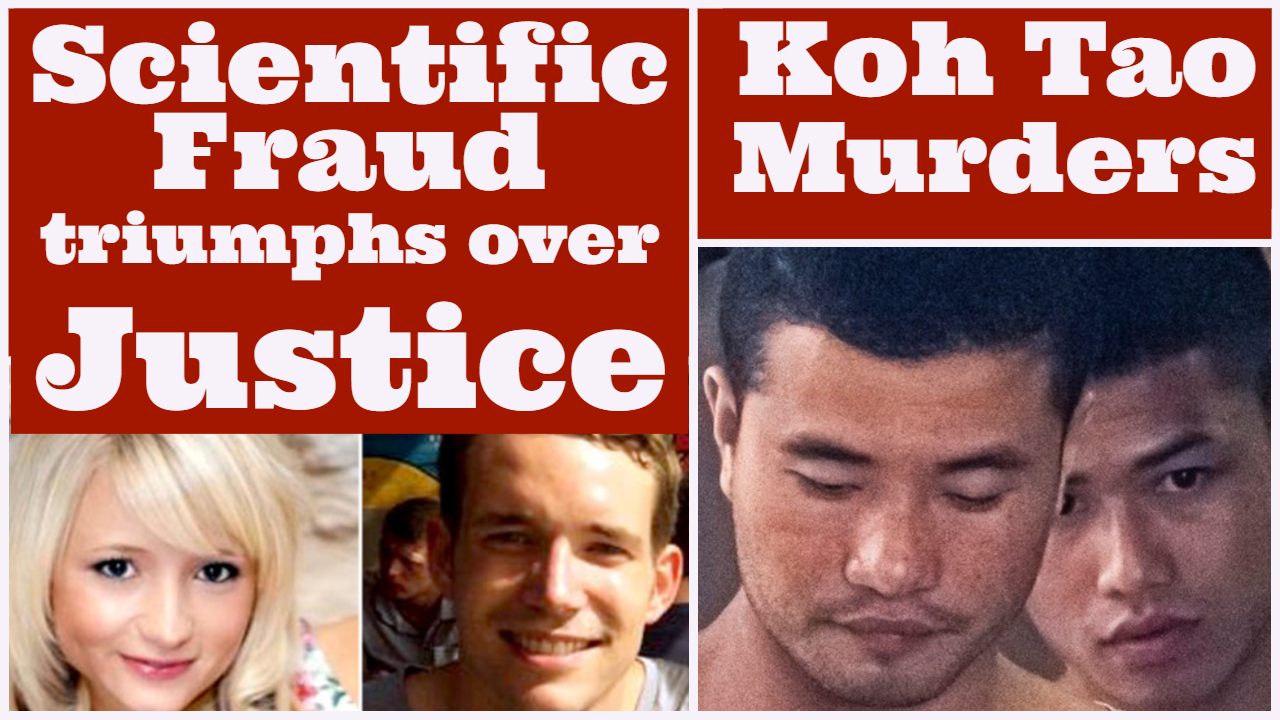 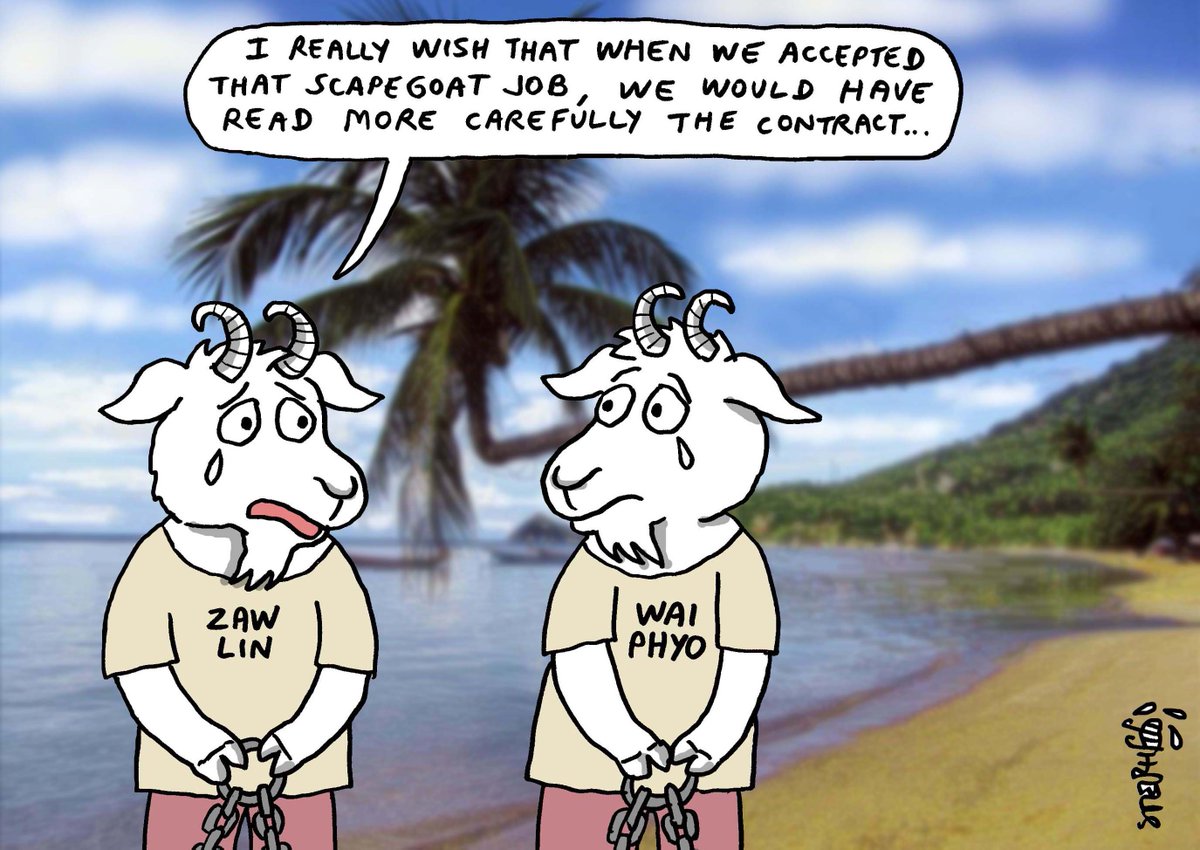 Death Sentence for Thai ‘Death Island’ Defendants a Mockery
August 30, 2019
The Thai Supreme Court’s August 28 decision upholding the death sentence for two Myanmar migrants for the 2014 murders of British tourists Hannah Witheridge and David Miller on the island of Kho Tao is regarded by critics as a travesty of justice to protect the clan that controls the island, which has long been considered little more than a criminal gang.

The two defendants, Htun Zaw Lin and Wai Phyo, were found guilty of killing the two backpackers and raping Witheridge in December of 2014. The two were beaten to death with garden tools.

While the island has been called a paradise for skin-divers and backpacker tourists, it has a dark side. At least nine European tourists have died or disappeared on Kho Tao since the deaths of the two backpackers, beginning with a 32-year-old British IT consultant who died in 2012. In June of 2018, a 19-year-old British tourist allegedly became the latest victim of violence charging that she had been raped. Police denied the rape had occurred. After pressure was brought by the British press and authorities, police opened an investigation and interviewed the victim in the UK, but said they had found no evidence to support her claim of rape and closed the case.

That, critics say, is evidence of the clout of the clan, which is believed have links to Thai Mafiosi connected to powerful southern Thailand politicians Prawit Wongsuwan, the former minister of defense and army commander-in-chief, who is now deputy prime minister, and Suthep Thaugsuban, a former deputy prime minister and former secretary-general of the Democrat Party.
Full article: https://www.asiasentinel.com/politics/d ... s-mockery/
Cambodia Expats Online: Bringing you breaking news from Cambodia before you read it anywhere else!

Hey Ian, or anyone who may know -
Will they be executed?
What are the protocols and the general practice these days?
Are there any other avenues for appeal, at least about the the sentence?
Any chance of royal intervention?
All, of the responsible authorities probably feel they are backed into a very public tight corner, and cannot be seen to back down???
Thanks, if possible.
Top
Post Reply Previous topicNext topic
204 posts