My experience with BMW Mini in Cambodia

My experience with BMW Mini in Cambodia

As posted "over there", but here's to those who

So you're like my family, you rather dislike the sea of Camrys, Prius, Lexus, Kia Vistos, and Range Rovers and want a little variety when it comes to choosing a car. My family has owned their last two Prius for the past 3 years, so this time around when a "new" car option was on the table, it was decided that something different was on the menu. 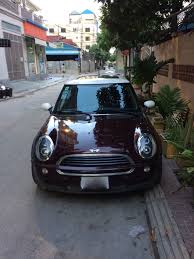 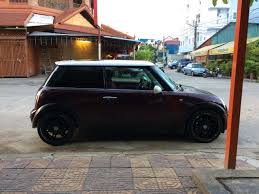 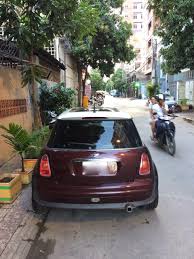 About the car Fresh off the boat, and a wreck. 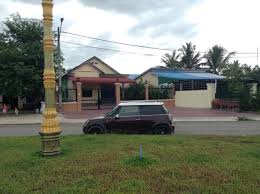 $10,000, fully taxed and licensed. This car was purchased 5 or 6 months ago, me being present with the family, so I knew it was fresh off the boat from the U.S. It has 158,000 actual miles and was a rear end wreck (which is why I gave the go ahead to buy it). It's an automatic unfortunately, or fortunately, given the traffic in Cambodia.

The car doesn't seem to be nicely treated in it's previous life, but compression was good and the gearbox responded quickly and went through all of it's gears. It smoothed out considerably after the fluid exchange. A/C compressor seized however, and still to this day it has a leak at the water pump bearing. 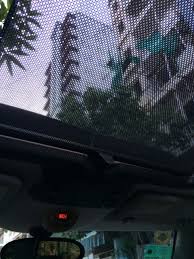 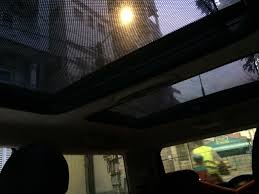 Still a nice package though with double moonroof and auto climate control.

What's it like to drive in Cambodia Fast (but slow because of traffic), thirsty, and uncomfortable 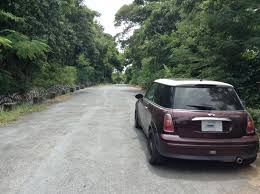 Now I'll be frank, I've driven Range Rovers, Lexus LXs...Ticos, in Cambodia, but nothing has drawn so much attention as this little car. Everyone seems to love it, and I've even received an offer to buy it from me on the street. Wasn't a very good offer, but nonetheless, more that's one more offer than the Range Rover ever brought in until it was put for sale. 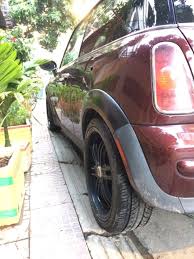 However, despite the attention, the driving experience hasn't been that great...actually, it's been bloodly awful. Okay, so a suspension better suited for a track vs. potholes, combined with low profile tyres might not be the best combination for Cambodia's roads...actually, that's all there is to say about that. My back is broken. To be fair though, a "normal" MINI I suspect would be MUCH better than this car in coping with the potholes and such. 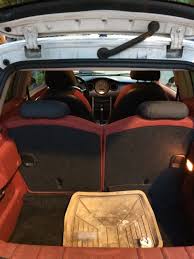 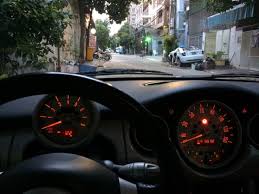 The size is great however, and unlike the wobbly uncertainty you get with a Visto/Mourning/Atoz, the car really does help you feel where you are going. I suppose that's due to the "racing" setup it has on it, totally overkill sure, but what the hell? 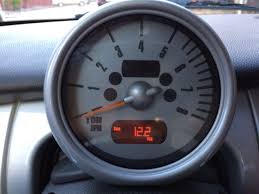 Reliability and running costs $1,160 for servicing, and only two punctures, an A/C compressor, window track, rear wiper and temp gauge have broken.

This car wasn't treated nicely to begin with, and being familiar with R50 Minis I know they don't take well to abuse, so nothing that happened surprised me here. They're no more plasticky than Toyotas or Kias, and if you get yourself genuine or compatible fluids, filters and coolant into it, the car isn't all that bad. However as a caveat, unless you understand cars at least a little bit, I would not depend on this car, especially if you don't live in Phnom Penh.

As for servicing, a service with BMW fluids: coolant, oil and automatic transmission fluid (special ordered), plus air filter, oil filter and A/C compressor (which had seized) wound up being $1,160. Surprisingly however, these parts were available through Thailand and arrived next day, so keeping your MINI maintained isn't as bad as it seems if you care to do so. Again though, should you buy a MINI, get the right fluid! You will destroy your car if you don't, I've seen it happen in my own shop (in the U.S.). 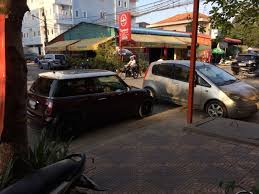 So, you're probably thinking, "NO WAY IN HELL WOULD I EVER THINK OF TOUCHING ONE!". And I understand. However I'm not on that boat. I absolutely love this car, and it's been a blast to drive, albeit a very expensive blast, but nonetheless, it really has been a fun car to drive and play around with. There's something special about it, and I don't say that to be stupid, I mean that after driving it and listing all the "fun" it's been to run, I would buy another one for sure. The only thing I'd do differently is find a "normal" spec version with fatter tyres, softer suspension, and maybe a little less power. A 1.4 or a diesel would be swell.

So yes, I would absolutely consider buying another one, and after all, you have to remember this whole package (service and breakdowns included) was $12,000. That's the exact same price as my old beige Camry was. So really, when it comes down to it, you decide if it's worth it or not, but for me, the answer is a resounding yes. I love this car. 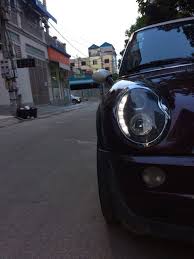 Re: My experience with BMW Mini in Cambodia

Re: My experience with BMW Mini in Cambodia

Car's fine, it did 30 mpg from Kampot to Kep and back. Just bloody Phnom Penh sub 20 kph speeds that cause this to chew through fuel like no other.
Reckless driving cucumber - 成
Top
Post Reply Previous topicNext topic
3 posts • Page 1 of 1