In Cambodia, the exact population of the country’s indigenous citizens is still unknown. The last official measure was a 1998 census that recognized 17 different groups numbering about 101,0000, but more recent research conducted by the International Work Group for Indigenous Affairs suggested there were almost 200,0000 indigenous peoples living in Cambodia in 2007.


Most indigenous people live in the country’s less densely populated north and northeastern provinces of Mondulkiri, Ratanakiri, Stung Treng and Kratie. Many of their communities straddle the borders of Vietnam and Laos, areas that have been hard hit by development projects. But groups like the Kuy are also present in Kampong Thom and others even as far south as Kampong Speu and Sihanoukville.

http://www.khmertimeskh.com/news/28270/ ... rotection/
Cambodia Expats Online: Bringing you breaking news from Cambodia before you read it anywhere else! 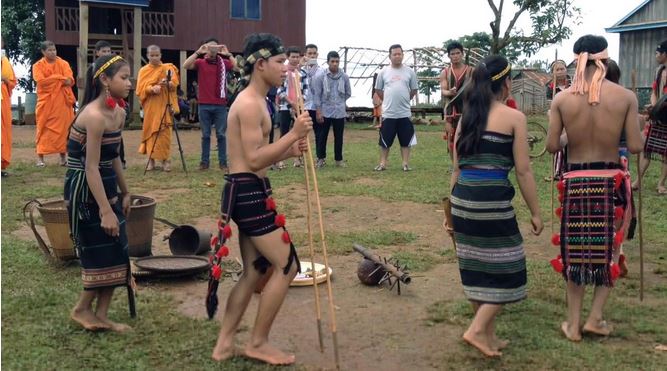 PHNOM PENH - Cambodia plans to co-sponsor the 15th National Day of Indigenous Peoples on the 9th of August, 2019, with the theme this year being the preservation of indigenous languages; according to a UNESCO study, every two weeks there is a language that dies. Cambodia is also at risk of losing the indigenous languages, because until now minorities have been discouraged from speaking their language by central government and many indigenous people are ashamed of their culture, or feel they need to hide their traditions. 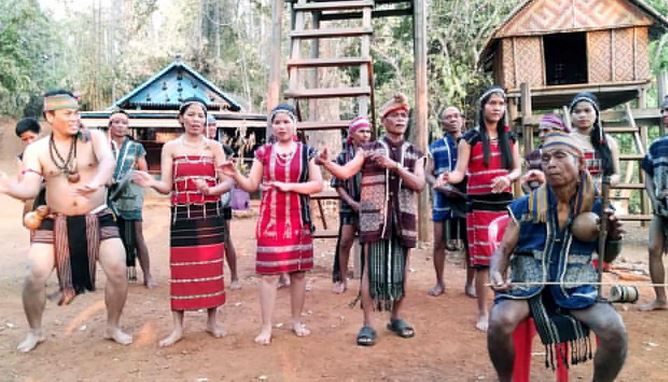 2019 is the first year that the Ministry of Rural Development has been developing a new policy to promote the conservation and development of indigenous peoples in Cambodia, and the new policy will promote the preservation of ethnic cultural traditions as well as improving living standards. 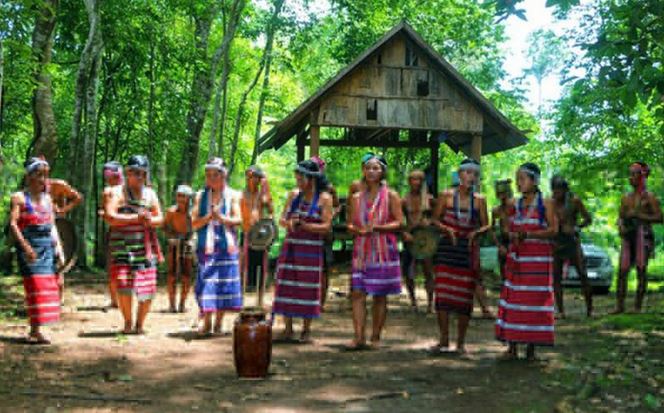 Respect for indigenous rights should include consultation with indigenous communities before making decisions that will impact their environment, in particular the water supplies.

Indigenous knowledge, which could be key in making smart decisions about water, is being left out, an indigenous expert warns
By Adela Suliman

STOCKHOLM, Aug 30 (Thomson Reuters Foundation) - Indigenous peoples from the Amazon to the Arctic are being left out of the global conversation on water property rights, a United Nations' indigenous rights expert warned this week.

Speaking on the sidelines of an international conference on water in Stockholm, special rapporteur Victoria Tauli-Corpuz said indigenous people needed to be better "consulted and involved" with water projects to help stem the impacts of climate change.

Indigenous groups, for instance, have been affected by dams along the Mekong River in Cambodia, which have caused water shortages downstream, and by water pollution in the western Huehuetenango region of Guatemala, she said, but rarely consulted about projects.

"Indigenous peoples are the ones who are left behind," Tauli-Corpuz, who became the U.N.'s special rapporteur on the rights of indigenous peoples in 2014, told the Thomson Reuters Foundation during an interview.

Such groups often have ancient knowledge about water systems which could help improve decision making, she said at annual World Water Week in Stockholm, which ends Friday.

"The way indigenous people deal with water is something that has been developed through thousands of years so they have very, very sustainable systems of managing water," she said.

"If indigenous peoples are not included then the contributions and their knowledge will also not be taken into account and that is a loss for society."
http://news.trust.org/item/20190830095954-jq9ky
Cambodia Expats Online: Bringing you breaking news from Cambodia before you read it anywhere else!

Article on the different cultures of Kuy, Tampuan, Phnong, and Cham minorities in Cambodia.

People out of time
Losing their forests, languages and cultures, Southeast Asia’s minorities are becoming strangers in their own homes
By Antonio Graceffo, Bruno Deniel-Laurent, P. Brisby
Editor’s note: Across the region, indigenous groups are relentlessly pushed to the margins of society as traditions of communal land and shifting agriculture give way to private property and environmental degradation at the hands of the ethnic majority. In October 2007, Southeast Asia Globe explored the fading worlds of the tribal groups who have called Southeast Asia home for centuries. Now, for the first time, you can read their stories online.

In Cambodia’s Ratanakiri province, a village headman is made very drunk by a group of Chinese and Khmer businessmen. He likes his new friends so much and appreciates the money they ‘donated’ to him, that he signs the document that will allow an indigenous Tampuan family to sell their land. Strictly speaking, the transaction is illegal under Cambodian law, but with the signature of the village headman, no questions will be asked. With the money they get from the land sale, the Tampuan family will most likely buy a used motorcycle, and then starve.
Full article: https://southeastasiaglobe.com/the-fadi ... al-groups/
Cambodia Expats Online: Bringing you breaking news from Cambodia before you read it anywhere else!

October 11, 2019
More funds sought to support ethnic community
The Rural Development Ministry has requested additional funding from all sectors to support the process of conservation and development of indigenous peoples and cultures in the Kingdom.

Nuon Daniel, a ministry secretary of state, yesterday said the government has paid high attention to the fundamental rights and provision of full equal rights to all citizens. These include the promotion of value, language, ethics, culture, tradition and rights of indigenous peoples.

Mr Daniel was speaking at the National Consultative Workshop on Strategic Plan for Indigenous People Development and Conservation in Cambodia held in the capital.

“Indigenous people, as well as other Cambodian people, have full and equal rights under the law, including freedom of expression, the right to vote, the right to stand [in elections] for others to vote, and other rights,” he said.

However, Mr Daniel noted that despite efforts by the government, relevant ministries, institutions and civil society organisations to promote the rights and development of indigenous people, there are still some challenges that need to be addressed.

He said these included the process of certifying the identities of indigenous communities which is still slow because some have not been registered yet.

Mr Daniel also said there are also no culture centres and model villages, while educational programmes are limited and funding is lacking.

“The ministry has previously requested for a budget increase as well as funding for the development and conservation of indigenous peoples,” he said. “However, we recognize that budget allocation is limited, so we hope that partner organisations and stakeholders will help by raising more funds to ensure efficient and sustainable development and conservation of indigenous peoples.”

Tep Tim, a representative of the Kuoy minority from Preah Vihear province, said at the event that indigenous people still face some challenges in pursuing their ways of life, such as the loss of land, natural resources and spiritual forests due to development by economic land concession companies. Ms Tim said there are also other challenges indigenous peoples face, such as lack of toilets, inadequate access to public services, lack of infrastructure in their areas and slow registration process of indigenous community lands.

“What we need is the legal registration of indigenous communities’ land to prevent wealthy and high-ranking officials from taking the land from us,” she said. “Therefore, we also ask the government as well as partner organisations to help increase more funding for the development of our indigenous peoples, especially for land registration and in the health and education sectors.”

“Losing land is just like losing life for indigenous people because we don’t want to be labourers hired by others or to migrate to find jobs,” Ms Tim noted. “We want to farm our land and have our traditional businesses like in the past.”
https://www.khmertimeskh.com/50650023/m ... community/
Cambodia Expats Online: Bringing you breaking news from Cambodia before you read it anywhere else!