Do you have a Cambodian trip report you want to share? Post it here, and feel free to link to your blog if it's a travel blog for Cambodia, South East Asia, or anywhere really. You can ask and answer questions about travel advice in Cambodia or just share your pictures and videos with us. Most people who live in or visit Cambodia have also checked out nearby countries like Vietnam, Thailand, Laos, Myanmar, Malaysia, Indonesia and the Philippines, and you can get to most of these countries by traveling overland, so put any travel plans, reviews or questions here. Discussions about dirt bike trails in here as well.
Post Reply Previous topicNext topic
507 posts

September 17, 2020
Flights between Vietnam and Cambodia to resume on September 22
VN Express

International students and foreign family members of Vietnamese citizens are among those allowed to enter Vietnam on commercial flights to be resumed from Tuesday.

The government has allowed the Transport Ministry to reopen flights to mainland China, Japan and South Korea from September 15, followed by Laos, Cambodia from September 22, the Government Office said Tuesday evening.

The government’s permission has added international students and family members of Vietnamese citizens to the list of those allowed entry in the latest loosening of arrival restrictions.

The flights are not opened to tourists yet.
https://www.khmertimeskh.com/50764288/f ... tember-22/
Cambodia Expats Online: Bringing you breaking news from Cambodia before you read it anywhere else! 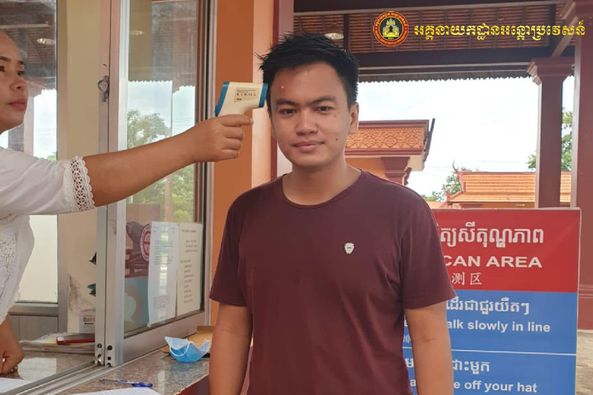 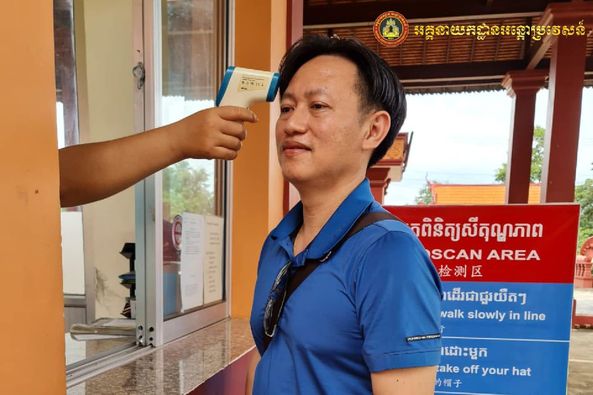 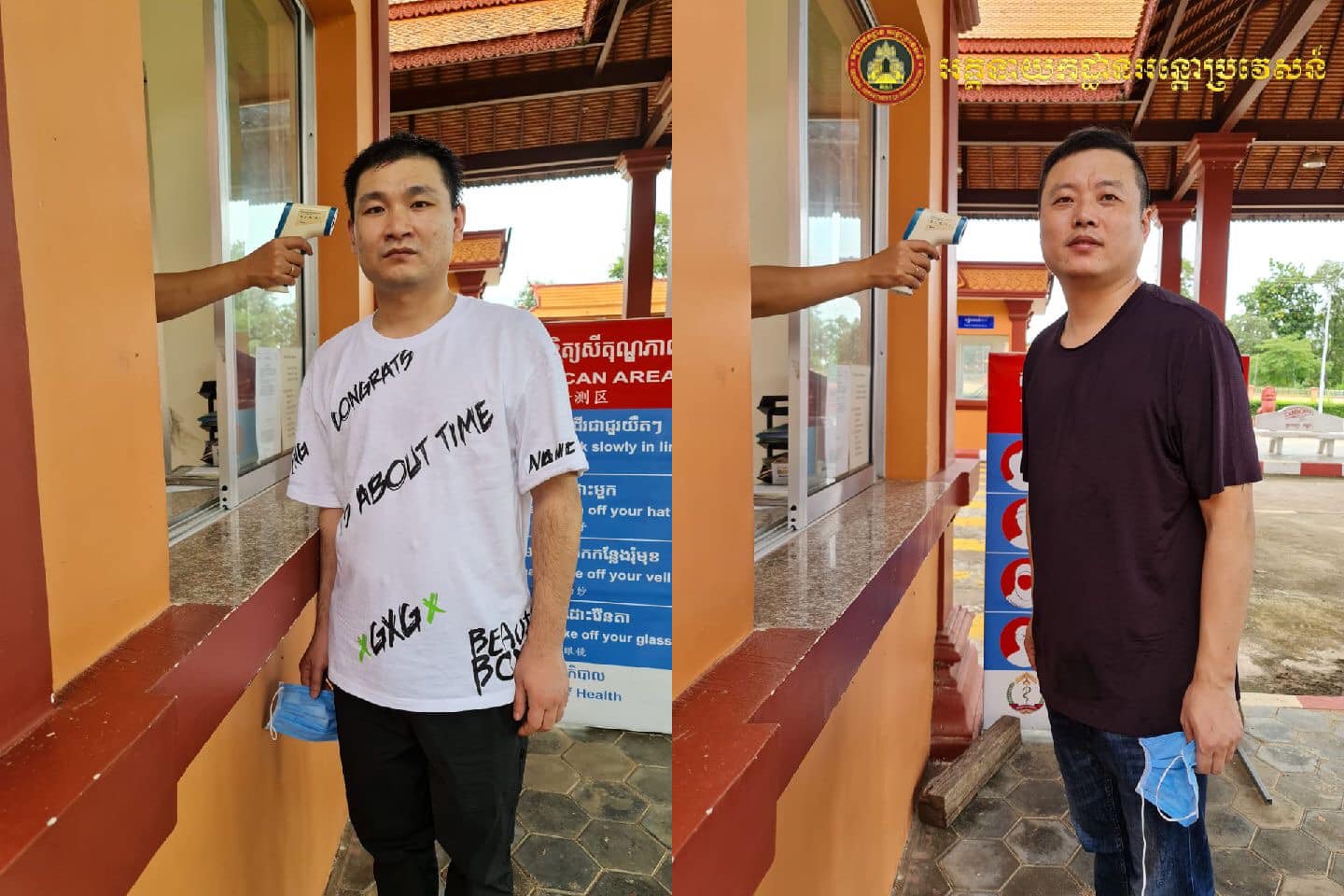 Check and verify, very carefully, anything pointed to your head that has a trigger.

Do not underestimate the stupidity of people in uniforms in this country.
Top

Do not underestimate the stupidity of people in uniforms in this country.

This is interesting because New Zealand is generally considered a "safe" country for Covid-19.

According to the Director-General of Health Malaysia, the two travellers were among five imported cases reported in Malaysia on Thursday.

Director-general of health Dr Noor Hisham Abdullah​ announced the cases, alongside imported cases from India, Pakistan and China, according to Malaysian newspaper The Star.

The New Zealand Ministry of Health says it is following up with authorities in Malaysia through the National Focal Point to find out more information, a spokesperson said.

It’s not clear how long the individuals had been in Malaysia before their test results. Details of the passengers’ departure, location or movements in New Zealand are also not yet known.

The cases are in Selangor on the country’s west coast, where there are 2202 Covid-19 cases.

Malaysia has reported 10,052 Covid-19 cases to date, and more than 600 remain active.
More: https://www.stuff.co.nz/national/health ... o-malaysia
Cambodia Expats Online: Bringing you breaking news from Cambodia before you read it anywhere else!

Fair play to Vietnam Airlines, I got an unexpected email today that a refund for my Bangkok-Hanoi return flight was being transferred to my bank account. One down, two to go.

Columbia and Central America starts to open their borders.

Colombia reopened her borders to tourism as of 21st September. After closing her borders and imposing one of the strictest lockdowns anywhere, they have been overrun by the virus and are now ranking #5 in the world for infections with nearly 800,000. They have obviously figured out that they might as well have some tourism money as the cat is well and truly out of the bag on this one and there is no point remaining a hermit state. You just need a negative Covid-19 PCR test 96 hours before departure. How civilised.

Mexico remains open, it never closed. The rank #7 in the world.

Guatemala has also opened up, as too have Honduras, El Salvador and Nicaragua - all requiring a negative test with 72 hours of departure.

Panama will re-open on 12th October.

Most of South America will open up, subject to a negative test, in the next few weeks too.

There are a large number of countries that are already open to Australians as tourists, without requiring quarantine upon entry, including the UK, the US, most of the European Union and the Maldives. New Zealand Prime Minister Jacinda Adern this week indicated that a travel bubble with Australia could open before Christmas.

Spoiler:
The snag of course is that the Australian government will not currently let people leave the country except in special circumstances, such as moving overseas for a job. However, data shows Border Force is likely to approve applications from Australians who plan to leave the country for at least three months.
https://www.traveller.com.au/singapore- ... ned-h1r37c
Top

Laos to Keep Border Checkpoints Closed over COVID-19
02/10/20 15:26
VIENTIANE, Oct. 2 (Xinhua) -- The local, traditional and international border checkpoints in Laos will remain closed to ward off a second wave of the COVID-19 pandemic, according to the Lao Prime Minister's Office.

Lao Deputy Minister of Health Phouthone Meaungpak told a news briefing on Thursday that the Lao authorities and people countrywide should remain vigilant, and it is important that every person strictly abide by the new normal guidelines and rules laid down by the government.

Traditional and local border checkpoints will also be closed with the exception for government approved goods transport.

The Lao government continues to suspend the issuing of tourist visas for anyone travelling from or transiting via countries where a COVID-19 outbreak is taking place.

Foreign diplomats, the staff of international organizations, experts, business people and workers deemed essential for projects in Laos could enter the country with approval by the task force committee.

The Lao government has also decided to keep entertainment venues such as karaoke bars closed.

The new notice issued by the Prime Minister's Office is effective from Thursday until Oct. 31.
FRESH NEWS
Cambodia Expats Online: Bringing you breaking news from Cambodia before you read it anywhere else!

To Battle Coronavirus, Airlines Bet on Disinfectants That Come With Questions
U.S. carriers are using higher amounts of some chemicals to show their planes are safe - the unknown long-term effects of these antiviral sprays concern some scientists
published : 2 Oct 2020 at 04:00
writer: Scott McCartney

Many airlines have suspended beverage service because of the pandemic, but they are serving a new brew in passenger cabins: multiple doses of disinfectants.

Between flights, most are spraying seats, armrests, tray tables, overhead bins and other areas with chemicals that come with toxicity warnings and require gloves and eye protection to apply.

The virus-killing mixtures have been approved by the Environmental Protection Agency, and manufacturers and airlines say they are safe. But they have never been used with such frequency and volume on aircraft.

Make no mistake--killing the virus that has killed a million people world-wide is the priority. But scientists say long-term effects of one chemical used by several airlines, including the three biggest U.S. carriers, aren't well known, and multiple applications of it each day hasn't been studied.

The chemical is a quaternary ammonium compound. QACs, or quats, have been linked to lung damage and asthma.

The coronavirus is not hard to kill: Many types of cleaners and disinfectants can do the job. And some that work, including those made with citric acid or hydrogen peroxide, are less toxic than QACs. Either way, scientists say there needs to be more study of long-term exposure.

"It's definitely a concern, and one that we're watching with a little bit of alarm," says Sarah Evans, assistant professor of environmental medicine and public health at Icahn School of Medicine at Mount Sinai in New York.

The potential risk comes mainly from the possibility of inhaling QACs. Airlines say cabins are dry and odor-free before pilots, flight attendants and passengers board. But there's little if any testing to ensure chemicals aren't lingering in the air or on surfaces, they say.

"The regular once-in-awhile flier has nothing to worry about," says Jagdish Khubchandani, professor of public health at New Mexico State University, who has studied QACs. But crews and frequent fliers, once frequent flying resumes, would be more at risk, he says.
Full article: https://www.bangkokpost.com/business/19 ... -questions
Cambodia Expats Online: Bringing you breaking news from Cambodia before you read it anywhere else!