Do you have a Cambodian trip report you want to share? Post it here, and feel free to link to your blog if it's a travel blog for Cambodia, South East Asia, or anywhere really. You can ask and answer questions about travel advice in Cambodia or just share your pictures and videos with us. Most people who live in or visit Cambodia have also checked out nearby countries like Vietnam, Thailand, Laos, Myanmar, Malaysia, Indonesia and the Philippines, and you can get to most of these countries by traveling overland, so put any travel plans, reviews or questions here. Discussions about dirt bike trails in here as well.
Post Reply Previous topicNext topic
2 posts • Page 1 of 1 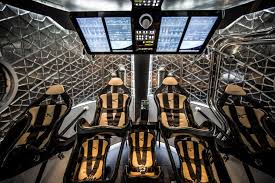 Elon Musk says he lost a multi-billion-dollar contract when SpaceX didnâ€™t hire a public official
By Tim Fernholz @timfernholz May 23, 2014

Elon Musk isnâ€™t afraid to shake things up, and he did so again with accusations that US defense contracts awarded to a competitor were the product of corruption.
+
SpaceX, Muskâ€™s orbital transport firm, has been competing for a major contract to put US Air Force satellites in orbit. With a dearth of private investment in space and the end of the US space shuttle program, SpaceX has quickly leapt to the fore of aerospace firms with the help of contracts from NASA to provide re-supply missions to the International Space Station and develop a manned spacecraft to fly astronauts there.
+
Heâ€™d like to expand his franchise to the defense department, but his company has faced a more challenging time displacing the incumbents there: In a no-bid process, United Launch Alliance (ULA), a joint venture of Lockheed Martin and Boeing, received a bulk contract worth billions of dollars for 36 rocket launches earlier this year, despite plans to introduce more competition and other cost-saving measures.
+
Muskâ€™s tweets yesterday focused on what happened next: The man who awarded ULA the contract, defense official Roger â€œScottâ€ Correll, was hired soon after his retirement to handle government relations at Aerojet Rocketdyne, a company that builds rocket engines for ULA. Musk didnâ€™t mince words online when offering his interpretation of events:
+

A SpaceX spokesperson confirmed Muskâ€™s tweets, and while the exact timing is not clear, they seem to indicate that it was while Correll was still a government official.
+
Update, 4:15 p.m.: An Aerojet Rocketdyne spokesperson told Quartz that â€œthose allegations are completely without merit. We are confident of the process that we followed in hiring Mr. Correll. Mr. Correll received the necessary clearances and approvals from DOD, and his duties and actions on behalf of Aerojet Rocketdyne are consistent with those clearances and approvals.â€
1
ULA has not yet responded to messages seeking comment.
+
While former government officials transitioning to the defense industry isnâ€™t unusual or necessarily illegal, negotiations over such jobs before retirement would raise legal and ethical questions.
+
Itâ€™s easy to see this complaint as sour grapes from a losing competitor. After missing out on the contract, Muskâ€™s company challenged the result in court, arguing that it was awarded without competition. Musk has also pointed out that the deal requires purchases of rockets from Russiaâ€™s aerospace industry, whose leaders are currently facing US sanctions for their role in annexing Crimea. A court ruling in Muskâ€™s favor, blocking the contract, was overturned on appeal.
1
But Musk isnâ€™t the only one with concerns about this arrangement. The National Legal and Policy Center, a Washington ethics watchdog, has issued a warning about the deal, saying that in the worst case scenario it compares to another scandal where an Air Force procurement official was prosecuted for making a lucrative deal with Boeing then accepting a position with the company.
+
Senator John McCain has also written to defense department officials raising questions about how the contracts were awarded and asking for a full investigation. Given the huge cost disparities between the two companiesâ€”SpaceX launches cost about $100 million, while ULA launches cost two to four times as muchâ€”taxpayers are likely to be interested, too.
Top
Post Reply Previous topicNext topic
2 posts • Page 1 of 1

Users browsing this forum: No registered users and 149 guests