Welcome to the Monkey House.

Welcome to the Monkey House. 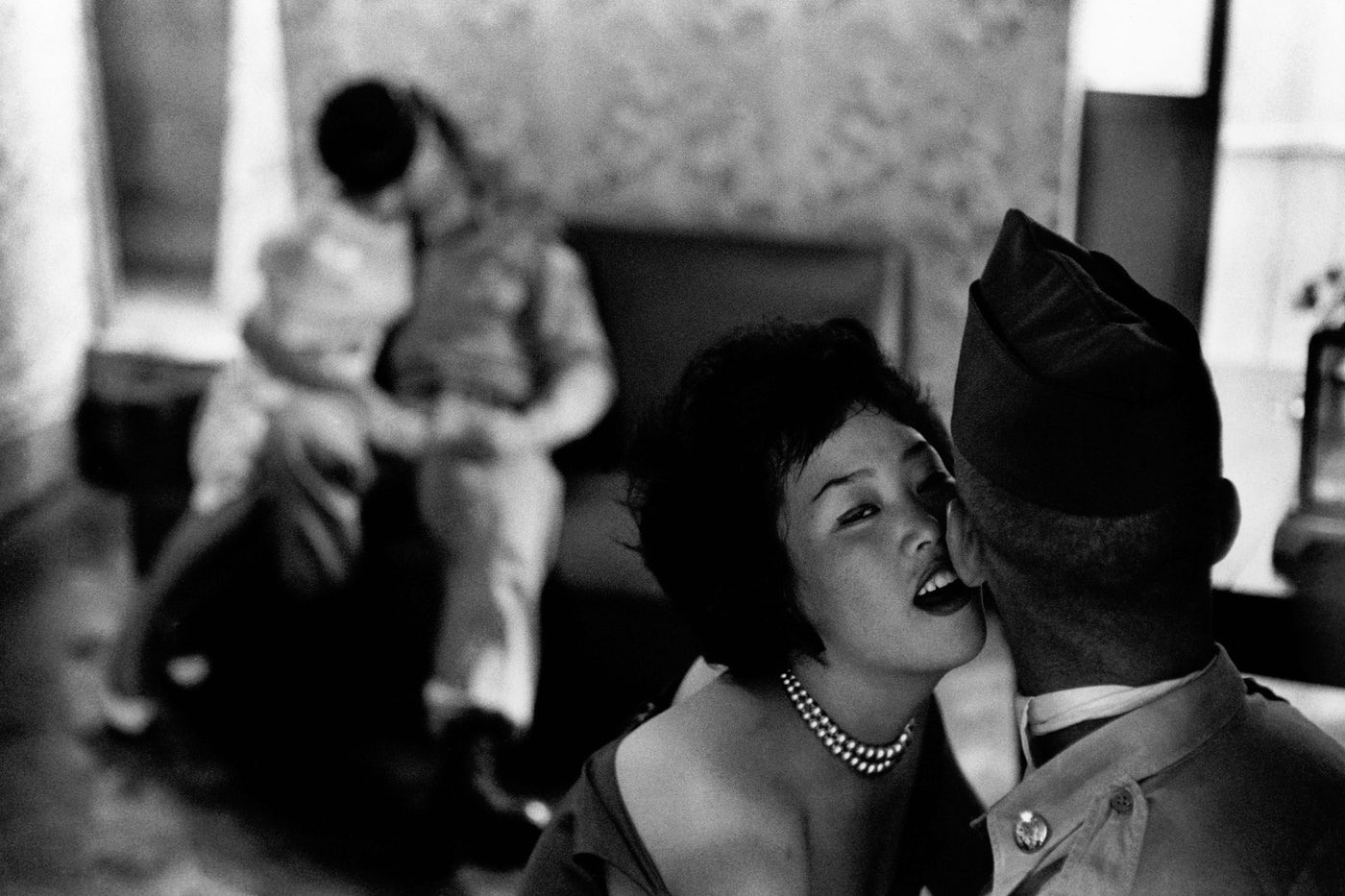 After her release, she was required to wear a plastic badge showing she’d been tested—“cunt tags,” she called them.

The Monkey House was a virtual prison for sex workers. It was built during a series of camp-town “cleanup” campaigns first launched by the South Korean government and the Pentagon in the 1960s.

The bar girls and prostitutes were pumped so full of antibiotics that “their arms hung down, and they walked like this, like monkeys in a cage,” she told me, as she let her thin shoulders sag and her wrists dangle down near her knees. Many of the women overdosed, and some of them died, she said; a few of them are buried in a nearby graveyard built especially for sex workers.

But much as had been the case with the Japanese comfort stations, the Korean brothel owners permitted vanishingly little agency for their sex-work recruits. If the comfort women for Japan were kidnap victims, the U.S. camp-town women were victims of sustained economic coercion—much like indentured servants or tenant farmers.

Eventually, the camp-town industry bulked up into a nationwide franchise operation. Kichijong zones were established around 31 U.S. Army, Air Force, and Navy bases in South Korea. In Gyonggi province, which extends from south of Seoul up to the DMZ and was home to the majority of U.S. bases, some 10,000 sex workers were registered every year from 1953 to the late 1980s.

Park also found U.S. documents showing that, after the Korean War, American commanders rejected the idea of the Korean state running brothels as the Japanese military had done. Instead, they did what future generations of the military would practice in Iraq and Afghanistan: They privatized military functions—in this case, the provision of sex workers to American troops.

The tensions around the bases exploded in 1992 in Dongducheon, when an Army private in the 2nd Infantry Division, Kenneth Markle, savagely murdered a sex worker named Yun Geum-i in her room. Photos of her mutilated and sodomized body, apparently leaked by the Korean police to the media, enraged the Korean public.

By the mid-1990s, Korean sex workers had virtually disappeared from Dongducheon and other camp towns. They’ve been replaced, mostly by women from the Philippines, South Asia, Africa, and Russia. (I saw some of them outside a Peruvian restaurant in Dongducheon the night I was there, hanging out with the GIs patronizing the eatery.)