Equal rights for all.

most men and women would do the same given a chance.
Cambodia,,,, Don't fall in love with her.
Like the spoilt child she is, she will not be happy till she destroys herself from within and breaks your heart.
Top

just saw the 4th episode of the netflix doc and the interview with Andrew;
he did not say he dd not know her, he said he could not recall>>>
even when showed the photo>>>

they should have asked him if he took drugs..

why would he not admit it?
fuck she was underage...
In a nation run by swine, all pigs are upward-mobile and the rest of us are fucked until we can put our acts together: not necessarily to win, but mainly to keep from losing completely. HST
Top

Legal age of consent in UK is 16
Top

He could always do an Epstein if things get too hot.
Top 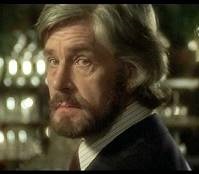 just saw the 4th episode of the netflix doc and the interview with Andrew;
he did not say he dd not know her, he said he could not recall>>>
even when showed the photo>>>

they should have asked him if he took drugs..

why would he not admit it?
fuck she was underage...

When you a celebrity and have a penchant for the younger ladies and they love to have a photo with a famous person, then maybe he has so many photo session like that and he really can't remember..

A source close to the Duke of York told the newspaper that he regretted the fallout over his interview with presenter Emily Maitlis in November 2019 but believed that his decision to do it in the first place was correct.

“I don’t think he regrets the intention behind the interview, which was to clear the air for his family, the royal family, and the institution. But the fact he was unable to appropriately or sufficiently convey his sympathy for the victims of Epstein, is of course a source of regret,” the source said.

According to the source, Prince Andrew is also unwilling to cooperate with FBI’s ongoing investigation into Epstein – who died by suicide last year while awaiting trial on sex-trafficking charges – unless he gets offered “an olive branch.”

While the Queen has been privately supportive of her second son, her patience is said to be “wearing thin” following his FBI row, said a Palace insider quoted in the Times.

But despite the fallout, the duke is said to be determined to return to his royal duties in the future and knows he “has to resolve the noise around the matter.”

andy1 wrote:Why did he not just say,I banged a prostitute, so what, and leave it at that.

Because she wasn’t a prostitute and she was underage.

God'sGift wrote:exactly - would have saved a whole lot of hassle, seeing as most men would do the same given the chance

She was an underage victim of sex traffickers. Please keep that in mind.
Once you've read the dictionary, every other book is just a remix.
Top

Come on she was offered a jet set lifestyle for services she provided, she knew what was required of her and could have said no at any time..........
Top

Hey Andy. Perhaps I’m being a little stupid here, so please forgive me if that’s the case.

Your comment (in context to the thread) reads a little like you might be saying that an underage girl was “offered a jet-set lifestyle“. And the inference is that as (despite what we don’t know), she could have “said no”. And based on these, then it’s okay. Did I read that right? Help me out a little please, as I’m reading it as quite an unpleasant thing that you’ve said. Thanks.
Top
Post Reply Previous topicNext topic
71 posts