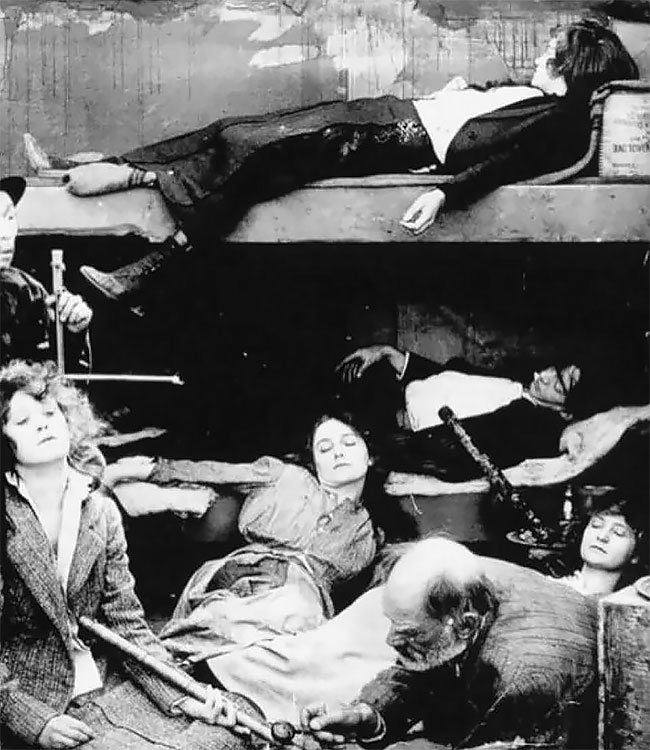 Western men and women of upper and middle class means began to frequent dens like this one in New York in 1923.

Reclining on bunk beds while sucking on opium pipes, these haunting photos provide a rare glimpse into life in America’s 19th century opium dens that prompted the country’s first crackdown on drugs. 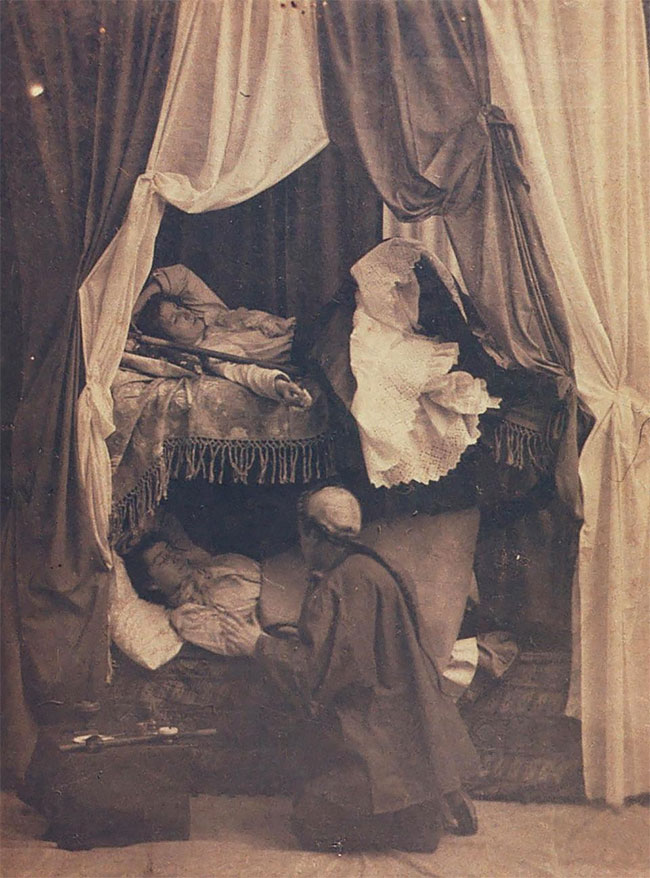 Two women are tended to as they lie in beds in one of the more upmarket dens in New York in around 1899.

Established by the Chinese and arriving in the US via ships, the first opium dens sprung up in San Francisco’s Chinatown during the 1840s and 1850s, and were soon being used by people from all walks of society. 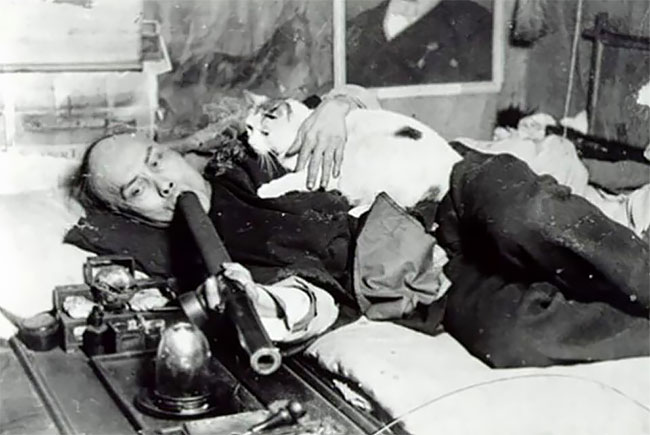 A Chinese immigrant puffs on a pipe while holding a cat in a 1900 image that became a best-selling tourist postcard in San Francisco.

The opium rush was at its most prevalent during the 1880s and 1890s, which coincided with the rise of the temperance movement.

Its popularity eventually resulted in a string of legislative measures being introduced to try and stamp out the addictive craze, including the Pure Food and Drug Act in 1906 and Smoking Opium Exclusion Act in 1909.

full https://designyoutrust.com/2019/03/drug ... y-america/
The idea that seeing the world is going from place to place to look at obvious things is an illusion natural to dull minds.
Top
Post Reply Previous topicNext topic
1 post • Page 1 of 1