Yeah, that place out 'there'. Anything not really Cambodia related should go here.
Post Reply Previous topicNext topic
2788 posts

yong wrote: ↑Wed Feb 05, 2020 8:25 am This is what I'd call Great Leadership that all SEAsia leaders should follow. Cambodians are very lucky.

HANOI -- Even as many countries curb travel to and from China amid the coronavirus outbreak, two countries with close ties to Beijing -- Cambodia and Pakistan -- are signaling support by keeping their doors open.

Cambodian Prime Minister HE said Monday that he will visit Wuhan, the epicenter of the outbreak, if China agrees, local media quoted him as saying.

"Why would HE not dare go to Wuhan to visit Cambodian students studying" there, he said in Seoul. The city remains under a lockdown intended to keep the virus from spreading.

Cambodia has indicated that it will not evacuate its nationals from China or halt flights to or from the country, setting it apart from other Southeast Asian nations that have taken a more cautious approach. The country had confirmed just one case as of Sunday.

China accounts for roughly 70% of Cambodia's foreign direct investment, a major driver of the nation's economic growth of around 7% in recent years. HE, who has ruled for three decades, appears to see tighter ties with China as a way to maintain his grip on power.

The prime minister last week called the decision not to evacuate the students from Wuhan a form of "soft diplomacy" and warned that China would stop offering scholarships if they were flown out.

Diplomacy also seems to be at play in Pakistan's decision Monday to resume flights to and from China, reported by Agence France-Presse.

China has supplied Pakistan with billions of dollars in infrastructure loans as part of the Belt and Road Initiative. Concerns about the virus have brought some of these projects to a halt as Chinese and local workers are screened.

Health authorities have expressed confidence in Pakistan's ability to keep the virus out -- an assertion questioned by medical experts there. The country has no confirmed coronavirus cases, though four Pakistani students living in Wuhan have been infected.

Chinese money is never free and they are trying to call in their chips. Too late, they are finished and this entire region is going to get caught up in something nasty as the world readjusts.
Naturam expelles furca, tamen usque recurret. Horace
Just because you are paranoid doesn't mean they arent out to get you. Pynchon
Top

Senator TomCotton (R) is hardly reliable or impartial on his views about China. A staunch Trumpist (the President himself is reported to have made over 15,000 false or misleading statements https://www.washingtonpost.com/politics ... over-days/), Senator Cotton believes that the nation with the world's highest incarceration rate has an "under-incarceration problem"
"Sen. Tom Cotton: the U.S. has 'under-incarceration problem'". POLITICO.

Senator Cotton revealed he suggested to Trump and the Danish ambassador that the U.S. should buy Greenland. He is a virulent anti-Chinese advocate and has a 0 rating by the Americans for Democratic Action. He is a little to the right of Attila the Hun as far as political views go but is considered a hero to the ultra-right-wing and white supremacists. On the plus side, he served his country honorably.

Don’t Listen To Sen. Tom Cotton About Coronavirus
The GOP senator has spread misinformation and panic in a weeks-long meltdown over the disease.

“It’s a ridiculous assertion,” said Dr. Michael Mina, assistant professor of epidemiology and immunology at Harvard University. “All signs point to a pathogen that has been circulating in animals and jumped to humans. It’s pretty common for these viruses and there’s no good reason for him to be saying something like that.”

Although Cotton’s views break with medical experts, they’re in keeping with his longtime opposition to the Chinese government, which he has called an “evil empire.” Cotton’s legitimate criticisms of China’s human rights record have morphed into his unfounded allegations against Beijing for failing to stop the spread of coronavirus through a “deadly combination of Chinese duplicity and incompetence.” China should face “serious consequences” for the outbreak, Cotton told Fox News.
https://www.huffpost.com/entry/tom-cott ... 6233294378

Who is the Wife of Cotton? Mossad spy Organizational marriage with young U.S. senator
https://www.usjournal.net/issues/govern ... s-senator/

So says a soldier in China's 50 cent army.
Top

Looking worst and worst every minute. How long is it gonna take to bottom out? 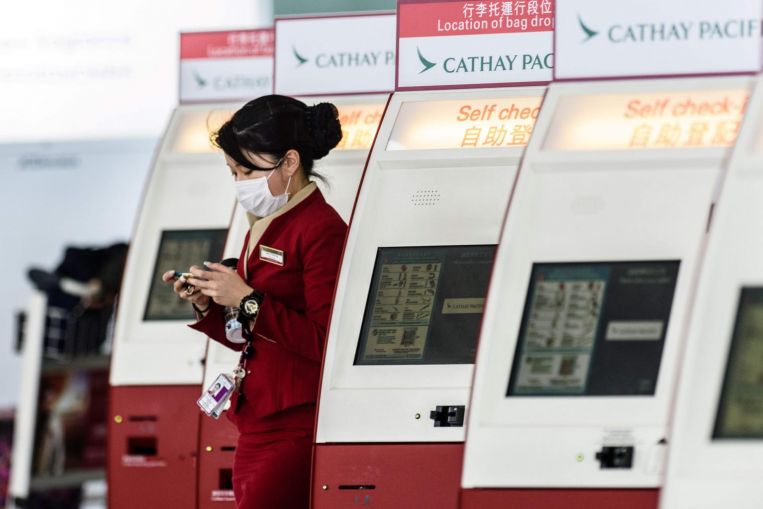 Cathay Pacific had said it plans to cut about 30 per cent of capacity over the next two months, including about 90 per cent of flights to mainland China.PHOTO:

HONG KONG (AFP) - Hong Kong's flagship carrier Cathay Pacific is asking its 27,000 employees to take up to three weeks of unpaid leave, CEO Augustus Tang said on Wednesday (Feb 5), as the airline faces a crisis in the wake of the new coronavirus outbreak.

"I am hoping all of you will participate, from our frontline employees to our senior leaders, and to share in our current challenges," Mr Tang said in a video message posted online.

On Tuesday, the carrier said it planned to cut about 30 per cent of capacity over the next two months, including about 90 per cent of flights to mainland China, Reuters reported.

It has already been hard hit by months of anti-government protests in the city that have put a significant dent in its revenue as people avoid the Asian financial hub.

As of Wednesday, the coronavirus, which is thought to have originated in the Chinese city of Wuhan, has claimed almost 500 lives and infected more than 24,500 people worldwide.
Top

According Channel News Asia, the vast discrepancy in fatality rates suggests that the number of reported cases can't be even close to the real figures and fatality rates may be too high.

"BEIJING: Fatalities from the coronavirus epidemic are overwhelmingly concentrated in central China's Wuhan city, which accounts for more than 73 per cent of deaths despite having only one-third the number of confirmed infections." 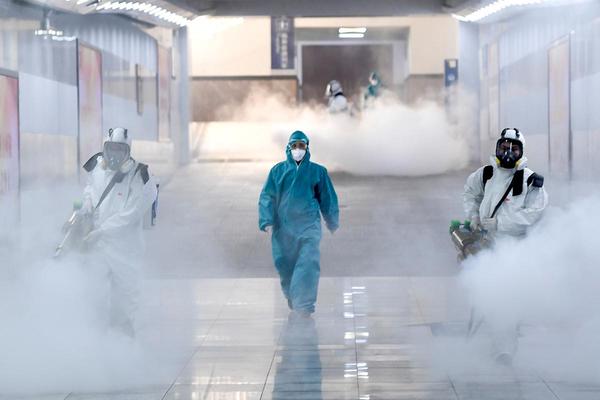 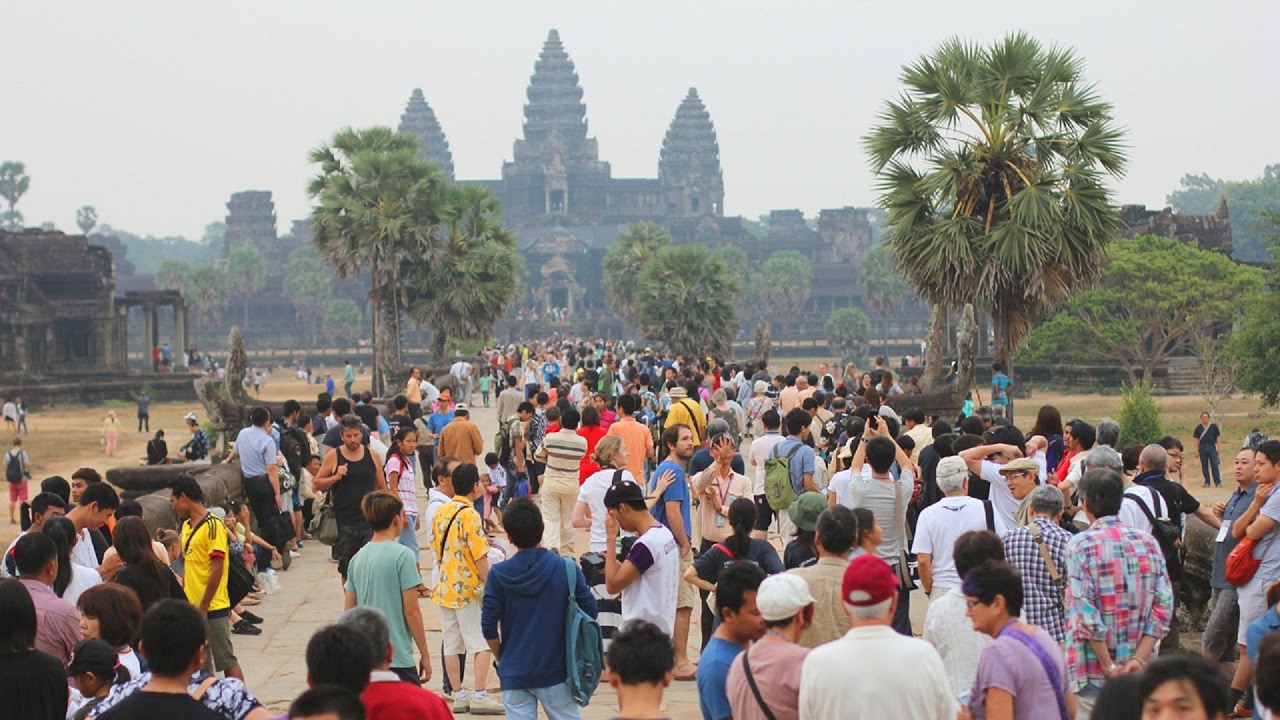 Britons returning from China advised to stay at home if they fall ill
Those returning to UK should self-isolate if they start to feel symptoms, says Matt Hancock
Alexandra Toppingand Kate Proctor
Last modified on Wed 5 Feb 2020 15.45 GMT
The health secretary, Matt Hancock, has said Britons returning from China will not be quarantined and should instead remain at home and call medics if they experience symptoms.

On Tuesday the Foreign Office advised the 30,000 Britons in China to leave “if they can” and recommended a ban on Britons travelling to China.

“The advice is that if they have symptoms then they should stay at home, self-isolate as it’s called, and call 111, not go to the GP or to the A&E because there’s a risk of spreading the virus,” Hancock told BBC Breakfast.
https://www.theguardian.com/world/2020/ ... y-fall-ill
Cambodia Expats Online: Bringing you breaking news from Cambodia before you read it anywhere else!

yongchi wrote: ↑Wed Feb 05, 2020 6:52 pm According Channel News Asia, the vast discrepancy in fatality rates suggests that the number of reported cases can't be even close to the real figures and fatality rates may be too high.

"BEIJING: Fatalities from the coronavirus epidemic are overwhelmingly concentrated in central China's Wuhan city, which accounts for more than 73 per cent of deaths despite having only one-third the number of confirmed infections."
https://www.channelnewsasia.com/news/as ... s-12397358

“It’s very hard to say those numbers represent anything like the true burden of infection” said Adalja, who estimates current fatality rates are likely below 1%.
As of Tuesday, 24,551 cases have been confirmed globally. A 1% fatality rate would put total cases at over 49,000, based on the current death toll of 492.
Gauden Galea, the World Health Organisation (WHO) representative for China, told Reuters on Sunday that a “crude calculation” done by dividing total cases by deaths put the rate at 2% and said the rate was generally falling.

https://www.reuters.com/article/us-chin ... SKBN1ZZ1AH
Cambodia Expats Online: Bringing you breaking news from Cambodia before you read it anywhere else!

Cruise ship in Japan port being quarantined with over 4,000 passengers and crew, cause 20+ people tested positive with the virus.

On BBC this morning they chatted with a Chinese lady whose grandmother died at home of the disease cause could not get in a hospital. She claimed good chance her grandmother would not make he list of those that died of corona.
How many others?
In a nation run by swine, all pigs are upward-mobile and the rest of us are fucked until we can put our acts together: not necessarily to win, but mainly to keep from losing completely. HST
Top

Share market doesn't seem to care too much...is is delusional and underestimating the impact to world markets?
Top

There are reports of massive under reporting of deaths coming from China. Bodies piling up at crematoriums etc....
Its way more serious than they let on.
Top
Post Reply Previous topicNext topic
2788 posts